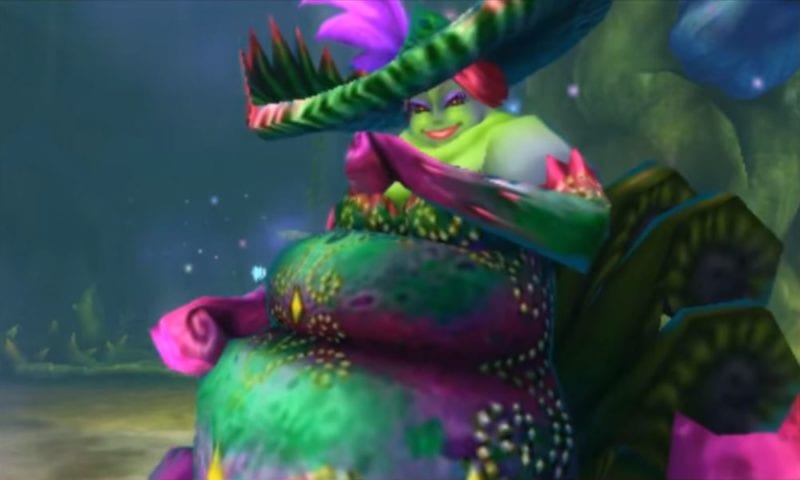 Shortly after you’ve defeated Ifrit several other Eidolon quests will become available, including the fight against Dryad. This brand new Eidolon is full of surprises, but if you go in prepared you shouldn’t have too much trouble.

Before you even set out for this fight, make sure you’ve got the Esuna ability bought and equipped. It can be used by anyone, and will be invaluable in this fight as Dryad frequently lets out a massive cloud of Very Bad Breath in front of herself, afflicting those caught in it with several negative status effects including fog, silence, confuse, blind, poison, and disable.

As soon as you are able, bust out that Esuna and clear away any remaining effects to get yourself back in top fighting condition. Additionally, gear that boosts resistance to any of the aforementioned status effects will come in handy too. It’s not difficult to dash out of harm’s way when you see the Very Bad Breath move announcement pop up, but it’s still good to be prepared just in case.

What you really need to look out for is her biggest attack: Upheaval. Once the move starts, Dryad digs underground and is completely impervious to attack. You’ll notice several extremely large reticles throughout nearly the entire stage, which you want to get out of immediately. There are very few corners of the level that will not be hit by Upheaval, so you’ll likely find yourself caught in the middle of the massive earth-based attack as the ground lifts up and deals high damage. If you can’t find safety in time, just make sure to avoid Dryad for a moment and heal up. It should be a given at this point in the game to have Cure (or preferably Cura, if you’ve unlocked it) and a stockpile of Potions and Hi-Potions at the ready.

Once Upheaval has finished, make sure to keep an eye out for what looks like steam coming from the ground. That’s where Dryad will reappear. If you’re standing in her way, her reappearance will hurt you. Likewise, if you need a moment to recuperate, run away from that area to safely heal up.

One of Dryad’s less intense moves is Flower, but you still need to be careful. She plants toxic flowers nearby that release poisonous gas when physically attacked, so make sure to hit them from afar with a bow and arrow or magic spells. If you don’t defeat the flowers they will bloom into Marlboros, creating just another minor nuisance for you to deal with.

If you’re playing with friends you should have a pre-established strategy in terms of who will be dealing heavy damage and who’s buffing and healing from the sidelines. If you’re playing solo, however, you definitely want to have three monsters by your side, ideally around level 10. Low levels monsters are fine too as they at least make for good punching bags and distractions, but it’s better if they’re a high enough level to do some damage before getting knocked out.

The negative status effects can make Dryad a somewhat annoying opponent, but if you take your time and fight strategically, you’ll come out the other end victorious soon enough.

If you’re having trouble with other boss fights or need help unlocking certain jobs, be sure to check out our Final Fantasy Explorers Wiki Guide for more tips and tricks!