It’s been a long time coming, but the much-anticipated release of Tom Clancy’s The Division is right around the corner. As has become the standard for online-centric experiences, The Division will launch a beta this weekend – Jan. 28 for Xbox One users and Jan. 29 for PS4. 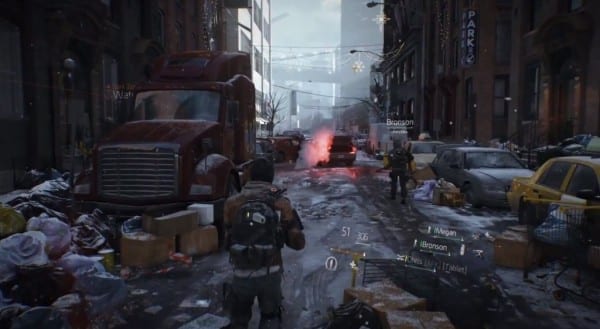 The word “beta” is a bit misleading as a description for any of these kinds of pre-launch demos. In actuality, they are server stress tests that provide user feedback that can be valuable for pushing out post-launch patches in a more expedited fashion. With the game set to launch in a little over a month, it is safe to assume it is approaching – if not already in – its final build, and major changes cannot be made to the core mechanic of the game.

With the knowledge that this game is probably going gold any time now, here are some things that the beta can shed some useful light on. 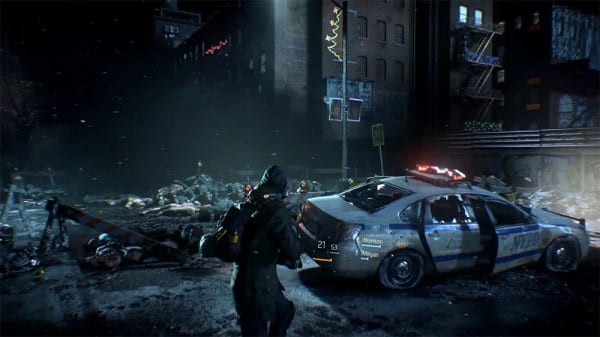 With The Division so close to launch, the beta’s running frame rate will be fairly indicative of the way the game will play when it launches on March 8.

The Division is mammoth in size, including a detailed replication of Midtown Manhattan. Like any other beta, it is likely only portions of the map will be playable, and it will be interesting to see how this slice of New York holds up.

Much noise has been made about recent quotes The Division’s creative director Magnus Jansen gave in an interview with EPNdotTV, claiming that “With the SnowDrop Engine, we are able to get the max out of any platform.” Still, those are just words until players can experience a seamless performance on their respective platform. 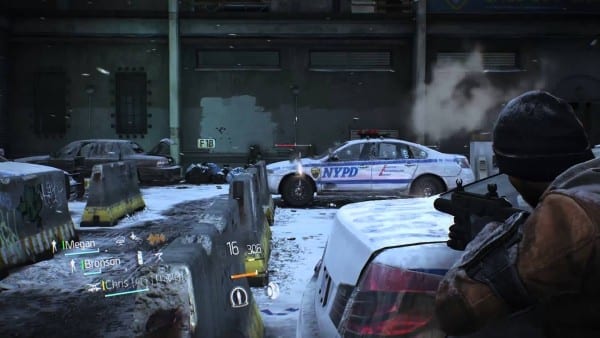 No matter how visually impressive a game is or how compelling the concept may be, it all relies heavily on the gameplay it brings to the table. The purpose of demos on previous console generations was to determine if a game was fun to play or not. The same applies to a modern day beta. At the end of the day, the player will be given a focused example of what it is like to actually play the game.

Was it fun? Did the shooting mechanic feel sharp? Were the controls logical and easy to adapt to? Does the game feel like an RPG with shooter mechanics thrown in, or a third-person shooter with some elements of roleplaying?

Already, there have been some questions about a design choices within the game, such as the amount of damage an enemy requires to be killed. In the beta, the player will decide for themselves whether or not these gameplay decisions fit in the universe created. 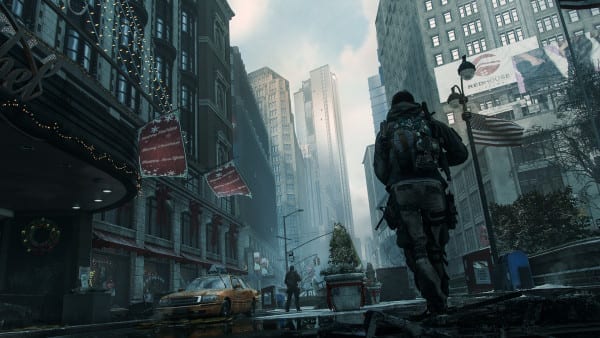 Recreations and re-imaginations of cities are nothing new in video games. Whether it is Chicago, Boston, or Washington DC, players love to see major cities and true-to-life landmarks in their games. The Division is attempting to recreate Midtown Manhattan on a one-to-one scale, complete with landmarks such as Madison Square Garden, The Empire State Building, and Times Square.

Now, players will finally get a taste of what the final product will look like. There is no doubt there will be sections of the city which will be inaccessible in the beta, but what players are allowed to explore will be a good indicator of the level of detail Midtown Manhattan will offer. 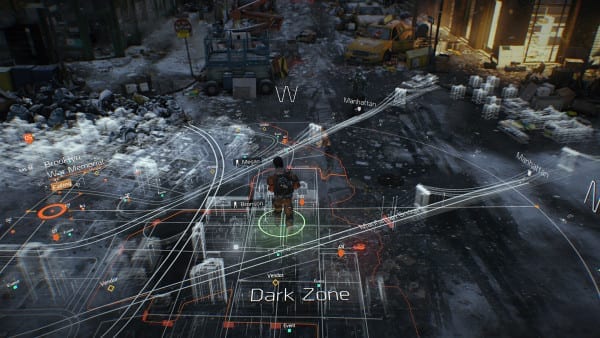 The UI of an RPG can be a make or break feature. If it is difficult or clunky to navigate load-outs, skill trees, or the map, the entire user-experience will suffer. The Division seems to have some genuinely unique UI designs, such as a floor map that appears around your character and the extremely detailed gun customization screen that hearkens back to the days of Ghost Recon: Advanced Warfighter 2.

The beta will give players a glimpse of the skill trees available to build upon, and the level of customization available for gear and weapons. It is unknown and unlikely that any progress from the beta will carry over, but knowing at what rate players can level up and gain new gear and how these customizable aspects unfold will help determine whether The Division stands on the legs Ubisoft has imagined. 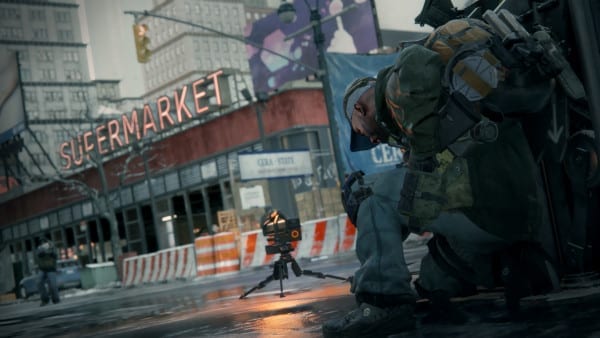 The Division has already created a lot of intrigue around its story. Based on a near-future, catastrophic event wherein money was laced with small pox virus and circulated on Black Friday, players control individual agents as society spirals out of control. In the game you fight for resources and attempt to restore order to New York City. Sounds like a solid start.

One may not get a deep analysis of the story from just the beta, but from the pre-launch short film, The Division: Agent Origins, it seems that Ubisoft is taking great care on the narrative side of their upcoming release. According to Ubisoft’s description, the beta “will take you through early story-driven missions that establish your foothold in New York.”

This means that players will at least get a bit of a feel for the story offered in The Division’s full release. From setting up a base of operations to meeting some of the important characters that will provide missions later on, players will establish a base-line for the tone of the game. 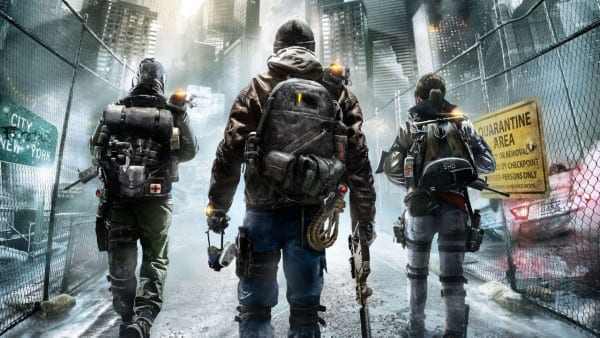 As mentioned before, pre-launch betas for online-centric games generally serve as a server stress test prior to release. The Division relies heavily on its interconnectivity, and requires an online connection to be played. A hiccup in the servers would spell disaster for the game, and Ubisoft hasn’t always had the strongest track-record of smooth launches. Ubisoft’s most recent beta for Rainbow Six Siege was plagued by a myriad of server issues, and its release weeks later suffered similar, though not quite as widespread, issues.

Excitement for The Division is reaching fever pitch levels, and that means players will be swarming the beta as soon as it becomes available. A smooth beta launch does not ensure a smooth full-game launch, but unstable servers a little over a month out could mean the final product will struggle similarly. 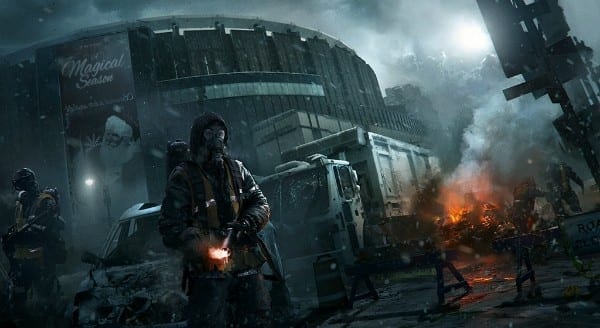 The best loot is found in the Dark Zones of New York City, epicenters of the outbreak that were abandoned, leaving behind high level gear. Players will get a chance to try for some of that loot when the beta launches.

The Dark Zones are where The Division’s PvP takes place. Go in alone or with a team of other agents to try to extract valuable pieces of equipment. Only the pieces that are taken out and decontaminated can be used.

There are two things to look for when playing Dark Zones, the first of which is a test of the concept itself. How valuable are the items that can be obtained? Just how often do you encounter other players in these zones?

Secondly, and maybe more importantly, how do your friends cooperate? That any agent in the Dark Zone can either work cooperatively and split the spoils or go rogue in an attempt to eliminate all of the agents and take all of the loot may mean players in the beta might find their new friends stabbing them in the back for a sweet gun.

There is a lot to be learned during this weekend’s beta. Those who are excited for the game will get just a small taste of what the full product will be when it launches. What are you looking for when the beta launches later this week? Leave a comment below!