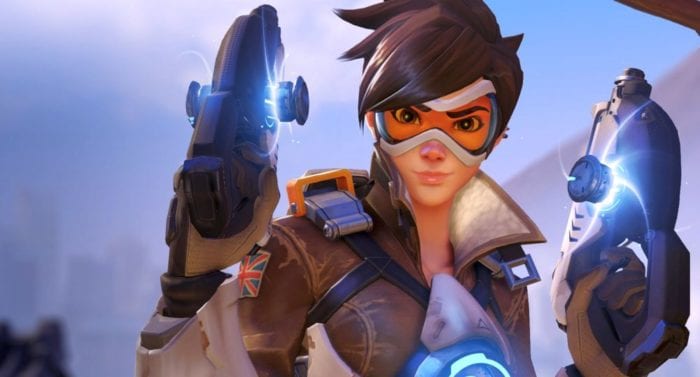 Overwatch is finally out for the PS4, Xbox One, and PC. With that in mind, what better way to celebrate its official launch than by taking tons of beautiful screenshots and showing them off to the world? The screenshots taken below show off the fun and colorful gunplay of Blizzard’s new online multiplayer shooter, and also feature characters like Tracer, Soldier 76, and Reaper. If you’re still on the fence about whether or not to get this competitive shooter game, maybe these stunning screenshots will help you decide.

While the game was plagued with a few server issues at launch, Blizzard seemed ready for this problem, and all connectivity problems were quickly cleared up within the first ten minutes of the game’s official release. So far, I’ve clocked about four hours in the PS4 version of the game, and have yet to run into any severe connectivity issues.

Overwatch has a few game modes that pits players against each other on two teams of six. You’ll have to complete objectives in order to win the match. These objectives include escorting or defending a payload, and defending or attacking a control point. There are tons of different characters for you to choose from and play as, allowing for all sorts of play styles.