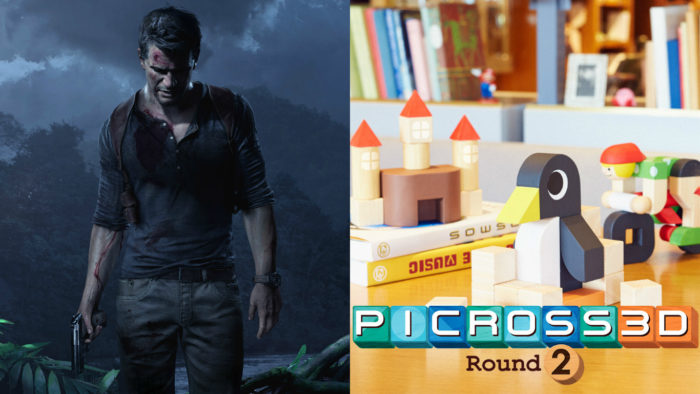 This year we saw a lot of great contenders to take top spot in the best reviewed game of 2016. Whether it be multiplayer shooters like Overwatch, or expansive RPG DLC like The Witcher 3: Blood and Wine.

In order to be the best reviewed game, the title must maintain the highest average across all available platforms. However, this year the holder of the top spot ended up being a platform exclusive, that is Uncharted 4 on the PS4.

Some other close contenders included titles like Playdead’s Inside, NBA 2K17, or even the baseball management strategy game Out of the Park Baseball 17.

There was a great deal in variety for the list of best reviewed game of 2016. Everything from puzzle, to strategy, to sports and RPG. Only a couple VR games managed to make the list, Rez Infinite and Keep Talking and Nobody Explodes on the PSVR. It appears since the PSVR is a new system, its gathering more attention for reviews than the more established VR systems like HTC Vive and Oculus Rift.

A few indies made the list as well, one of the most interesting being Owl Boy from D-Pad Studio that has been working on the title since 2007. It features beautiful pixelated artwork, and managed to get to number 10 on our list this year, putting out several other AAA titles like Dishonored 2, Dark Souls III, and Battlefield 1.

There were very few 3DS titles this year, with Picross 3D: Round 2 and Fire Emblem Fates: Special Edition being the only inclusions.

Who knows what next years contenders will be. Check back next year at Twinfinite for the best reviewed games of 2017.

What are 2016's top games? What does Metacritic think they are? Are these answers the same?

To find out, we collected the 25 best reviewed titles according to Metacritics' list of best games for 2016, calculated their average score across all available platforms, and laid out the ranking here. For example, even though Forza Horizon 3 scored a 91 on its Xbox One platform release, a much lower 86 on PC scaled it back to 88.5. Single console releases are ranked solely from the score for that one platform.

Sequel to the 2012 Dishonored, Dishonored 2 boasts an average score between all platforms of just over 87. On Xbox One and PS4 it reached 88, while on PC it received an overall 86.

Orwell is a strategy game that places the player in the role of a state operative who attempts to find national security threats. On its sole platform, PC, Orwell got a solid 88 score.

World of Warcraft's sixth expansion, Legion, was reviewed by dozens of critics. It gathered an 88 average score, making it the fourth best reviewed World of Warcraft expansion yet after The Burning Crusade, Wrath of the Lich King, and Cataclysm.

XCOM 2 first released on PC back in February, and then came to PS4 and Xbox One in September. At spot number 22, it achieved an average score across all platforms at just under 88.

Sequel to the popular but short-lived title of 2014, Titanfall 2 managed to get scores across the high 80s on all platforms, averaging in at just under 88 and placing it at spot number 21.

This WWI shooter is the fifteenth entry in the Battlefield series, and first main entry since Battlefield 4 in 2013. When averaging all platforms, it scored just under an 88.

Fire Emblem Fates: Special Edition includes access to all of the game's story arcs from Birthright, Conquest, and Revelation. On its sole platform, the 3DS, it received an 88.

Although Rise of the Tomb Raider released for Xbox One and PC systems last year, it finally came to PS4 in the form of a 20 year celebration for the franchise. Its return and solid 88 score grants it spot number 17 on this countdown for its sole console re-release in 2016.

#17 ORI AND THE BLIND FOREST: DEFINITIVE EDITION - XBOX ONE, PC

From independent developer Moon Studios comes the 16th best reviewed game of 2016, Ori and the Blind Forest: Definitive Edition. The original of the title released in 2015, and this edition reigns in a score of 88.

Said to be a spiritual successor to the Harvest Moon series, Stardew Valley places at number 16 with an 88 score. That number has the potential to go up even more, as it was just released for the PS4 system this week.

Across all platforms, Dark Souls III had an average score of just over 88. On the PS4, its most well-reviewed platform, it got an 89, putting it at number 15 for 2016.

Although Forza Horizon 3 scored 91 on its Xbox One platform release, an 86 for PC scales it back to 88.5 and places it at spot number 14 for this year.

Sid Meier is back again, and the sixth entry in the long-running Civilization series obtains a solid 89.

Keep Talking and Nobody Explodes arrived on PC VR systems last year, and finally to PS4 via PSVR this October. Although on PC this bomb-deciphering title only gained a 67, on PS4 it was able to gather a hugely improved 89.

Sequel to the 2009 original puzzle title (which scored an 83), Round 2 managed to acquire a solid 89 this year.

This beautifully designed pixel game comes from independent developer D-Pad Studio, which started on the title back in 2007. Dozens of critics have weighed in on the success of this 2D platformer, and granted it an overall score of 89.

Rez Infinite is a port of the PS2 title Rez from 15 years ago. Available on both the PS4 and its PSVR system, Rez Infinite has gathered an 89 score on Metacritic since its release in October.

NBA 2K17 lands in spot number 8 with average score between all platforms reaching just below 90. Its best console score was on the Xbox One, a solid 90.

The forth act of this indie, episodic, point-and-click adventure game gained an impressive 90 on Metacritic. Its third act, released in 2014, received an even better 91, and Act V is on its way with an official release date TBA.

After the success of ominous side-scroller Limbo, development studio Playdead met hype and released an impressive extension of their first title with Inside. Despite a single word never being spoken, Inside's story carries the player on a dark and dingy joyride through cleverly designed puzzles. On Xbox One, Inside received an impressive 92 with an average between all console arriving at approximately 90.

From Blizzard comes a take on the multiplayer first-person shooter genre that feels like what would happen if Pixar Animation Studios gave all their characters guns. With ongoing seasonal events, competitive seasons, new characters, and hefty patches, Overwatch is game that just won't quit.

This baseballstrategy game licensed by MLB.com and the MLBPA was able to acquire a 92 score by receiving high praise from the few critics that did review it. If you're into the management side of the sports world, Out of the Park Baseball 17 is the game for you.

Even though The Witcher 3: Wild Hunt released in May of 2015, its DLC is continuing on the legacy. Blood and Wine is The Witcher 3's second and final DLC, and due to its beautiful new scenery, numerous new monsters, and hours of extended gameplay, it nabbed second place with an average of just over 92.

The honor for 2016's highest rated game goes to Naughty Dog's Uncharted 4, scoring a 93 on its exclusive platform, the PS4. Over 100 critics contributed to this year's highest averaged score, but it still is a ways off from the most well received entry in the series, Uncharted 2: Among Thieves lies at a whopping 96 Metascore.
Comments
Continue Reading
Related Topics:2016, 3ds, best, feature, games, Metacritic, PC, ps4, reviewed, Xbox One