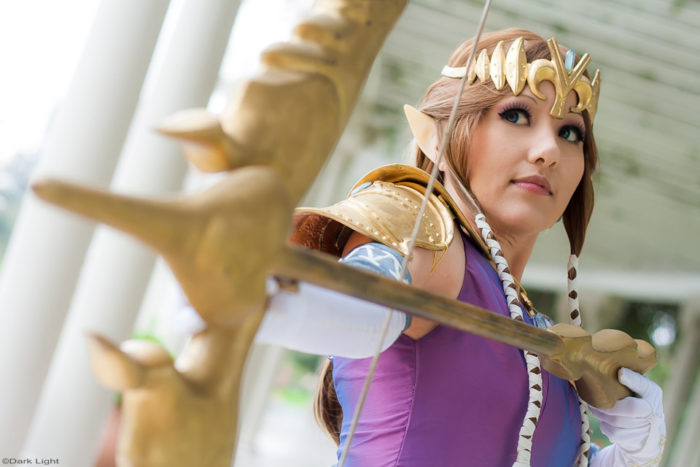 the best legend of zelda cosplay from around the world

The Legend of Zelda is one of the most prolific video games series around, celebrating its 30th anniversary this year. The series has taken fans on countless adventures and created beloved characters like Link, Zelda, Ganon, Impa, and Saria, just to name a few. With such memorable characters and stories there was bound to be a healthy dose of cosplay created, but Zelda fans have really gone above and beyond to create some phenomenal cosplay of their favorite characters.

By and large the character you see the most is, of course, Link. The titular hero of the Zelda series has become one of the most recognizable mascots in all of gaming, and there’s a lot of variation for the character between different entries. Most of the time, you see Link in his iconic green tunic, sometimes with variation, like having the hat from Minish Cap, or the slightly more lime green attire of Young Link. Other times though, cosplayers portray Link in some of his casual clothes, like the starting outfit in Skyward Sword, or even the new iteration from Breath of the Wild.

Besides Link, you also see a lot of Princess Zelda, the other most important character in the series. Like Link, Zelda has quite a few different iterations across the series, although she’s been in nearly every game. You have the spunky pirate Tetra from Wind Waker, the regal style outfit from Ocarina of Time and Twilight Princess, or even the more casual look she sports in Skyward Sword. You can’t forget Zelda’s secret identity either, as the elite warrior named Sheik, who’s also fairly popular for cosplay. but these are the best legend of zelda cosplay you’ll find.

Of course, you can’t talk about the Zelda series without bringing up the many memorable and iconic villains it has. Ganon, the main villain of the series, is the one that pops up the most, and cosplay versions of the hulking character are just as intimidating as he is in-game. Besides Ganon though, you have a host of other villains like Ghirahim, Zant, and Skull Kid that consistently pop up. Each of their incredibly unique designs makes them perfect for some truly memorable cosplay.

With 30 years of history The Legend of Zelda has plenty of content to draw from, and cosplayers have already done fantastic jobs bringing the characters to life. No doubt as players dig into Breath of the Wild, and we get even more experiences from the series, we’ll continue to see imaginative cosplay.

that’s it for the best legend of zelda cosplay. stay tuned for more!

Princess Hilda - A Link Between Worlds

Ravio - A Link Between Worlds

Link - Breath of the Wild