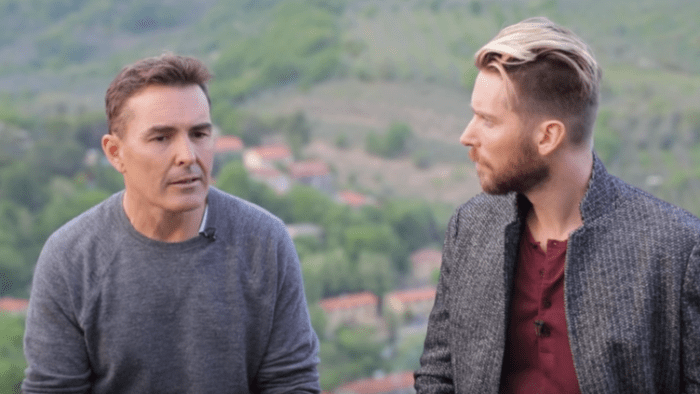 Camilla Ludington – Lara Croft (Tomb Raider): Camilla Luddington’s acting career has predominantly been on television, making appearances in True Blood, Grey’s Anatomy, and CSI. In 2013 she became the new face and voice of an iconic video game character, Lara Croft. She has only voiced characters in three games: Lara in Tomb Raider and its sequel, and a couple of characters in 2013’s Infinite Crisis. He performance as Lara was so convincing that she was seriously considered for the upcoming cinematic reboot of Tomb Raider. Voice Actors.

Judi Beecher – Madison Paige (Heavy Rain): Even though some of the writing in Heavy Rain makes the performances seem un-natural at times, when the game is at its best the voice actors are at the top of their game. Judi Beecher’s Madison is the most convincing character. Her performance is emotional, heartfelt, and ensures the player cares about the fate of her character. Heavy Rain is the only game in which she has voiced a character but she did appear in Taken 3 alongside Liam Neeson in 2014.

Courtnee Draper – Elizabeth (Bioshock Infinite): Courtnee Draper how given her talent to films such as Surf’s Up and the English translation of Ponyo but has also voiced characters in Kingdom Hearts 2, the Dinsey Infinity games, and, of course, Bioshock Infinite. She perfectly captured the persona of a young, intelligent girl who is coming to terms with a world she hasn’t been able to experience before.

Ashley Johnson – Ellie (The Last Of Us)

Troy Baker – Joel (The Last Of Us)

Camilla Luddington's acting career has predominantly been on television, making appearances in True Blood, Grey's Anatomy, and CSI. In 2013 she became the new face and voice of the iconic video game character, Lara Croft. Camilla has only voiced characters in three games: Lara in Tomb Raider and its sequel, and a couple of characters in 2013's Infinite Crisis. Her performance as Lara was so convincing that she was seriously considered for the upcoming cinematic reboot of Tomb Raider.

Even though some of the writing in Heavy Rain makes the performances seem unnatural at times, when the game is at its best the voice actors are at the top of their game. Judi Beecher's Madison is the most convincing character. Her performance is emotional, heartfelt, and ensures the player cares about the fate of her character. Heavy Rain is the only game in which she has voiced a character but she did appear in Taken 3 alongside Liam Neeson in 2014.

Courtnee Draper has given her talent to films such as Surf's Up and the English translation of Ponyo, but has also voiced characters in Kingdom Hearts 2, the Dinsey Infinity games, and, of course, Bioshock Infinite. In the latter title, she perfectly captured the persona of a young, intelligent girl who is coming to terms with a world she hasn't been able to experience before.

As the main villain in the Arkham series, The Joker is central to the plot of all four games. Hamill perfects the creepy craziness of the iconic character and acts as a consistent thorn in the side of the player's Batman. The laugh, the tone of voice, and the spot-on overall performance make Hamill's Joker one of the best from any medium.

Nolan North is one of the most famous voice actors in the video game industry, but by far his most famous role is that of Nathan Drake. The likability of Uncharted's protagonist plays a huge part in the popularity of the series and much of that is down to the stellar performance of Nolan North.

The voice of GLaDOS is one of the most iconic in gaming. The innocent sounding, but secretly malicious, robot plays a huge part in the story of the Portal games. Her promise of cake is one of the most famous lines in gaming history. McLain has also played a role in a number of other Valve games including Half Life 2 and Left 4 Dead.

Rob Wiethoff has only played characters in Red Dead Redemption and a game called Codename Cygnus but it is the former he is known for most. Wiethoff's portrayal of John Marston is impressive due to how complicated the character is. Marston is a bad man trying to atone for his past and he is played perfectly. Maybe we'll see him return soon.

Melissa Hutchinson is an experience video game voice actor having played a role in both the Kane and Lynch and the Time Crisis series, as well as many of the Telltale Games. However, it is her portrayal of Clementine in the Walking Dead games that she is known for. She perfectly plays the innocence of the young girl and her determination to survive. She also provides the emotional weight to scenes, especially the final moments of Season One. Her performance is key in making the story of Telltale's The Walking Dead so effective.

Cortana plays a huge role in the Halo series. Having featured in most of the games, she provides information to the player and is important to each individual game's story. The voice of Cortana is so well known and the performance is so strong that it became the inspiration for Microsoft's intelligent personal assistant.

Ashley Johnson - Ellie (The Last Of Us)

The Last of Us is more about the relationship between the two protagonists than it is about the post-apocalyptic world they inhabit. Ashley Johnson's Ellie is one of the best designed characters in gaming. Having grown up in the game's world, she is a complicated person who is unaware of the past but strong in the one she knows. Johnson's performance is extremely believable and is central to one of the best character pairings in recent memory.

Michael Mando has spent most of his career acting in film or TV and his only video game appearances are Far Cry 3 and, inexplicably, Shawn White Snowboarding. However, this didn't stop him from playing one of the most menacing video game villains of the past 10 years. Vaas, although he doesn't appear much, is a constant source of terror in Far Cry 3. His soft tone of voice, paired with his violent actions, make him a fascinating character. His monologue on insanity is also the most memorable moments from the Far Cry franchise.

Dave Fennoy has played characters in numerous high profile franchises including Grand Theft Auto, Fallout, and Mass Effect. However, his portrayal of Lee Everett in The Walking Dead is by far is best an most substantial role. Lee's tale of redemption and friendship is emotional and heart-wrenching and is performed magnificently by Fennoy.

Grand Theft Auto V's Trevor is one of gaming craziest characters. Mentally unstable and violent, but hilarious, Trevor is perfect for the over the top world of GTA. Steven Ogg manages to capture the craziness of the character and delivers every line perfectly, ensuring Trevor isn't seen purely as comic relief.

Troy Baker - Joel (The Last Of Us)

Troy Baker is THE most famous voice actor working in video games today. He's been in Call of Duty, Uncharted, inFamous, and The Last of Us. The latter is probably his best performance to date. From the opening moments of Naughty Dog's game, Baker's performance is emotional and believable. Joel is not always a good person but his relationship with Ellie is one of the best in any video game.

Very rarely does a character and his actor look so alike, but that is down to the excellent motion-capture technology used in L.A Noire. At the time, the ability to replicate every in-game every facial movement an actor made when recording was revolutionary. The subtle additions Staton made to his character made him even more interesting and made the overall story of L.A Noire all the more compelling.

Sarah Grayson's voice performance in Gone Home is smooth and relaxing yet, when paired with the game's eerie setting, is quietly haunting. It would be difficult to describe her character without giving away too much of the stellar story but rest assured, Grayson gives one of the most emotional and effective performances in any video game.

Hannah Telle's only video game voice performances are in the very mediocre Murdered: Soul Suspect and the fantastic Life is Strange. In the latter, she perfectly portrays the familiar struggles of teenage life and the not-so-familiar feelings that come with possessing the ability to reverse time. Her performance is full of emotion and captures Max's thoughts and friendship with ease.

Ashly Burch's portrayal of Chloe in Life is Strange has won countless awards for best voice performance in a video game. Chloe is relatable to so many people, in a number of ways, and the emotion Burch manages to instil in her character is incredible. Life is Strange's story is devastating, but it wouldn't be nearly as powerful without Ashly's excellent work.

The way Elena looks in the Uncharted series may have changed over the years, but her voice has always remained instantly recognizable. From her witty exchanges with Nathan Drake to the familiar Uncharted grunts and shouts, Elena Fisher creates a character that is far more than a side-character in the excellent series, she is integral to its strengths and popularity.

Victor Sullivan, or 'Sully' as he is better known isn't the main character in the Uncharted games but he has become a mascot for the PlayStation over the last few years. His dry humor and interplay with Nathan Drake makes every scene he is a part of a delight and most of that is down to the excellent performance from Richard McGonagle.

Steve Blum has lent his voice to a number of action games from the Call of Duty series to Mass Effect 2 but his best role is probably that of Wolverine in the Lego Marvel games. Wolverine plays a huge role in the games and is often at the center of some of the funniest moments in every game.

The voice performances in Destiny aren't the best across the board but Nathan Fillion's performance as Cayde-6 certainly stands out. As the Hunter Vanguard in the Tower he is mysterious and is important to any Hunter player. He may be more famous for his roles on television but his work in Bungie's famous games, having appeared in Halo as well, only makes his talent clearer.

The InFamous series has featured some excellent characters over the course of its three games and two spin-offs. One of the best is Fetch from InFamous: Second Son, whose quirky personality and cool neon power made her stand out in every scene she was in. As a character, she was so good that she was given her own spin-off game that focussed on her backstory, in the form of InFamous: First Light. Much of the reason why players liked Fetch was down to the excellent performance by Laura Bailey.

Jennifer Hale has been a part of huge video game franchises, such as Metal Gear Solid and Star Wars, but it is her performance as the female version of Commander Shepard in the Mass Effect series that's her most famous role. It is amazing that Hale managed to create such a well-rounded character in such a deep story.

Martin Sheen is one of the most instantly recognizable faces to have worked in the video game industry. He has been a Hollywood heavyweight for years, and his acting talent was made clear in his voice performance for The Illusive Man in the Mass Effect series. His character is one of the best original villains to feature in a game in the last decade.
Comments
Continue Reading
Related Topics:25, Actor, best, laura bailey, Nolan North, performances, top, troy baker, Voice, voice actors