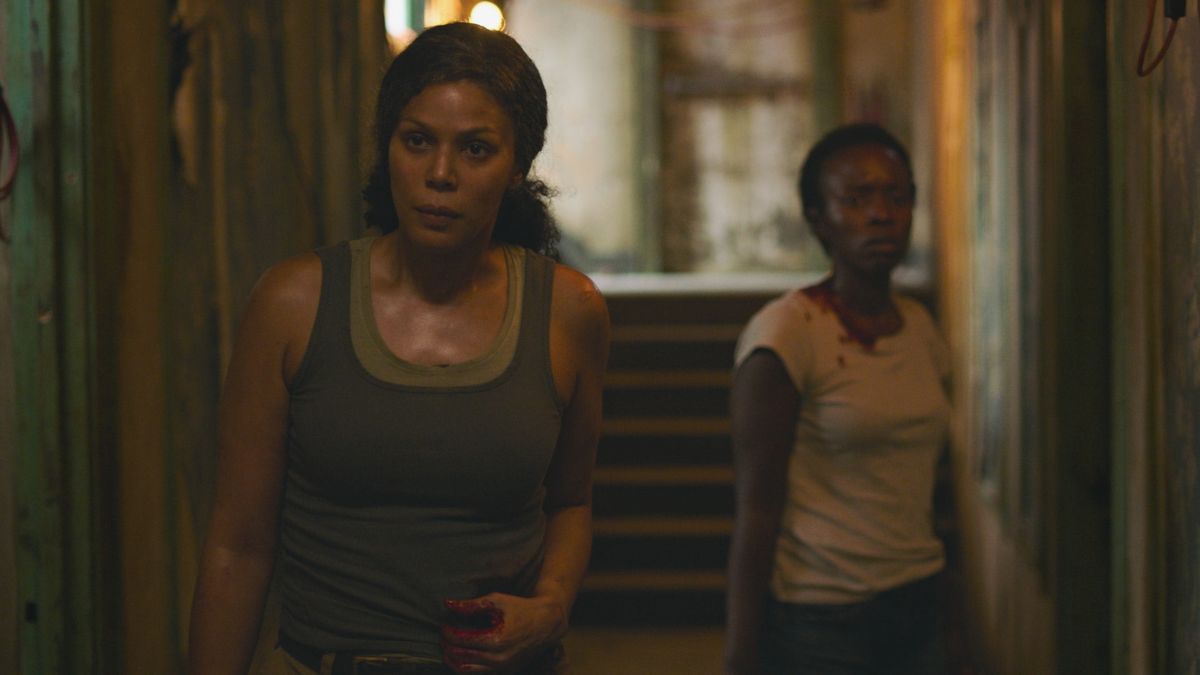 HBO’s The Last of Us has taken the much-loved story of TLOU’s video game franchise and adapted it for television, bringing along the characters we all love and adore. The frontrunning duo, Ellie and Joel have made their debut onscreen, along with other significant characters, such as Tess, Tommy and Marlene. But who exactly is Marlene? She seems to be someone of importance, yet had a shroud of mystery surrounding her character during her debut. Here’s everything you need to know about who Marlene is in HBO’s The Last of Us.

Marlene’s Character in HBO’s The Last of Us, Explained

Marlene is first shown onscreen in a conversation with Ellie, after showing up with her backpack to presumably let Ellie out from being chained into one of the rooms in the Fireflies hideout. Noting how other members seem to listen to Marlene’s instructions, and the fact that Ellie points at Marlene whilst referring to the Fireflie as terrorists largely hint at the fact that Marlene is one of the members of this organization. However, from the first episode alone, not many solid details are given about who Marlene is and what role she holds, other than knowing something important about Ellie.

As the show is following the story of the games, it’s likely that Marlene’s full background will be revealed in the episodes to come. But if you can’t wait to find out more about this tough-as-nails badass who managed to take a bullet wound like it was nothing, you can read on below for a more in depth explanation of Marlene’s character.

Marlene just so happens to not only be a member of the Fireflies, but their overall commander. Marlene also happened to be a good, longtime friend of Ellie’s mother, Anna, which is why she knows so much about the sarcastic teen. Having the Fireflies monitor Ellie as she grew up was part of a promise Marlene made to Anna, and the decision of sending her to FEDRA Military School was a choice Marlene made so she knew she would be safe, and learn vital survivalist skills.

Marlene also happens to have a close bond to Tommy, due to the time he spent as a member of the Fireflies, prior to disbanding from their cause. Tommy once told Marlene that if she needed anything, she could depend on Joel, which is perhaps why Marlene chose to entrust both Joel and Tess with the vital information of getting Ellie to her required destination unscathed.

Marlene fully believes that Ellie’s immunity is the answer for a cure, and would allow humanity the fighting chance of out-living the apocalypse. For this reason, she decides to ship her off to the hands of scientists and doctors, who have the potential to extract this proposed cure from her DNA.

The cause of the Fireflies is ultimately to restore order of a functional Government, and shut down the rule of the military within the Quarantine Zones. With their efforts failing to have as much success as what they’d hoped, numbers of the Fireflies began dwindling, until Marlene stumbled across a bitten Ellie, taking her under her wing. Marlene almost opted to shoot Ellie, before realising that the bite had not taken effect on her, despite the infection. Seeing Ellie’s immunity as the key for the Fireflies’ cause, Marlene is ready to put her life on the line, and do whatever it takes to get that cure, no matter the costs.

That’s everything you need to know about who Marlene is in HBO’s The Last of Us. For more helpful and entertaining guides, lists, and news, check out the rest of our content here at Twinfinite. We have a variety of The Last of Us topics that are sure to help you survive the apocalypse, such as where does HBO’s The Last of Us take place, why Ellie is so important, and what the Zombies are called.