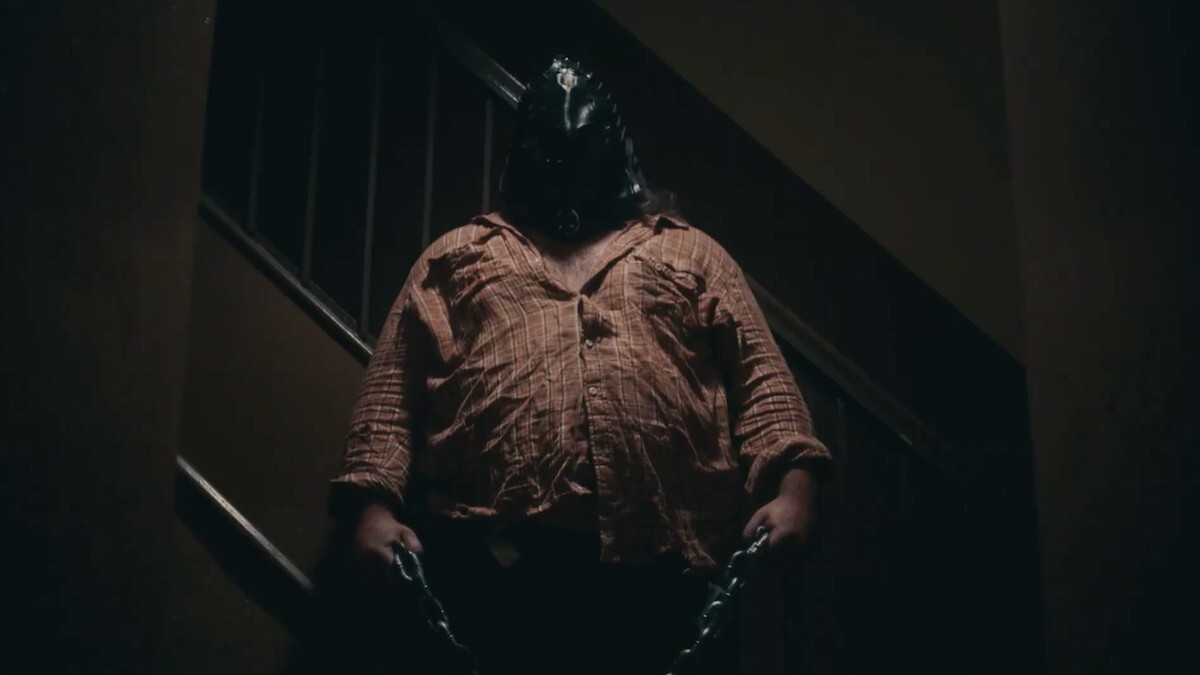 If you’ve ever thought that horror films don’t delve into the realm of politics enough, an upcoming indie horror film is ready to smash into your house like the Kool-Aid Man. While there have been subtle horror films that toe the line just enough, Poundcake is here to serve its very obvious purpose of stirring up controversy while serving up satire.

The plot is pretty simple: a hulking, terrifying figure is stalking people in New York City and murdering them through rather gruesome means. However, this killer only targets a certain population group. That’s right, this killer only goes after straight white men. The killer’s motivation and origins will surely be a focal point of the film, even while the inhabitants of the film’s world don’t take this as seriously. Some mock it as a hoax perpetrated by the media or laugh at the absurdity.

Poundcake is rather unique in that it seems that most of the runtime won’t be given to the killer’s victims at all, but they will be background-dressing for the podcasts and talk shows in which characters discuss the killer and what might be happening in the city.

The ridiculous victim aspect is clearly a play on Jason Vorhees and Freddy Krueger only killing teens, but with an added political aspect to garner attention. Poundcake is unlikely to be the next Jordan Peele-esque horror film, but the trailer definitely delivers when it comes to the menacing killer.

There isn’t currently any information available for when or where eager viewers can expect to see Poundcake. Some of director Onur Tukel’s previous work has ended up on the Freevee streaming service, so that’s certainly a possibility with Poundcake.