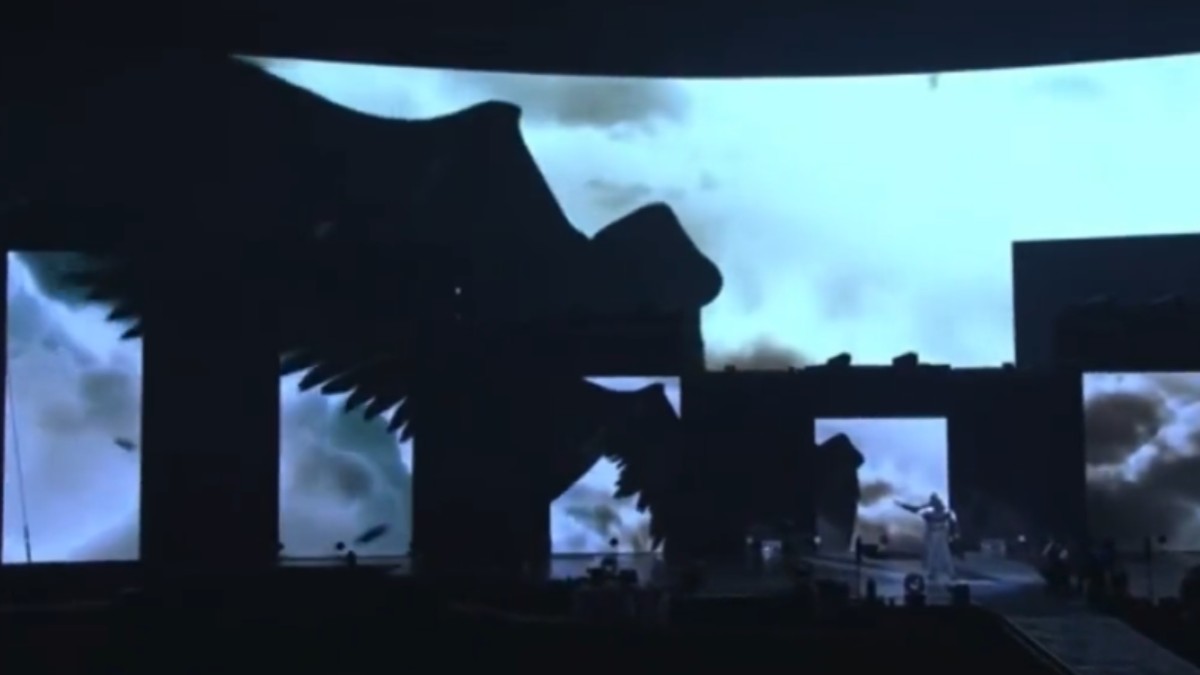 Kenny Omega has finally made his long-awaited return to New Japan Pro Wrestling in what could go down as one of the Best Bout Machine’s most iconic entrances yet. The wrestler, who is a well-known fan of Japanese role-playing games, made his trip back to NJPW decked out in new wrestling gear inspired by Final Fantasy 7 villain Sephiroth to confront his longtime rival Will Ospreay.

Omega, who is no stranger to theatrics, unveiled a massive dark wing and cut a menacing presence as he made his ring-walk to Sephiroth’s theme, One Winged Angel, composed by the incomparable Nobou Uematsu.

Omega has also been known to drop some references to video games in his wrestling style, naming some of his signature moves One Winged Angel and V-Trigger, a nod to the move of the same name, which is featured in the Street Fighter series.

Ospreay and Omega are locked in one of the biggest feuds in wrestling today due to the intense and bitter rivalry between the two, which has spanned years and multiple wrestling promotions. Omega initially challenged the champion to a title match at the Historic x Over event after he and The Elite were attacked by Ospreay at All Elite Wrestling.

The two finally clashed in a bloody match for the IWGP Championship belt at Wrestle Kingdom, which led to him picking up his second run champion and ending Ospreay’s reign at 200 days. The event held even more surprises for fans when Sasha Banks made her debut on the promotion under her new moniker Mercedes Mone to challenge current women’s champion Kairi.