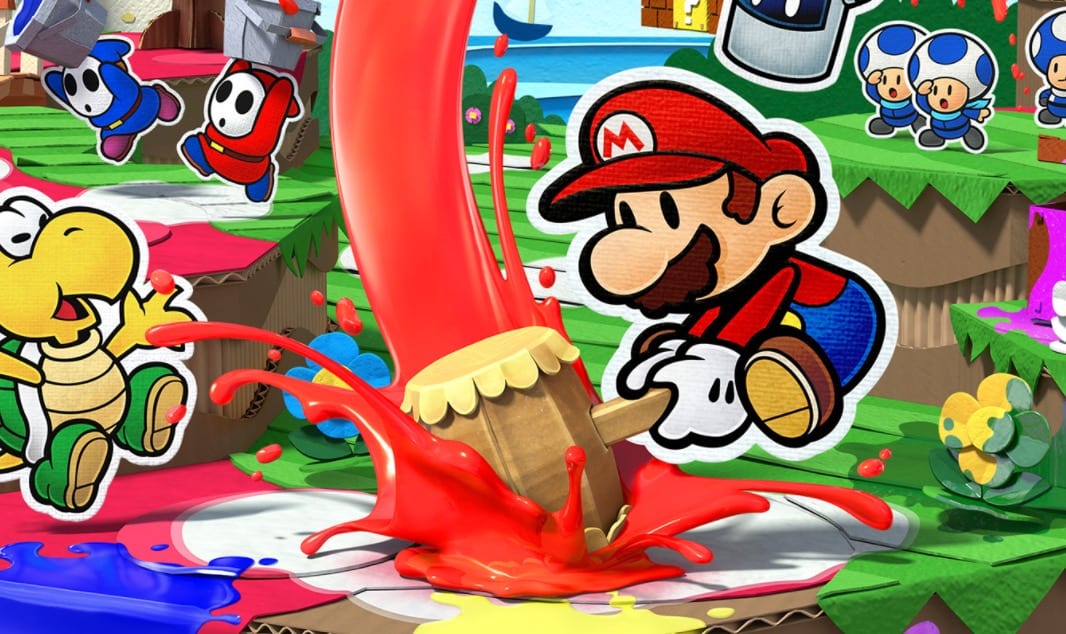 From 2000 all the way until 2020, Paper Mario is a series that has gone through a lot of metamorphoses. From adding new mechanics upon every new iteration to flat-out switching genres, Paper Mario has never stayed the same. As a result, people have strong opinions on what the best Paper Mario games are.

It’s because of this metamorphosis that these games have widely different critical and fan reception. Some fans want the series to stick to its RPG roots, while others are happy that the developers are prioritizing innovation and new ideas.

While it may be hard to compare and contrast games with very different mechanics, there is definitely a big range in quality among the Paper Mario franchise. So let’s just jump right into it.

Paper Mario: Sticker Star is at the bottom of this list for one simple reason: none of its mechanics complement each other, and the game feels like one big gimmick. While in past games, the paper aspect of Paper Mario felt like nothing more than an aesthetic/art direction; Sticker Star leans hard into making sure every aspect and mechanic has something to do with paper/stickers.

You gather stickers to use in battle and to solve puzzles like building a bridge/gate. Even battle status aliments are paper-based puns like Mario getting soggy, clipped, or tacked. And the game is filled to the brim with jokes that are just about paper. The issue is that this game tries to have RPG mechanics without being an RPG and gives players no sense of reward or accomplishment for engaging in battles.

What’s the point in having a battle system when there is no incentive to fight? In a typical RPG, if you do random battles, you get more experience points, items, or maybe even gear that your party can use. In Sticker Star, you get coins that you use to buy more stickers to use in battle. But what’s the point in that when you don’t want to battle, to begin with?

The best way to describe Sticker Star is that it’s a shadow of its former shadow. It tries to implement things that people used to like about the older games but does it so watered down that it’s a chore to play. There are no interesting characters to interact with, it doesn’t have a good story to be a part of, and the world just isn’t fun to explore. Sticker Star is, without a doubt, the worst Paper Mario game.

Paper Mario: Color Splash is higher on the list because it takes what Sticker Star does and improves on certain aspects while also painfully leaning even more into the things that made it bad, to begin with.

Stickers were the gimmick of Sticker Star, and just like the name suggests, Color is the gimmick of Color Splash. Locations in this game have been sucked dry of color, and it’s Mario’s job to fix it.

Again there is no incentive to battle other than to get coins and more paint, which the game gives you so much of that you will never run out. You fill in colorless spots in the world in order to progress, but this is no real obstacle, as paint can be obtained anywhere.

I’ll give credit where credit is due; however, this game has much better writing, a more interesting world, and is nowhere near as tedious to play as its predecessor. Color Splash even has some of the best writing in the franchise.

Its shortcomings, however, are hard to miss, which is why it earns number the number five spot on this list.

The thing with more modern Paper Mario titles is that you can see the progression of their improvements from title to title. Origami King has better combat, characters, and a better story than the previous entries on this list. The problem is that a lot of these ideas are half-baked and still have a lot of the pitfalls that have plagued modern games.

The battle system is better because it takes a semblance of puzzle-solving thanks to the new ring battle system, but these puzzles are so simple it isn’t even a challenge. And at the end of the day, there is still no incentive to battle since you only get coins, coins that you never, ever get low on.

Just like filling in paint in Color Splash, Origami King has holes that you can fill with confetti that give you nothing but coins. There are very rarely an obstacle you have to overcome, which really isn’t a problem at all since you can get confetti everywhere. It’s a mechanic that serves no gameplay purpose and just isn’t fun, to begin with.

There is a more colorful cast of characters, and partner characters make a return in a sense. Their designs have no originality, they have no use in the over-world, and you can’t control them in battle, but they do at least provide some interesting story beats.

They only travel with you in the area in which they are introduced, however, leaving your party afterward. The game has Toads that are hidden everywhere that you can find for more coins or items that improve your health pool but don’t really do much but satisfy the completionist in you.

Origami King suffers from past game mistakes while improving the non-game aspects like story, music, characters, and world-building. It’s just a shame that the game’s mechanics fail to mesh while having a battle system that is pointless to engage in.

Super Paper Mario is easily the weirdest game in the franchise, and this works heavily in its favor. Its story is the most bizarre of not just the Paper Mario series but any Mario game ever.

The plot involves a new villain called Count Bleck, who forcefully marries Bowser and Peach to gain the chaos heart and open The Void so he can destroy the universe –and this isn’t even the half of it.

The big downside to this game was the combat, which focused more on 2D platforming but with RPG elements. For most of the game, you’re just jumping on enemies’ heads to defeat them, but you still get experience points and level up when you do. An odd combination if you ask me.

The things that the franchise are praised for are still there, like iconic music, witty dialogue, and interesting puzzles, with the only thing weighing it down being its strange combat.

If you want an interesting story with characters you love, like Mario, Luigi, Bowser, and Peach, then Super Paper Mario is worth a play.

Ah, the one that started it all. Well, technically, I guess you could say Super Mario RPG started it all since this was a spiritual successor, but we’re sticking with strictly Paper Mario right now.

There is still nothing like playing the opening hours of the game and getting to walk through Toad Town and getting to see Mario characters living out their simple lives. Although there have been explorable areas/hub worlds in prior Mario games like Super Mario 64, they felt empty and disconnected.

Toad Town, however, was great because every time you came back to it, there was something new to explore or discover, thanks to Mario gaining new abilities or partners. This is where the really great gameplay loop starts.

The reason why older Paper Mario games are better than the more modern ones is because of one reason, cohesiveness. The newer games try so hard to be both adventure games but still try to resemble RPGs, and it’s just a janky mess that doesn’t mesh well.

Paper Mario 64 knows exactly what it wants to be, a turn-based RPG that focuses on puzzles solving, and telling a fun yet simple story. Progressing the story gets you new abilities and partners who can help you get past certain puzzles, which then allows you to go back to older areas and explore more.

The combat is simple yet engaging, requiring a bit of strategy, but battles aren’t too difficult or long. What’s even more fun is the progression, though, as when you level up, you get to choose which aspect of Mario you want to better. You can improve his health, flower points (like magic in other RPGs), or his capacity to equip a certain amount of badges that have a wide array of effects in battle.

The world is so fun to explore, the music will get stuck in your head for days, and fighting enemies like Mario with a know-it-all goomba and other whacky partners by your side is endlessly fun. Paper Mario blends its mechanics and world together seamlessly and is filled to the brim with charm.

What Paper Mario 64 does, The Thousand-Year Door does better. The direct sequel improves upon everything laid down by its successor. While it does recycle some past ideas, there are plenty of fresh things that make this game an absolute joy to play.

Not only does this game have the most interesting environments and characters to interact with, but its chapter-based story gives a multi-atmosphere feeling to this game that is hard to find in video games as a medium. Most Paper Mario games, including this one, make you go to a new area, solve a couple of puzzles, and then collect the item that you came there for (usually a legendary star or something akin to that).

Thousand-Year Door, on the other hand, has the player go through very different set pieces to complete each chapter. For example, there’s one that has you working your way up a fighting area while trying to solve the mystery of where and how some of the other fighters are disappearing to.

Whereas the next chapter has you visit a very depressing, cursed town where the residents get turned into pigs every time the church bell tolls. You thus have your body stolen by the monster that lives in the church, and you have to discover his name in order to get your body back. The chapters aren’t too long, so they never overstay their welcome, meaning you’re always onto the new thing. There is always something new to discover that keeps gameplay fresh.

Is the Thousand-Year Door perfect, though? No. There is a ton of backtracking, and the pacing isn’t always the greatest; luckily, the game is filled to the brim with interesting characters in the world and also in your party. And the battle system, although similar to the original game, makes every little battle a joy that takes some level of strategy.

There may be some small issues with this sequel, but it is without a doubt the best Paper Mario game, if not a contender for the best Mario game of all time.