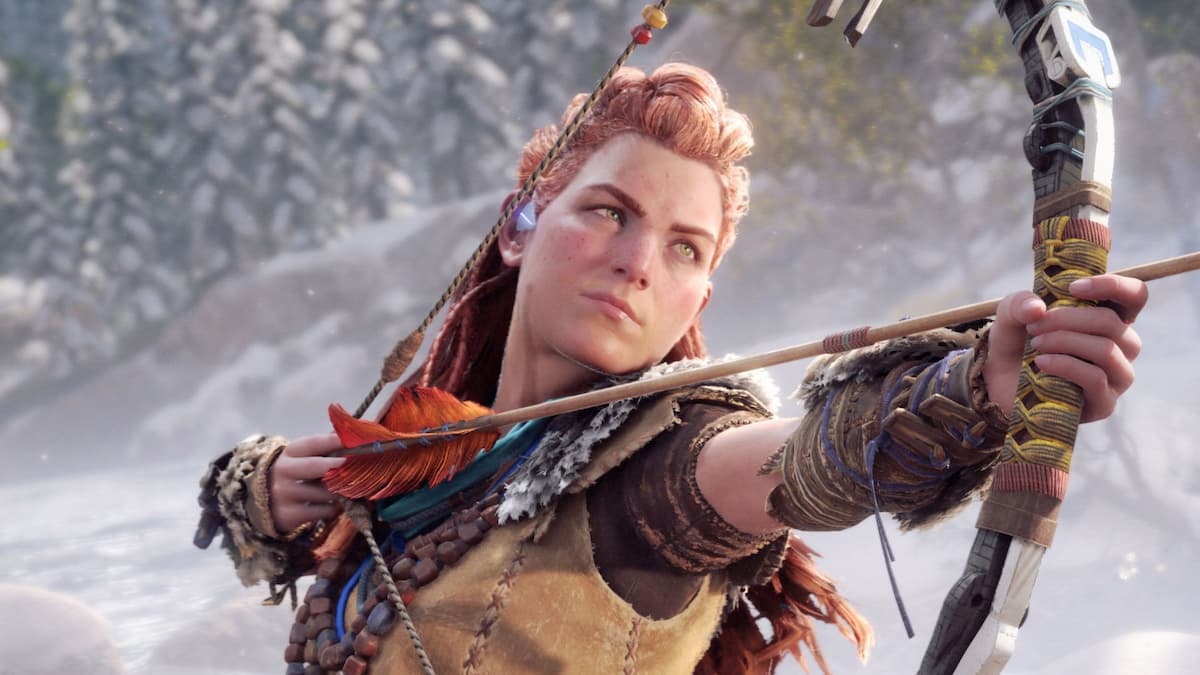 In an effort to minimize any big reveals, we will not go into detail about certain characters or their relationship to Aloy. That being said, there are a few minor spoilers revealed but nothing that will unravel major plot moments, twists, or surpises.

Without further ado, here are all of the voice actors in Horizon Zero Dawn.

Aloy is the main protagonist of Horizon: Zero Dawn and serves as the character that players control throughout the entirety of this game. Bringing Aloy to lift is actress Ashly Burch who has lent her voice to popular titles like Life is Strange, World of Final Fantasy, Battleborn, and Borderlands 2.

A veteran of the voice acting industry, JD Blanc can be heard in Marvel’s Guardian’s of the Galaxy, Justice League Dark, Skylanders Imaginators, Dragons, Race to the Edge, and Titanfall 2. Rost is the tribe member that looked after Aloy and is effectively the only parent she has ever known.

Actress Kosha Engler has lent her voice to a number of different games including Battlefield 4,  Soma, Forza Horizon 3, The Division, and Star Wars: The Old Republic.

While Mitchell Mullen has lent his voice to games like Homefront: The Revolution and Alien: Isolation, he has also flourished as a film and television actor. Some of his most notable appearances include The Infiltrator, About Time, Red Lights, and Undercover.

While Brooke may only have had minor roles voicing characters in Guitar Hero: Live and Need for Speed: Most Wanted, Brooke has appeared in several television series like Episodes, The Increasingly Poor Decisions of Todd Margaret, and Undercover.

While Teichman may not lend his voice as much as others, he has a rather impressive line-up of films and television shows that he has appeared in. Some of the most notable include Supernatural, Raw, Fringe, They Dream, and The Evil in Us.

Hopkins is a talented voice actor who has appeared in popular video games such as The Division, Hitman, Assassin’s Creed: Syndicate, and Ryse Son of Rome. However, he also has had a rather successful television career, working in the shows Stan Lee’s Lucky Man and Endeavor.

Playing the adorable child version of Aloy in the beginning of the game is Luisa Guerreiro, a voice actress who has worked on projects such as Assassin’s Creed IV: Black Flag, Destiny: Rise of Iron, and Guitar Hero Live. She’s also appeared in a number of short films like The Process, The Rayon Queen, and Animal Warfare.

Reddick is an accomplished actor who has worked in television series such as Fringe, Bosch, and Intelligence. He has also appeared as the hotel receptionist in the wildly successful action films John Wick and John Wick: Chapter 2. For Destiny fans, you may recognize his voice as Commander Zavala or as Martin Hatch in the Xbox exclusive Quantum Break.

Chook Sibtain is a popular television actor who has lent his talents to shows like Casualty, Doctors, EastEnders, The Sara Jane Adventure, and No Offense.

Adoja Andoh is an accomplished film and television actress who has appeared in shows such as Thunderbirds Are Go, Cucumber, Law & Order: UK, and Chasing Shadows. However, she has also appeared in films like Invictus and video games such as the Fable series.

McKenzie is a prominent television star as well as an accomplished voice actress for the video game industry. She has appeared in popular titles such as Dark Souls II, Warhammer: End Times – Vermintide, Risen 3: Titan Lords, and Sacred 3. When it comes to TV, she has appeared in the shows Triangle, Shades of Greene, Churchill’s People, and Brookside.

For those who are fans of For Honor, players may know Keaton thanks to his work voicing the fearsome Orochi who is dominating multiplayer right now. Keaton can also be heard in television shows such as Green Lantern: The Animated Series, The Spectacular Spider-Man, Voltron, and DC Super Hero Girls. Movie fans will know Keaton from his role as young Hercules in the animated featured with the same name.

Rossi is an actress that can be seen in various television shows, movies, and mini-series like Crossing Lines, You (Us) Me, Life of Crime, and Agatha Raisin. This is her first-time voice a character for a video game or any other type of medium.

In an interesting surprise, the writer for Horizon: Zero Dawn is actually voicing the character of Hades. His other works include being a writer for Fallout: New Vegas and Shadow of Mordor.

Ewen is an accomplished television star who has worked in shows such as Arrow, Chaos, Men in Trees, The Triple Eight, and The Dead Zone. While this does appear to be her first work within the gaming industry, Ewen has appeared in several films such as Case 39, Girl in Progress, and Look Who’s Talking Too.

Working for the first time in the video game industry, MacMillan is a successful actor who has had both major and minor roles in a number of films like The Dark Knight Rises, Hannah, Fury, and Maleficent. He’s also appeared in the television shows Chewing Gun, Critical, and Silk.

Harry Myers is an up and coming actor who has worked on films, television shows, and video games like Sherlock Holmes: The Devil’s Daughter, Everyday, The Bill, and Burning Light.

Papenbrook is a highly accomplished voice over actor that has lent his talents to a number of different animes, video games, and animated television shows. Some of his most famous roles include Eren Jager in Attack on Titan, Meliodas in Seven Deadly Sins, Raven in Fire Emblem Heroes, Kaito in Ajin, and Chooki Mason in Tenkai Knights.

While Owen has lent his voice to video games such as Star Wars: The Old Republic, he actually has a rather successful television career that spans a plethora of popular shows. These include You, Me, and the Apocolypse, The Originals, The Innocence Project, Monarch of the Glen, and Hearts and Bones.