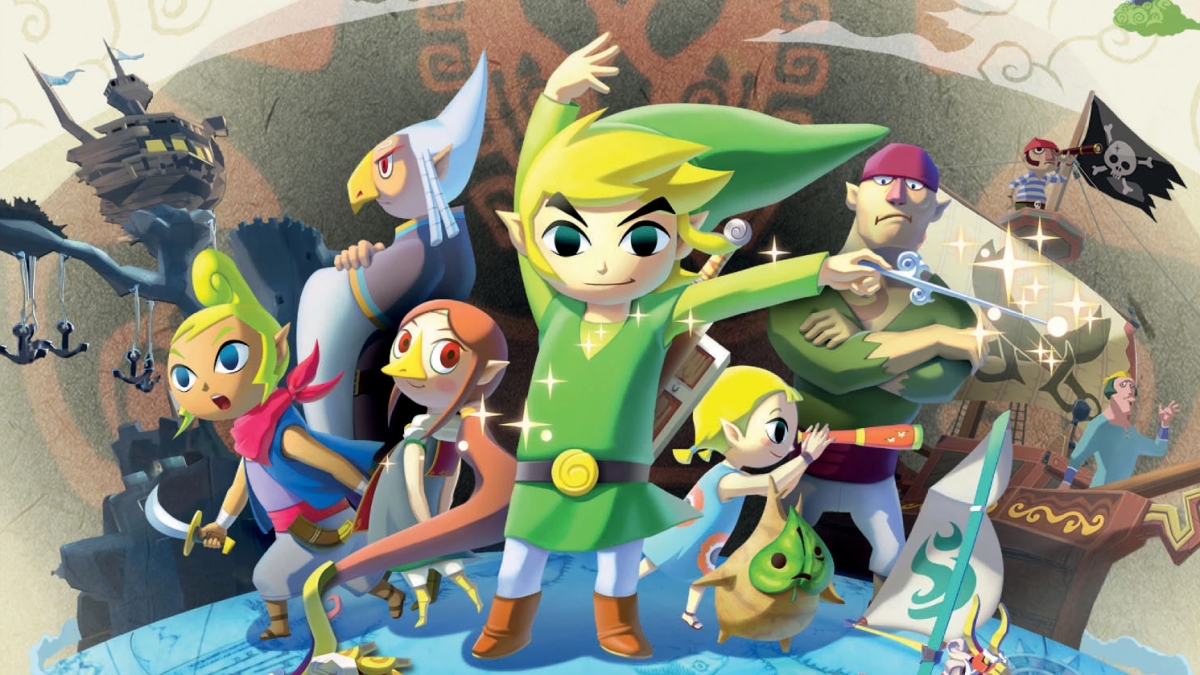 Dear Nintendo: It’s time. For the love of Hylia, please put the Legend of Zelda: The Wind Waker on the Switch in some capacity. Whether it’s a port of the Wind Waker HD or simply the original GameCube game released through Nintendo Switch Online, we want another chance to play this beloved Zelda title.

As you may know, the game wasn’t always as beloved as it is today. Leading up to the launch of the Wind Waker, many Zelda fans criticized its art style for being overly cartoonish, especially when compared to Ocarina of Time and Majora’s Mask, the 3D games that came before it. The GameCube’s tech demo had set up an expectation that this next Zelda title would be more mature and look more realistic than what we ended up seeing when the Wind Waker was officially unveiled.

But despite these outcries leading up to and shortly following its release, the Wind Waker became one of the most cherished games in the Legend of Zelda history. All these years later, it’s easy to see why.

The Wind Waker has one of the best stories of any Zelda game, hands down. It’s a continuation of Ocarina of Time set hundreds of years later after “the Great Flood” buried Hyrule by the goddesses in an attempt to re-seal Ganondorf. It’s rich with lore from beginning to end, with moments that challenge what players thought they knew about the series.

In addition to the story, the cast of characters in the Wind Waker is simply unforgettable. It’s one of the first times that we get to know Link’s family, specifically his frail grandmother and his peppy sister Aryll. Tetra is a strong deuteragonist and fan favorite. The King of Red Lions is our trusty companion who plays an important role in the story’s plot twist. So many characters aid Link on his quests, like Medli, Makar, Beedle, Tingle, and others.

Another aspect of Wind Waker that makes it so beloved after all these years is the combat. Sword swinging is fluid, and parrying is satisfying to pull off. It’s the first instance of being able to pick up enemy weapons to use against them. Many of the items are just plain fun to use, like the Deku leaf and the grappling hook.

This was the very first cel-shaded Zelda game, and even though the art style was initially criticized, there’s no doubt it has aged better than anything else in the series. Of course, the HD remaster made the graphics pop in even better detail and color, but even the original still looks beautiful today.

Fans who haven’t had a chance to play the Wind Waker yet deserve to experience all of these things that make the game so great. And honestly, even those who have played it in the past would enjoy reliving this masterpiece.

Not only has it been 20 years since the Wind Waker originally released on GameCube, but it’s also been nine years since the HD remaster came to the Wii U. It’s no secret that neither the GameCube nor the Wii U had stellar sales numbers compared to other Nintendo consoles, so a lot of Zelda fans might have missed out on the game previously. The time between the remaster and today is nearly as long as the time between the remaster and the original release. Surely this means it must be time for it to arrive on a new console.

In fact, many of the games released on the Wii U have already made it to the Switch in some way, whether they have been ported, remastered, or given a sequel. The Wind Waker HD is one of the few titles left to make the jump to the current console. We’re waiting so patiently, Nintendo.

True, Tears of the Kingdom, the follow-up to Breath of the Wild, is releasing next year. But the Wind Waker is so different of an experience than what Tears of the Kingdom will offer that it doesn’t matter. We can enjoy both games in 2023; I absolutely assure you, nothing will be stopping us from rushing to the eShop to buy both the moment they become available.

The Nintendo Switch is becoming a Zelda powerhouse. You can already play a myriad of games from the franchise on it: The Legend of Zelda, Zelda II: The Adventure of Link, A Link to the Past, Link’s Awakening, Ocarina of Time, Majora’s Mask, Skyward Sword HD, and Breath of the Wild; that doesn’t even include spin-off titles like Hyrule Warriors, Age of Calamity, and Cadence of Hyrule.

The Wind Waker must be next in line. We really don’t need anything too fancy; we’ll take the HD remaster from the Wii U as a port or even the original release through the Nintendo Switch Online service. We aren’t picky about how we’ll play it on the Switch, we just want it to be there in the first place.

Please, Nintendo. After going through 2022 without a new Zelda game (or really any new Zelda content at all), please put the Legend of Zelda: The Wind Waker on the Switch so that we can sail the open seas while we wait for Tears of the Kingdom.