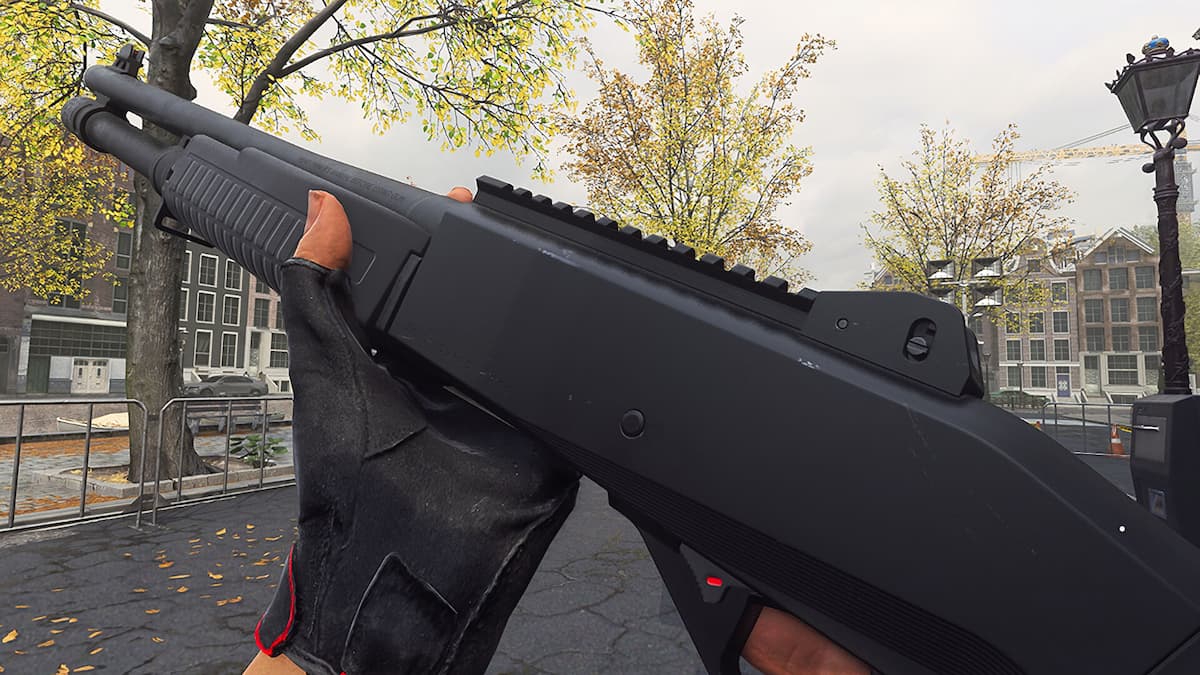 The idea of an ever-shifting “meta” is considered to be a frustrating but expected aspect for the player base in any first-person shooter. Of course, that doesn’t mean that it isn’t featured in other kinds of games, but it’s predominantly talked about in the context of FPS games. As we mentioned in Twinfinite’s initial Beta impressions, there is a new load-out system that was launched in Warzone 2 in tandem with a complete reset and a more nuanced weapon progression system.

This means that there are fewer guns to choose from initially, but far more attachments. As such, shotguns only have four “models” at the time of this article’s publication, but because they are a mainstay of weapon archetypes regularly available in Al-Mazrah, they are a tried and true solution for players to do serious work in closed quarters. So, with that in mind, here are the best load-outs for each available shotgun in Warzone 2.

There aren’t many shotguns to choose from in Warzone 2. But as far as shotguns go, the Expedite 12 is considered to be the cream of the crop.

It is highly accurate, powerful, and downright dangerous in the right hands. The biggest drawback of the shotgun, however, is the slow rate of fire. Luckily, this is improved greatly with the usage of the Expedite L-Bolt bullets which allows the player to fire more rapidly and deal with more than just one enemy in closed-quarter situations.

The Schlager increases hip accuracy when you need to camp around corners, but you lose quite a bit of range. Also, a fun fact: the Expedite is based on the Benelli M4, which is a real gas-operated semi-automatic shotgun.

The Bryson 800 is a pump-action shotgun outfitted with a rather brutal damage output whenever carefully shot. Aiming down sights can work if a player is accurate enough, but hip firing is where the 800 really earns its stripes.

It obviously can’t compare over long distances to something like the M4, but the improved choke does help with the range of damage in tight knit situations. It can also be very good at breaking down enemies’ armor plates, specifically at close range.

Using the sawed-off mod makes it even deadlier when paired with the large 8 mag rounds, while also adding in a faster sprint to fire speed. Finally, the explosive rounds make it more lethal even if you get downed before the shot connects. It is a force to be reckoned with.

The Lockwood 300 is a gun that’ll make you feel like Elmer Fudd, but it is a beast if you can make it work for you. Being a double-barreled shotgun, however, players will need to make their shots count as they are limited.

It’s best to pair it with the buck-pro guard, which allows the Lockwood to increase its already impressive range and plays into the natural makeup of the shotgun itself. The Bryson Series IX choke gives it a very linear shot, while the Heist Stock Mod will make it somewhat overpowered while causing players hit by its shots to lose flinch resistance.

And don’t worry about having to deal with lousy recoil control. The VX Pineapple grip comes into play to help remedy that.

Acting as the annoying little brother to the 800, the smaller Bryson 890 shotgun doesn’t pack as much of a punch as the older, more experienced sibling. Make no mistake though; it’s super-efficient regarding TTK for the weapon type.

But without the right attachments, it does fall short. Specifically, the range suffers, but when outfitted with the Tacfire barrel the bullet velocity is throttled to a more competitive range. The XTEN also grants a more reliable bullet spread usually seen on more linear guns.

Those are the best loadouts for each available shotgun in Warzone 2.0. They each bring to the table strong close quarter capability and at least some level of versatility. Feel free to check out some of our other loadout guides from Warzone 2, such as the best Basilisk load out for multiplayer or even a more general list of 5 meta load outs to try in Battle Royale. As for me, I’m headed back to my heli for deployment. Stay frosty!