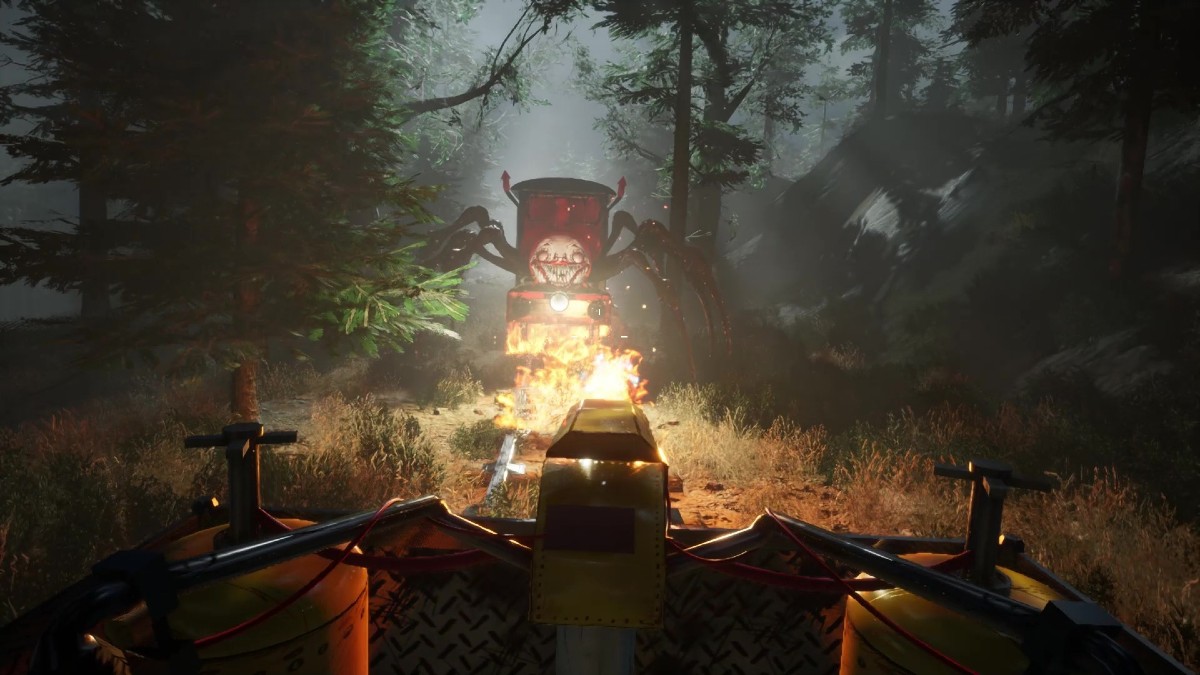 As someone who isn’t a huge fan of Spiders or horror games, I was a little hesitant to jump into Choo Choo Charles, especially since I hadn’t done my laundry yet and was fresh out of underwear. Thankfully, as it turns out, the game really wasn’t scary at all. In fact, the most terrifying thing about it was the gameplay, and not in the way you’d hope.

To give credit where credit is due, Choo Choo Charles does have a fascinating premise, as you’re tasked with going to a remote island to help stop a demon menace of a train that’s been wreaking havoc on its citizens. The idea is that you need to go around the island on a train of your own and collect scrap and other important items like guns to help you defeat Charles.

This is accomplished through three different types of missions located throughout the small island: Scraps, Guns, and Main. As the title of each would indicate, completing whatever specific mission will reward you with either scrap, guns, or an item that you need to progress the narrative.

The thing is, pretty much all of these missions have the same generic fetch-quest structure. You’ll talk to someone – whose mouth isn’t even animated – go get an item, bring it back to them, and get your reward, allowing you to increase the speed and strength of your train or add a new gun to the back.

The only variable that differs is that sometimes there will be a guy with a gun that chases and shoots at you until you leave or an annoying monster that can only kill you if you’re moving or just annoy the hell out of you before teleporting you away.

That’s it. There’s nothing else to the missions. Thankfully, there are only about a dozen of them in total, with about half of them required to complete the game. This rounds up to about a three-hour experience at most, so at least you don’t have to grind.

But what about the time in between missions, you ask? Is this the terrifying part where Charles stalks you like Mr. X in Resident Evil 2? Well, not really.

I’d honestly say outside of the final battle, I only saw Charles about five times throughout my entire playthrough, and I was able to fend him off for four of those. The only time I wasn’t was when I was caught away from my train, as your character doesn’t have any way to defend themselves when they aren’t on the train.

Luckily, the game is nice enough to only ever take about two scraps away from you when you die, and then it just teleports you back to your train. As such, there’s pretty much no consequences or stakes to dying in the game, which really takes away from the tension of things.

On top of this, the actual gunplay when fighting in Choo Choo Charles is pretty bad. Not only is the movement static and hard to control, but the actual combat is just boring, as you’re stuck on rails – only being able to start, stop and reverse the controls – and Charles can only strafe right and left. There’s just no strategy or anything interesting to say about fighting him.

The only time there’s really even an incentive to change your gun is in the last battle, but even then, it’s not really a difficult fight that warrants you doing so. More often than not, you’ll probably end up worse for wear if you try and swap out a gun instead of just waiting for the one you have to cool down or reload, as it takes about the same amount of time to swap it out anyway.

If there is one positive thing that can be said about this game outside of the solid premise, it is that there’s an NPC called The Pickle Lady who loves pickles. So I guess there is that. Most of your time that is spent in Choo Choo Charles is just spent waiting until you get to your next stop, as you traipse about the lifeless island on your train until you reach the next fetch quest.

All in all, I can say that this was probably the most lackluster game that I’ve played in a while. While Choo Choo Charles comes out the gates with a fascinating premise, it fails to deliver anything but cheap shovelware due to a lack of interesting gameplay mechanics, story, or worldbuilding.

If you’re looking for a scary Spider Train experience that’ll get your heart rate going, you’re probably just better off watching that Spider-Man 2 scene where everyone keeps Peter Parker’s secret. At least that way, you’ll have seen a good movie instead of playing a video game that was simply made because the idea sounded good in theory. 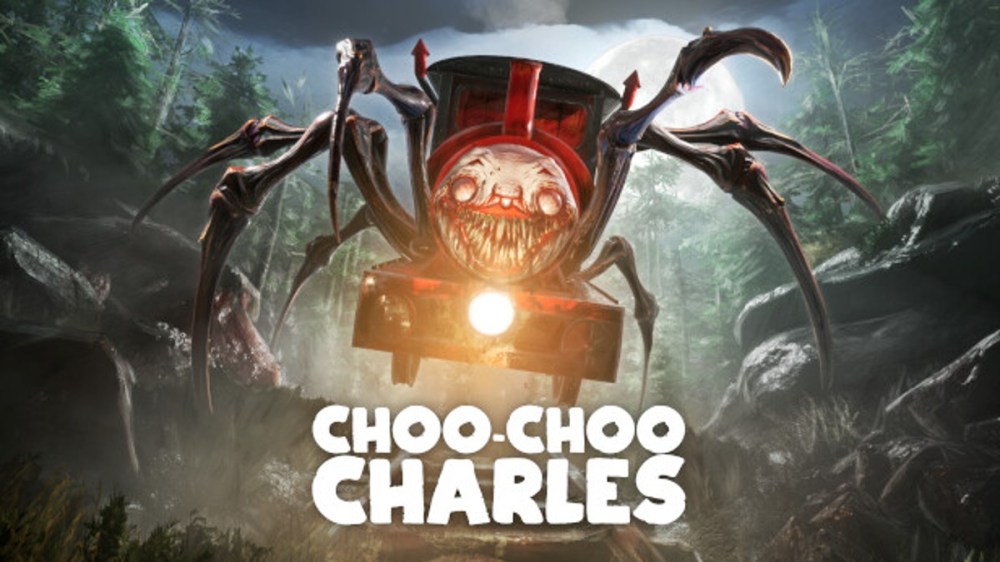