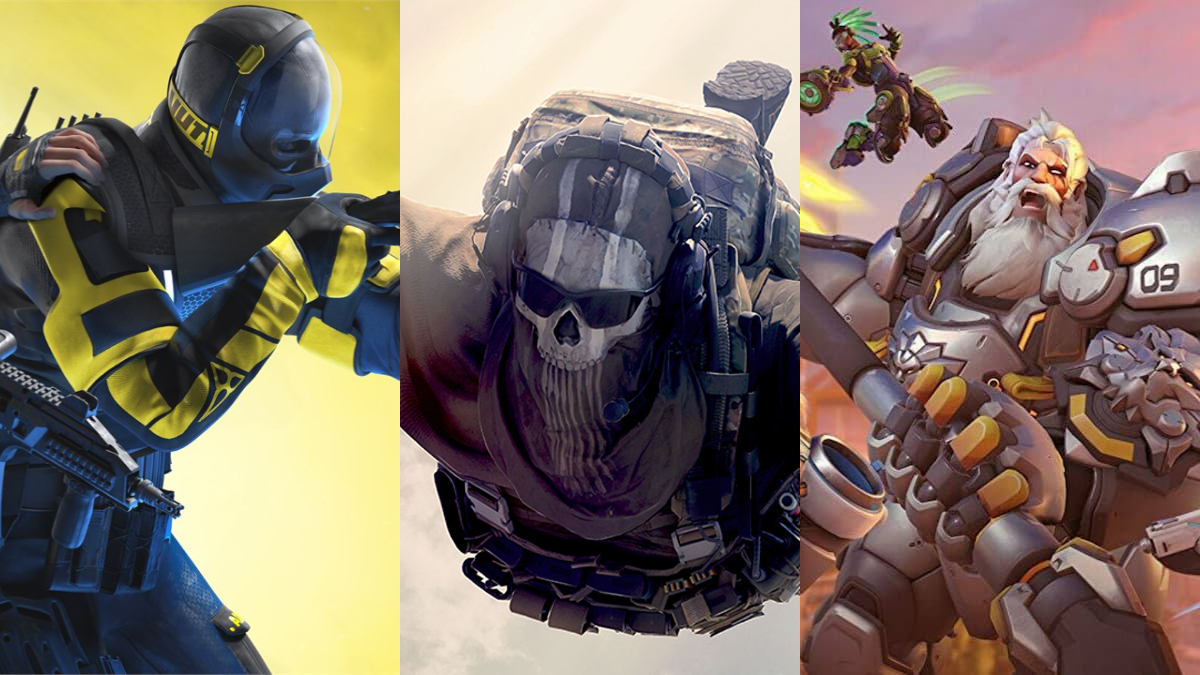 It’s award season here at Twinfinite, and as is custom we’re ranking our favorites games of the year from each genre based on the number of votes from our staff members. Here, we’re running through what we consider the best online multiplayer games of 2022 and crowning one champion.

Managing Editor, Chris Jecks: In a list largely dominated by sequels, Rainbow Six Extraction stands out as a semi-sequel of sorts. Taking the core gameplay of Rainbow Six Siege and blending it into a new PvE experience, Extraction had me harking back to the days of spending hours on end playing the Terrorist Hunt game mode in Rainbow Six Vegas 2 with friends. The tense sense of not knowing what lay in store around the next corner, or coming up with a creative, stealthy way of taking down patrolling enemies.

Extraction feels largely the same, albeit with a plethora of Operator abilities and weapons to utilize, and the enemies instead being an assortment of unsettling alien creatures that would like nothing more than to eat your face.

Each of the 12 different maps has its own objectives that you’ll need to complete while sneaking or stealthily taking down the various aliens lurking in the containment zone, and taking these on with some friends by your side is far more enjoyable than grinding out objectives and maps over and over again solo. In fact, that was my chief complaint with the game in my review.

While some added objectives and maps certainly would have helped lend Extraction a little more longevity, if you’re looking for a more tactical multiplayer shooter game that sees you cooperating with your friends rather than killing them, this is very much worth checking out.

Weekend Editor, Keenan McCall: While the concept of a horror multiplayer game is well established at this point, few titles do it better than Evil Dead: The Game.

Blending all of the Evil Dead franchise’s scariest and cheesiest elements with asymmetrical PvP matchmaking, the game is exactly what it advertises itself as. Players can dive in as either humans or Deadites and work to overcome their opponents with brutal weapons, devious magic and plenty of running around frantically trying not to die.

This can take place across a wide variety of different maps too. Each one carries the spookier ambiance of the Evil Dead series’ best settings, while meaningfully impacting how either side can approach the match.

All the while, players will have tasks to complete, ranging from locating items to killing and possessing one’s opponents to create an unwilling ally. Though they fall into the usual camp of duties meant to mix up the gameplay, these feel like natural and necessary components to matches and keep them feeling fresh even after one’s done them a thousand times.

This is made all the better by the fact that the gameplay feels so darn good to play. A bit of bugginess at launch aside, the title is easily one of the best-playing horror multiplayer titles around thanks to its responsive controls, impactful combat and exhilarating minute-to-minute gameplay.

It’s everything fans could have hoped for, and the game will easily be one of the best horror multiplayer titles around for years to come.

Managing Editor, Chris Jecks: Each and every year, we get a new Call of Duty experience. This year, it was the turn of Infinity Ward to bring the next installment in its rebooted Modern Warfare franchise to the table. And yes, while the promotional material may have had a big focus on the iconic characters returning to the campaign, it’s multiplayer that has seen me sink countless hours into Modern Warfare 2 already this year, and will likely see me sink many, many more.

Rather than sitting on its laurels and leaving the gameplay untouched, Infinity Ward has been busy fine-tuning movement mechanics, overhauling weapon progression and unlock systems, and even introducing new and exciting game modes – including a third-person mode – to the existing selection. All of this comes together to make Modern Warfare 2 feel noticeably different, and with the promise of more weapons, maps and cosmetics to come in future ‘Seasons,’ there’s ample reason to feel optimistic about this year’s CoD multiplayer offering.

There are some drawbacks, like the overzealous squad-based matchmaking that dishes out a healthy dose of whiplash with the way it flip-flops between easier or balanced matches and incredibly tough matches, but as long as you can grit your teeth and laugh about it instead of crying, you’ll still have a good ol’ time. Grab a group of friends, boot up Modern Warfare 2, get the snacks in and you’ve got a recipe for an incredibly fun evening… weekend… week?

Reviews Editor, Zhiqing Wan: Despite all of the controversies that surrounded Overwatch 2 during its launch period, there’s no doubt that it has continued to press on as one of the best hero shooters on the market.

The shift to the 5v5 format seemed questionable at first, but it’s quickly proven to be a refreshing change to the pace of the game. The insufferable shield metas are gone, matches go by much quicker now, and every hero honestly feels like they’re in a pretty decent place right now. That isn’t really something you could’ve said at any point in Overwatch’s lifetime, which is a testament to how balanced Overwatch 2 feels.

There were some missteps along the way, such as the removal of iconic maps like Hanamura, but the introduction of the new Push mode and interesting heroes like Kiriko, Sojourn, and Junker Queen have certainly helped to breathe new life into Blizzard’s iconic shooter. There are still a few issues to iron out -the Battle Pass system is understandably polarizing, and still locks heroes behind a high tier– but really, the only thing stopping Overwatch 2 from rising to prominence again is Blizzard itself.

Senior Editor, Alex Gibson: Warzone 2.0 draws on the same blueprint that made the original such a mega hit over the past few years. There are a number of tweaks and changes, of course, but they’re not huge — it doesn’t reinvent itself by any stretch of the imagination, let alone innovate anything in particular for shooters as a genre. And yet, after a long day’s work it’s still the game we can’t wait to hit the couch and boot up for a session with friends.

Sure, the slower movement has been divisive amongst the community, and the new Al Mazrah map has seen mixed reviews, too, but Warzone 2.0 still invokes that same excitement to play as it always has. It’s signature Call of Duty gunplay paired with the evergreen fun of battle royale design. There’s also the new DMZ stuff to get stuck into, too, introducing an addictive Escape from Tarkhov-style grinding loop into the equation. For those who also play Modern Warfare II, it’s obviously integrated into that experience as well, making for a robust multiplayer package that we can envision spending many more months playing.

Warzone 2.0 might be a familiar experience, but when the comms are good and the thrill of reaching the top 5 or so teams starts to build, there’s not much else that puts as big a grin on our faces!

This is it for Twinfinite’s picks for the best online multiplayer games of 2022. Be sure to let us know what you think in the comments down below!