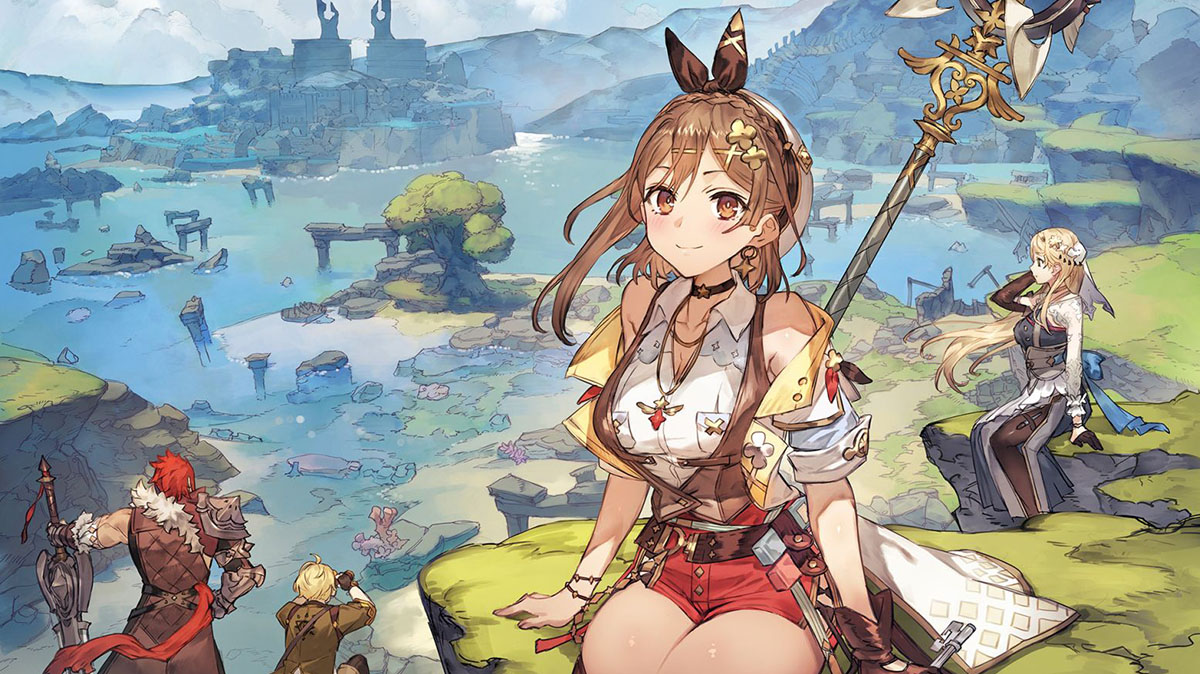 Atelier Ryza 3: Alchemist of the End & the Secret Key is coming relatively soon, marking the first time in the series a heroine retains her status as the protagonist throughout a whole trilogy. Ryza has come a long way since her beginnings in Atelier Ryza: Ever Darkness & the Secret Hideout, having grown up through Atelier Ryza 2: Lost Legends & the Secret Fairy.

Now it’s finally time to see the climax of her story before we say goodbye to this beloved heroine and her many friends. To learn more about the game, Twinfinite interviewed producer Junzo Hosoi and director Shinichi Abiko.

Giuseppe: Let’s start with something simple and straightforward: Why did you decide to create a third game with Ryza as the protagonist?

Junzo Hosoi: We actually intended on having the same protagonist for the entire series since we started planning the first Atelier Ryza game. The idea was similar to the Harry Potter series. You can see Harry Potter grow from a child to an adult.

I thought it would be great to have that in the Atelier series as well. So that’s the main reason why we have a third game for Ryza.

On top of that, with the first two games, Ryza herself has been very popular among the fans, so I think even if it wasn’t for the reason I mentioned, we’d want to make a third game anyway.

Giuseppe: I believe Ryza may very well be the most popular protagonist ever for the Atelier series. Do you agree? And if you do, why do you think that is?

Junzo Hosoi: I think one aspect is definitely the character design. It’s something a lot of fans really enjoy, so I feel that’s one of the reasons why she’s so popular. I also believe Ryza herself as a character really appeals to a lot of the users, the way she acts, and her personality. I think many feel that she is a very familiar and relatable character, and that’s very appealing.

We see the reaction online whenever we reveal something about Ryza, so we have noticed from that that she’s very popular.

That being said, I think characters from newer series tend to become the most popular, but within the Atelier series as a whole, I believe that both Ryza and Sophie are both evenly popular and beloved.

Giuseppe: This is the second time you had to depict Ryza as a bit older than in the previous game. How did you go about that?

Junzo Hosoi: Ryza has experienced many adventures in the first two games, but even if she can be considered an adult, from an emotional standpoint, she isn’t quite an adult yet. I think this is actually the last adventure before she fully becomes an adult.

Part of becoming an adult involves searching for what it is that she wants to do for the rest of her life. That’s part of the story.

As part of that adventure, she meets a lot of people and listens to their opinions and advice. I think we’ll be able to show her growth this time around.

Definitely, compared to the first two games, she will become a lot more mature and you’ll be able to see that growth toward adulthood.

Giuseppe: This is the last game of the trilogy, so one could think it could be the last game for Ryza as well. But is it really so? Do you think you may consider bringing her back in the future, perhaps even in support of another protagonist?

Junzo Hosoi: We can’t say that it’s impossible, but I think that for now, our intention is that this is the end of Ryza’s story, and we really don’t have any plans for another story with her as the protagonist.

We could perhaps see her appear in an all-star game like Nelke & the Legendary Alchemists: Ateliers of the New World, which gathers protagonists from many other games, but in terms of her own story, that’s not something in the cards at this point.

Giuseppe: In every new Ryza game, her costume has changed quite radically. What was the process of designing the new one like?

Junzo Hosoi: Costumes are something we’re very conscious of when we make all of our games. If you look at the progression of Ryza’s costumes in the first game, she’s very young and naive and kind of a country girl. Her outfit was designed so that she could move around easily in it.

In the second game, she becomes a little bit more interested in fashion, and she is a little bit more conscious about the way she looks, and also she’s in a big city, so she became a bit more fashionable. That is one of the big changes between 1 and 2.

In this new game, she has had the experience of living in the royal capital, and she’s more conscious of what is a more grown-up outfit, and that’s what we had in mind for her image.

We also tried to take the best points from her previous costumes and to make sure they’re included in the new outfit’s design.

Giuseppe: Do you think it’ll be a challenge for you to let Ryza go after having had her as the protagonist for three games?

Junzo Hosoi: With every character, there is a time in which you have to say goodbye, so in that sense, it isn’t difficult to let Ryza go. When the series started, part of the theme was “the end of summer,” so there has been the idea of a goodbye in the games to begin with. Since we already had that in mind and we knew it was coming, I think we managed to really fulfill Ryza’s story. We don’t have any regrets.

Giuseppe: Now that you’re at the third game of the series, are you satisfied with what you managed to pour into the games in terms of gameplay?

Shinichi Abiko: I think we have been able put everything that we envisioned in this game. There is nothing that we’ve left out. Perhaps if we had twice the development team and resources, there’d probably be things that we could have considered, like making things even bigger. That being said, in terms of what we intended, we have done everything we set out to do gameplay-wise. We’re satisfied.

Giuseppe: Is there any new element in Atelier Ryza 3 that is your favorite, or that you think will surprise and please the fans of the franchise?

Shinichi Abiko: I believe that one of the elements that fans may find surprising and really enjoy is the open field. We’ve been able to build a different feeling and atmosphere for the game this time around. Up until now, Atelier games had small and medium-sized maps, and you’d find loading screens when you moved between them. Yet, since we’ve made everything seamless this time around and we’ve gotten rid of the loading times, there’s nothing interrupting your experience if you want to go anywhere on the map.

Since we’ve made bigger open fields, there are a lot of things that players can discover, including many quests, different and stronger bosses, treasure chests, and more. I think we were able to provide players with a brand new style of play for the Atelier games.

Giuseppe: You’re actually the second developer in a few days that I hear using the definition “open field” instead of “open world.” Is there an actual difference you identify between the two definitions?

That being said, as we were developing the game, we have been very conscious of open-world elements, like being able to make various discoveries as you explore. These were definitely reflected in the gameplay systems.

Giuseppe: is there any further insight you’d like to share with the fans of the Atelier series?

Junzo Hosoi: This is the last chapter of Ryza’s adventurer as the protagonist. We have many new features like the seamless map, and I think players will be really able to feel like they are on a big adventure in this game. I believe we’ve probably been able to create the best game in the Atelier series yet.

I actually played a demo of the game at the Tokyo Game Show, and you can enjoy my hands-on preview with the first insight into this JRPG.