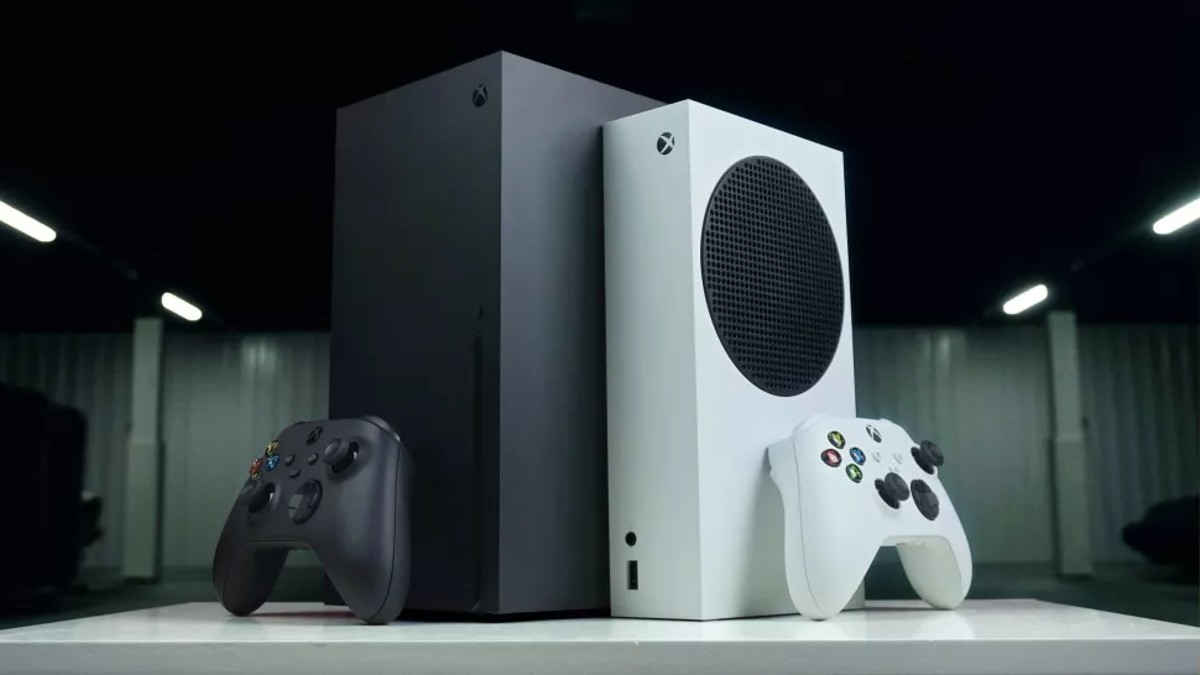 It’s that time of year when we all head to the stores to buy gifts for our loved ones. Be it a family member, close friend, or distant relative that you just know is really into gaming on an Xbox, you’re in the right place. Here, we’ve put together the best Xbox gift ideas you should be buying this holiday season.

Xbox Game Pass is commonly referred to as ‘the best deal in gaming,’ and there’s a good reason it’s earned that title. Offering over 100 games for a low, monthly (or annual cost), there’s more than enough on there to keep them gaming for the next 12 months.

What’s better is that Microsoft is constantly adding new games each month to the Game Pass library, and there’s such a mix of genres and series on there that you’ll always find something new and interesting to dive into. Every first-party Xbox exclusive game — so future entries in the Gears of War, Halo, Fable, Forza, Fallout, Elder Scrolls, and many more will arrive on the service on day one, too, which saves you a ton of money in the long run.

Xbox Game Pass Ultimate can be paid as a monthly direct debit, or as a prepaid 3-month, 6-month, or 12-month subscription. The lengthier the prepaid subscription, the better value the deal, but obviously the more expensive the upfront cost. Regardless of which you choose, you’re still getting a great deal.

Whether they’re gaming on an Xbox One, PC, or an Xbox Series X|S, chances are they’ll need a headset. Not only does it mean they can talk with friends and family online while playing games, but it also means they won’t be keeping anyone they live with up late at night with loud explosions and gunfire coming from the living room.

Our top pick in this department is the Xbox Wireless Headset. It pairs directly with an Xbox console without the need for USB dongles, additional cables, or a base station. It features auto-mute and voice isolation to reduce noise interruption, and it can last up to 15 hours on a single charge.

On top of all that, it’s just quite a nice, well-built piece of tech. Each earcup rotates to increase volume on one side, and your balance between game and voice chat volume on the other. It’s also incredibly comfy to wear for extended periods of time, which is certainly nothing to scoff at given there’s a good chance they could be playing for hours at a time.

Most importantly, though, the Xbox Wireless Headset’s sound quality is pretty solid. It won’t challenge the top-tier headsets from the likes of Astro or Turtle Beach, but given they’re also twice the price of Microsoft’s wireless offering, we wouldn’t expect them to compete.

Coming in at $99.99, it manages to hit the sweet spot between affordable and premium and as a result of that, will be welcome in any Xbox gaming setup.

If you’re looking for alternatives, we’ve got you covered with the best Xbox headsets you can buy right now.

While you could just buy them a brand new, standard controller for their Xbox in either black or white, you could ask them instead to design their own controller on Xbox Design Lab.

This is a website that allows you to customize your controller’s design, changing thumb stick, trigger, bumper, rear grip, button colors, as well as the color of the actual shell of the controller itself, too. There’s an option to personalize it even further with the ability to have their Gamertag, name, or just a fun little phrase engraved into the controller.

These do cost a little bit more, and you’ll want to get it ordered sooner rather than later so it’s delivered in time for the holiday season, but we’re a big fan of personalized controllers, and we think most other Xbox players will be, too!

The Xbox Elite Controller Series 2 is the go-to accessory for anyone who’s playing in a more competitive or ‘hardcore’ capacity — you know, the marathon-gaming-session-type!

The Series 2 controller offers a swathe of customizable components and options so that you can really finetune the part of your setup you interact with the most. Adjustable-tension thumbsticks mean you can make them feel more precise or ‘loose’ depending on your preference, and the shorter hair trigger locks mean the triggers won’t depress as much but will still perform the desired action on-screen (meaning you’ll have a faster ‘response time’ so to speak). On top of that, there’s a wrap-around rubberized grip that feels great to the touch and can help avoid sweaty hands slipping during those intense final moments of an online game or a tricky boss fight.

Arguably its biggest feature highlight, however, comes in the various interchangeable components that allow players to really tweak their controller’s setup to their own personal preference. Additional paddles can be attached to the back of the controller which can be assigned to the ‘face buttons’ of the controller. This means, for example, you don’t have to take your thumbs off the sticks to shoot, jump, dive to the floor, reload, or throw a grenade. You can switch up the thumbsticks to have different lengths and layouts, and even swap out the d-pad, too.

The Elite Controller Series 2 comes in two SKUs. The first is the ‘Core’ controller, which gives you just the white controller and thumbstick adjustment tool for $129.99. Alternatively, you can get the full-fat experience, costing $179 and includes:

In our opinion, it’s worth spending the extra $50 for all the customization-based goodies.

It’s also possible to get an Elite Controller Series 2 on Design Lab, though keep in mind this will be significantly more expensive due to all the tech crammed into that custom shell!

While Xbox Game Pass may be the best value in gaming offering over 100 of some of the best games you can play right now, not everything is included in the subscription service’s library. Such as the rather excellent Elden Ring that was released earlier this year.

For those games, then Xbox Store Credit will do the trick. This can be used on the Xbox’s online store to buy games, expansion packs, microtransactions (like packs for FIFA, or a season pass for something like Call of Duty), and much more. You don’t need to get them the full amount to buy a game, either. A $20 gift card can be used in conjunction with a debit or credit card to reduce the amount of hard-earned cash coming out of your account.

It’s a simple, safe option that every Xbox player will most definitely use, so if you’re unsure about other options on this list, this is a no-brainer.

It’s 2022, and for whatever reason, Microsoft still doesn’t want to adopt integrated battery packs into its controllers like — checks notes — everyone else.

Instead, by default, your Xbox controller will come with a couple of AA batteries. They’ll last you a good amount of time, but you’re going to end up spending a small fortune on batteries each year by doing this.

A rechargable battery pack is the perfect, cost-saving, and generally handy gift you can get any Xbox gamer. Even better, get a dual pack of them and they’ll never need to worry about running out of charge mid-session ever again. Even if you just buy them the one pack, they’ll be able to plug their controller into their Xbox to recharge it while they play.

There are a ton of different third-party options here, but you can also go the first-party, ‘official’ route should you wish. That being said, we’ve found getting a third-party set of two rechargeable battery packs with the USB dock to recharge them worked out cheaper than buying a single first-party pack.

If the person you’re buying for already has an Xbox Series X, then you can add a little bit of LED styling to their setup with the Venom light-up stand.

This is more or less exactly what it sounds like, a stand that your Series X can sit on, which provides a colorful LED glow around the bottom of your system. It has seven different colors to choose from, is USB powered (meaning you can hook it up to your Xbox itself), and still allows access to all ports, buttons, and vents on the Xbox, so the stand’s not getting in the way.

It’s a neat, fun little addition to any Xbox fan’s setup, even if it doesn’t have a whole lot of utility except for making your console look a little bit prettier!

The Xbox Series X|S are the most current hardware that Microsoft has released on the console side. The Xbox Series X is its flagship model, touting a 1TB SSD, a ton of technical grunt capable of native 4K 60FPS gaming, a disc drive, and an understated but sleek design. The Xbox Series S, on the other hand, comes in just over half the price of the Series X, but has only a 512GB SSD, no disc drive, and less horsepower meaning you’re more likely to find games running at a full HD 1080p resolution at 60fps, rather than true 4K gaming. It also comes in a more dinky form factor, perfect for slotting into a cramped multimedia stand, or just saving you a bit of space on your desk.

Regardless of which one your budget allows for, the Xbox Series consoles will ensure that you can play all of the upcoming exclusive games from Microsoft, as well as the latest and greatest games from third-party developers and publishers like EA, Ubisoft, Square Enix and more.

If money isn’t an object, though, we’d recommend the Xbox Series X. It provides the more noticeable improvement and ‘upgrade’ over the Xbox One consoles, whereas the Series S feels more like a half step. However, at the price point it’s at, the Series S is undeniably good value for those that want to dip their toe into the Xbox ecosystem, or just don’t have the cash for a Series X.

If your beloved friend or family member has a rather stylish gaming setup, then this is the perfect thing to add to it. The Paladone Xbox Lamp is exactly what it sounds like, a desk light, in the shape of the Xbox logo. It requires 3 AAA batteries or can be powered by USB with the cable for this included in the box.

While it may not seem all that exciting, if there’s anything we gamers love, it’s having stuff that lights up and looks cool in our setup. If they’ve mentioned wanting to add a bit of style to their setup, this is a solid option.

The only thing as inevitable as death is somehow running out of storage on your console, no matter how careful you are about what you install. Thankfully, there’s a solution… to the latter one anyway — sorry.

The clever folks at Microsoft worked with Seagate to create the Storage Expansion Card for both the Xbox Series X|S. With a slim design that very easily slots into the back of your console, the expansion card offers up another 1TB of storage for your console. That’s the same as what you get in the Series X, and twice as large as the Series S. In other words, you’re not going to have many issues installing all your games anymore, so that’s a winner!

It does cost a fair whack — almost as much as the Series S itself — but it’s a worthwhile investment if you’re spending a lot of time on your Xbox.