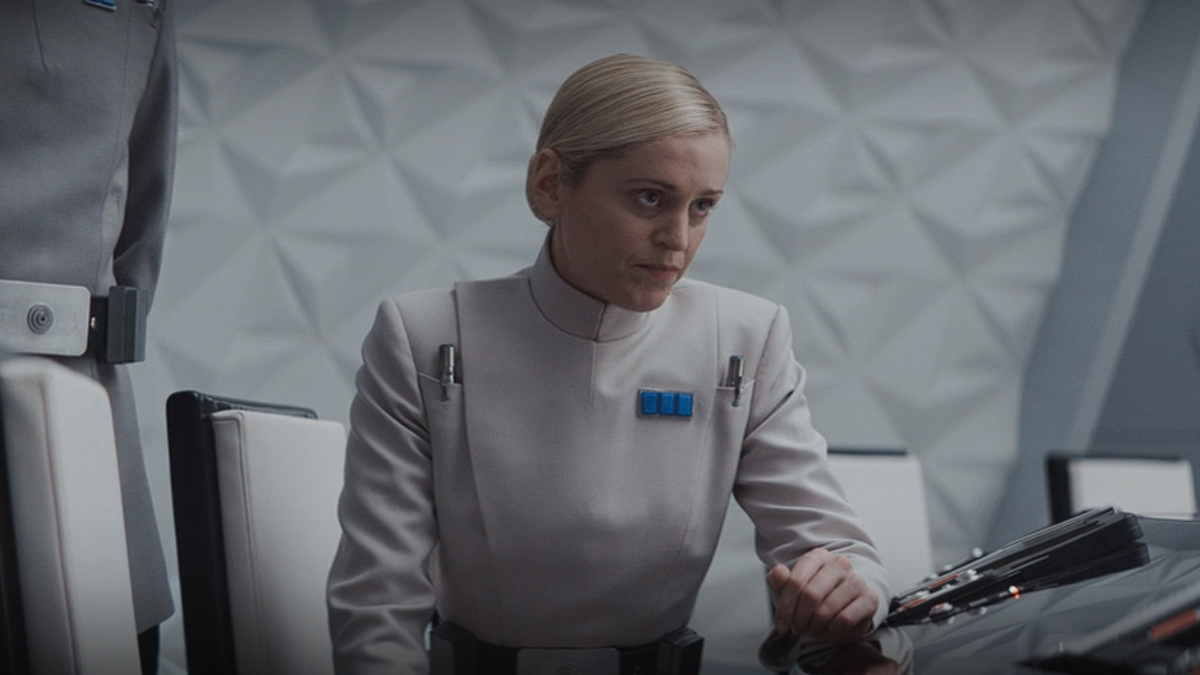 In Andor Episode 9, “No One Is Listening,” the ISB (Imperial Security Bureau) discusses Supervisor Meero’s recent information from interrogating people on Ferrix. During the discussion, they mention rebel activity in an area called Kafrene, also known as the Ring of Kafrene. But this is not the first time this location is mentioned in the Star Wars universe leaving many fans asking what is Ring of Kafrene in Andor?

In Episode 9, the ISB has a captured pilot working for the rebel Kreegyr (the person Luthan asked Saw Gerrera to work with in Episode 8) who was on his way to Kafrene. Meero comes up with a plan to kill the pilot and let him and his ship drift near Kafrene so it will be towed into the structure in hopes of getting more information on the rebels without alerting Kreegyr. This is not the first time Kafrene has played a pivotal role in Star Wars.

Where Else Has the Ring of Kafrene Been Mentioned? Answered

Kafrene was first introduced in Rogue One and is the first appearance of Andor. Andor travels to the structure to meet a contact who has information on why the Empire was shipping kyber crystals across the galaxy; a contact Andor eventually kills when Stormtroopers discover them.

Kafrene was also seen in the Marvel Comics series, “Star Wars 50,” which takes place shortly after “A New Hope,” where Han Solo, Chewbacca, and C-3PO were making a deal with an Alaphani for a set of transponder codes.

This location seems to be a staging ground for important events in the final three episodes of Andor Season 1, so it is good to know what the Ring of Kafrene is in Andor.

That does it for everything you need to know about what is Ring of Kafrene in Andor. For more on the Star Wars-related content, such as explaining what a squig is in Andor, a list of all the Imperial Ranks in Star Wars, and precisely what are the things the prisoners are building in Andor, be sure to search Twinfinite.