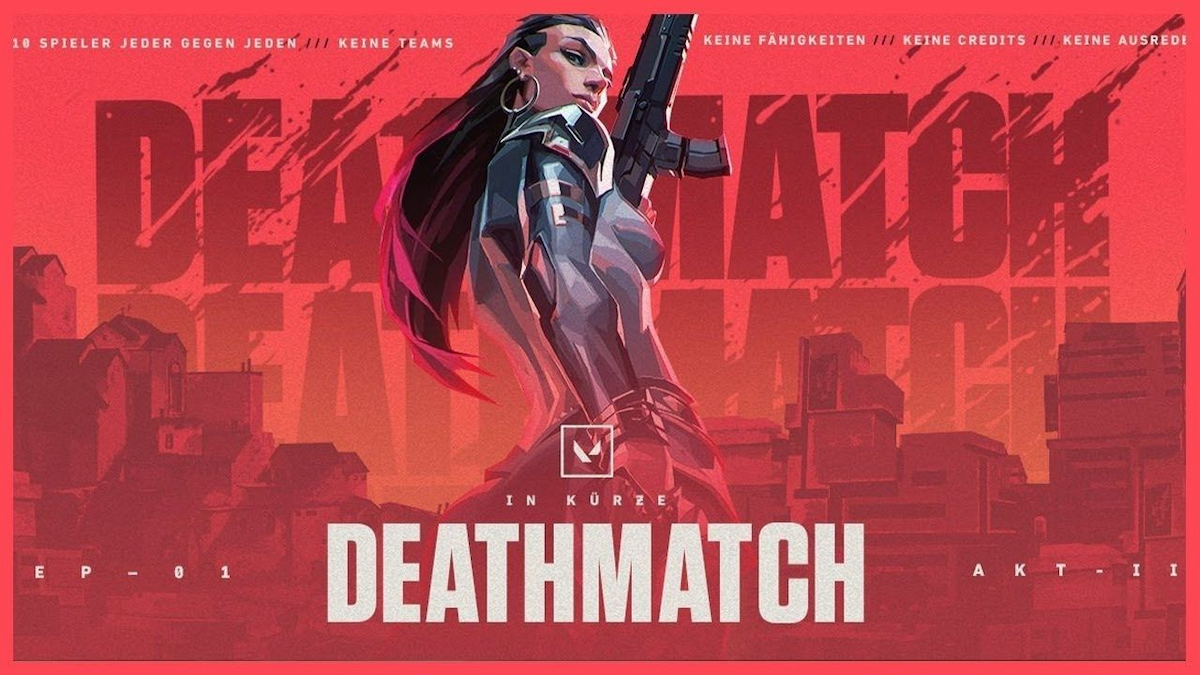 Scroll my Valorant career and you’ll see countless deathmatches in which I’ve bottom scored. It’s not because I’m bad. Really. I swear. It’s because in those instances I just couldn’t be bothered getting shot in the back of the head multiple times in a row. I’m tolerant at first; at the second instance, too, and sometimes you just get unlucky a third time, right? But when I’m dying on one side of a choke point and then spawning on the other and instantly dying, again and again, it gets a bit tedious.

Sometimes it’s inexplicably worse than normal. I’ll have other players spawn literally on top of me, behind me, or sometimes right in front of me for an easy kill — thank you very much! I’m kidding. The point of deathmatch isn’t kills. I think most Valorant players think of it as a practice mode, useful for improving skills to take into matchmaking. The issue is that getting in those practice reps is often downright frustrating to the point where I can’t be bothered. I’d rather leave a match and reload, or skip rehearsal altogether and go straight into a queue.

Even if you’re a fan of deathmatch purely for the fun of popping heads, I’m confident speaking for the Valorant community in saying that most players would agree deathmatch is broken. It doesn’t work properly, and the changes implemented earlier this year to address spawn locations haven’t solved the problems at their core. The fact is that deathmatch isn’t up to the high standards one would expect from what is generally a pretty polished gameplay experience — as it should be, after all, given that competitive games such as Valorant are essentially digital sports.

I’m not quite sure what the answer is, which isn’t surprising given that I’m not a game developer. What I can say though is that some maps are far worse than others. Fracture and Pearl are really problematic, and Split, which is still in the deathmatch queue despite having been removed from Competitive, isn’t much better.

There are areas of these maps where spawning is a death sentence: B Main on Fracture, for example, almost always sees a player directly in front and behind you — the timing is such that if you kill the player ahead of you and proceed up to B to fight someone on-site, you’re then killed from flank. The timing is identical every single time. Meanwhile, spawning on A site when playing Split is just impossible, and Pearl is poorly suited to deathmatch in general. The other maps aren’t as bad, but the same old issues still occur there too.

Ironically, of course, and as I’ve alluded to already in this article, deathmatch was given attention by Riot Games way back in February of this year. Efforts were made to overhaul problematic spawn points, which didn’t really work and later forced the development team to reduce the number of players in deathmatch lobbies by two. This helped, but it was fixing a new problem rather than sorting the original one. And with lobbies now less full I personally find some maps to feel a bit empty in places; Pearl, especially.

Again, I have no idea what the root problem is or how to solve it, but I do feel it shouldn’t be so hard for a competitive shooter such as Valorant to have a solid deathmatch mode. If you compare it to that found in Counter-Strike: GO, the difference is night and day. There aren’t those same issues, and everything just functions as you imagine it would.

I don’t want to bag on Riot Games too much because I’ve said many times that the support Valorant has received since its launch has been immense. There are few games that have established themselves so quickly at the very apex of a scene, especially one as competitive as the FPS market. But with its esports program accelerating next year, and the launch of a new tournament mode that promotes the idea that any amateur player can turn pro with a route to professional competition all within the game client itself, ensuring that deathmatch is of a high standard is a must. I don’t want to play Aimlabs. I want the in-game practice mode to improve.