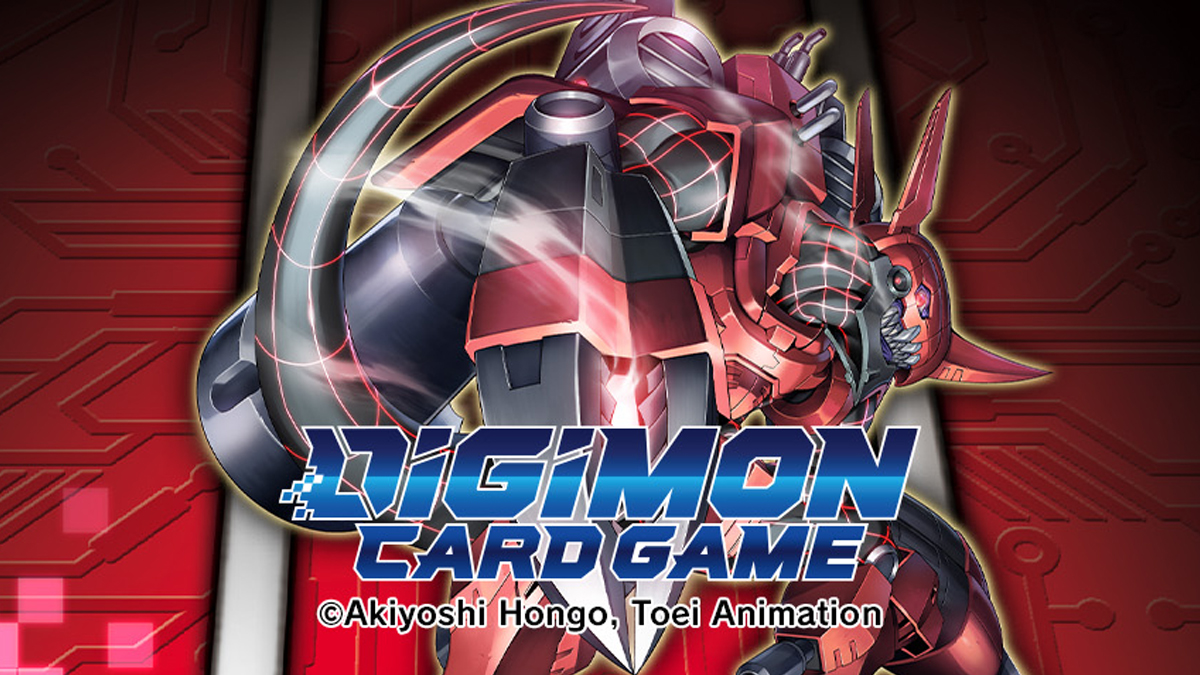 The new Digimon TCG EX3 expansion set is a fantastic release that brings a whole new host of exciting cards into the mix. It’s part of Bandai’s strategy to bring smaller, thematic side sets that allow players to build decks around the contained cards and customize them moving forward rather than having to collect older cards right away. With this list, you’ll be able to look at the top 10 cards from Digimon TCG: Draconic Roar, from tamers to dragons, and get a better idea of what you might want to collect and play with.

Hina Kurihara is a nostalgic character from the Digimon Links mobile game that’s no longer in service, but she was a memorable navigator for players. In this set, she’s a key tamer that will be the focus of your dragon-based deck that has multiple types such as earth, machine, or sky in its traits.

This makes her the central component of the new Dragon Links deck that you can build with this set right out of the box. This card has lovely art and is a perfect starting point for new players to build their dragon decks around.

This Dracomon alternate art card features Zubamon and Huckmon in a cute colorful scene that collectors will want for sure. Being a rookie, it’s a necessary card for the new Examon deck since rookies are foundations for any digivolution right after the Digi-Eggs.

Gameplay-wise, this card has a powerful two-for-one search effect helping you get your next-level cards while netting you card advantage. Once you digivolve over him, it buffs your Dramon and Examon Digimon by +1000 Digipower giving them an edge in combat and security checks.

Breakdramon is the other integral piece for the new Examon deck featured in this set. When building your digivolution line, this is the Mega Digimon you want to see when hitting level six. Anytime he gets suspended, you can suspend an opponent’s Digimon, and he essentially gives all of your Digimon the Piercing ability because whenever one of your characters deletes an enemy, your opponent has to trash the top card of their security stack.

This powerful effect continues as an inheritable when you’re able to evolve to your level seven Examon and go for the game. The art on this card screams mecha kaiju and will look awesome in any player’s deck or collection binder.

Chaosdramon is the Mega Digimon for the new red and black deck that features plenty of aggression and destruction. Buffing Machinedramon archetypes, this new deck uses Chaosdramon to bring the pain by being hard to remove since he can trash two of his digivolution cards to prevent him from leaving play.

When you play him, you can place up to three level 5 red or black cyborg cards under him to fuel his effect, give him custom inheritable skills, and de-digivolve one of your opponent’s characters along with it. This is a great-looking mecha card that your opponents will fear as soon as you play.

Slayerdramon has some of the slickest look art that combines kaiju dragons with shining metallic knights and anime mecha all into one perfect-looking package. The alt art has an action-packed scene that gets the mind swirling with battle scenes.

Slayerdramon fits into Examon decks with the ability to unsuspend once a turn making him a great double attacker, and it features a new mechanic of suspending one of your Dramon or Examon types to force an opponent’s card to attack you. He also has an inheritable to pass that new forced attack mechanic onto your level seven Examon to keep up the control.

Imperialdramon: Fighter Mode takes the ever-popular fan-favorite Imperialdramon to a purple and red split allowing players to expand the color choices of their decks. This new take on Imperialdramon focuses on a faster more aggressive playstyle that has players getting to level six ASAP and not worrying too much if your Wormmon or Veemon gets destroyed along the process.

Once you do hit level six and play this guy, you can get a Wormmon or Veemon from your trash and put it back into play and when he hits the table, you can put one of his digivolution cards under your deck to cancel all your opponent’s security effects for the turn. He also has piercing if you opt to attack an enemy character, and being a secret rare, he’s one of the hardest cards to pull from your pack so be hyped if you do!

Imperialdramon: Dragon Mode continues to bring a different strategy compared to the blue-green Imperialdramon decks by making this guy an aggressive force of destruction. When he hits the table your opponent gets to choose to keep one of their Digimon and then deletes the rest, and you also have Blitz which lets you attack the turn you play him even if your memory passes the turn to your opponent.

On top of all that, this character gets +2000 DP when attacking and gives you the option to digivolve into Imperialdramon: Fighter Mode even if it’s technically your opponent’s turn! This card is a crazy powerhouse that’ll end your turn with your opponent in a state of vulnerability.

Metallicdramon is one of the key components for the new Dragon Links deck led by Hina Kurihara and is a big bomb that drastically changes the state of the game. When you play this incredible-looking sky dragon, you get to de-digivolve all of your opponent’s characters by one, and then completely delete one character with a play cost of five or less.

If your opponent somehow doesn’t get hit by this effect because all their characters are low-level, then this card also prevents your opponent from leveling up on their next turn. The art of this version also shows Hina in her lovely style without taking away the focus on how Metallicdramon looks like an epic mecha kaiju.

Fans of Bloomlordmon from previous sets have been waiting for this key card to push the deck into higher realms of power, and Hydramon did not disappoint. As one of the few cards from this set that supports older decks, this card was very much needed to help green players who like the vegetation plant type Digimon.

Bloomlordmon struggles with removal and defense outside of one or two key cards but thanks to Hydramon, you can suspend your opponent’s Digimon and put it at the bottom of its owner’s deck as long as you have two or more suspended plant, vegetation, or fairy characters in play on your side. Hydramon also gives you one memory for each of those same suspended cards of yours and synergizes perfectly with Bloomlord since this deck is all about swarming the field. Get ready to go green!

The current standout secret rare from the set, Examon is an awesome Digimon holy warrior/royal knight for blue-green players that has a powerful archetype in this set. When Examon enters play, you can put a Dramon card under him to gain its inheritable effect and if you DNA digivolved, you can play a green or blue Dramon card for free!

You’ll want to go for the DNA digivolve since the regular digivolve cost is rather high at five. But this guy’s 15000 DP and additional ability that lets you unsuspend once during your turn and suspend an opposing creature makes this a huge heavy hitter that’ll win games quickly.

As you can see, there are many awesome cards to go for in this set whether you’re buying singles or opening booster packs, and every card on this list has at least two art versions, both of which look amazing. With any of these top 10 cards from Digimon TCG: Draconic Roar, from tamers to dragons, you’ll enjoy a fun and strategic game that brings the Digimon anime to life in a tangible card game format. If you’ve been playing the Digimon video games, give this TCG a try! Don’t miss out, if you haven’t already you might want to pick up some starter decks like Jesmon or Ragnaloardmon and find out about the top 10 must-have cards from the previous Xros Hearts set!