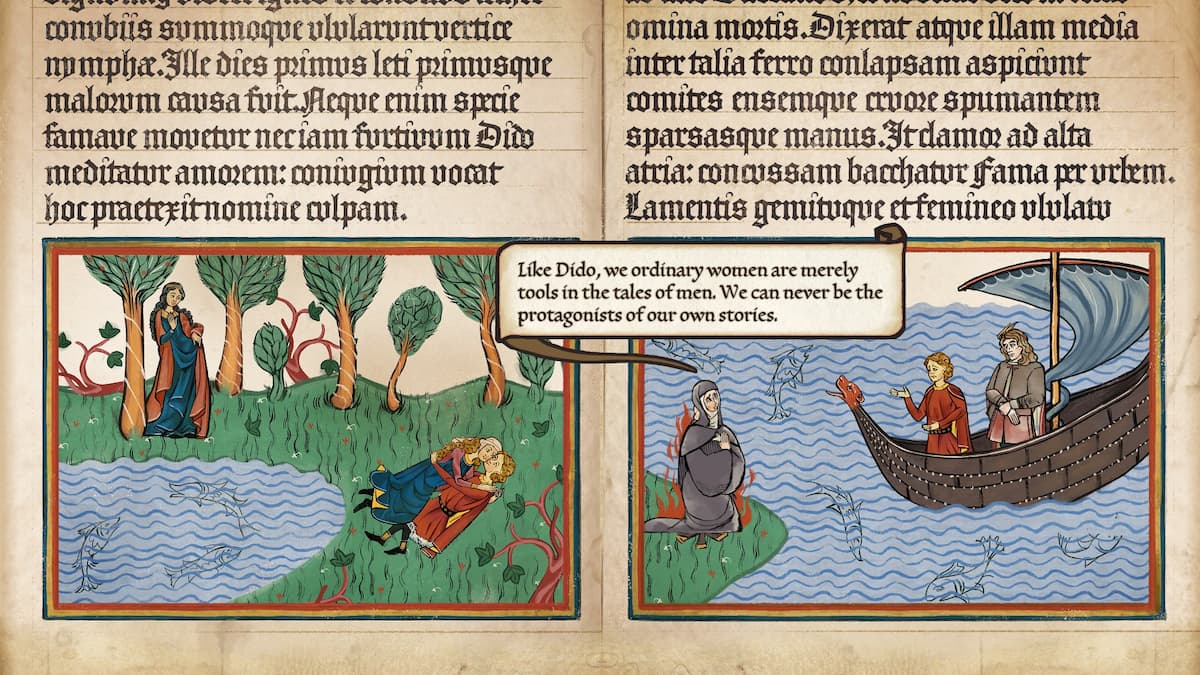 Pentiment is one of the most unique games I’ve had the pleasure of playing. It’s a story-centered game set in medieval Europe that’s low-stress but high-stakes, where every single choice you make matters. In fact, there are so many different choices to make and ways to play, I’d bet that no two Pentiment players will ever have the exact same experience. If you liked choose-your-own-adventure books as a kid, you’ll definitely love Pentiment.

In Pentiment, you play Andreas Maler, an aspiring artist. Andreas is taking some time to finish his artistic masterpiece while completing commissioned works with the monks in Kiersau Abbey, one of the few remaining scriptoriums in Europe.

Your job is to lead him through his life in the village of Tassing, chatting with the locals, dining with friends, and working on his art. Each morning, Andreas wakes up, and you guide him through the village to the Abbey where he works, gossiping with villagers along the way.

In-between shifts at the scriptorium, Andreas is always looking for someone to have a meal with, and the villagers are all too happy to oblige him. Andreas’s days in Tassing are peaceful, predictable, and idyllic until a murder at the Abbey shocks the whole town, and one of his friends becomes the primary suspect.

Pentiment isn’t like other RPGs you may have played. This isn’t your Elder Scrolls-style fantasy adventure game. There are no epic battles, magic weapons, or health potions. The game is entirely story-based, like the choose-your-own-adventure books you may have read when you were a kid.

Most of Pentiment plays out through conversations with villagers, visitors, and monks, but there are plenty of mini-games to keep things interesting. You get to snack on medieval meals while catching up on the local gossip and solve puzzles to uncover clues to help solve the murder and absolve Andreas’s friend.

Some, like the mealtime minigames, are simple and low-stakes. Others, like the occult cipher in Act One, are more challenging and require a little more focus. But nothing about Pentiment is actually hard (except for maybe the choices). There are plenty of hints to get you through even the more complex puzzles, making Pentiment great for novice and experienced gamers.

You quickly realize that every word you say and every choice you make in Pentiment matters. You get to decide who Andreas is – where he’s from, what he’s been doing these last few years, and whether he’s studious, pious, or petulant. These choices impact different elements of the game, like things he can say in conversation and even languages he can speak and understand.

Your friends and neighbors remember what you say to them, and the choices you make early in the game may make things easier or more difficult for you later.

For example, you may have to persuade a villager to share information with you. If you’ve been snarky to that villager, they probably won’t be very willing to help you out when you need it. In Pentiment, you only get one chance to make a good first impression, so think carefully about your choices and conversations.

You don’t have all the time in the world to do everything you want to do, either. In Act One, for example, the archdeacon is on his way to investigate the murder, and you only have a limited time to gather all the clues you can. Choosing to investigate one lead means you won’t have time to investigate another, so don’t dilly-dally.

There is no canonical murderer in Pentiment, which means there’s no way to ever know whether you got it “right” or “wrong.” I admit this frustrated me a little bit at first. I was always the kid who flipped backward in the choose-your-own-adventure books to see what would have happened if I had chosen differently, and there’s just no way to do that in Pentiment.

Sure, you could go back and play again from the beginning. But with the vast number of choices that you make for Andreas in a single day, it would be almost impossible to retrace your footsteps accurately. With Pentiment, you make your choices, and then you have to live with them.

But that’s the beauty of Pentiment. There’s no right or wrong answer, no winning or losing. It’s all about making choices and watching how the story unfolds as a result. Unlike other games that require a certain degree of perfectionism, Pentiment requires you to let go of control and let the story take you where it wants to go.

Pentiment’s medieval art style is delightfully meta. The entire game world is drawn in the same style that Andreas and the other monks work in. The quests in your journal are written in medieval script, and the hand-drawn maps are absolutely beautiful.

Different villagers have different fonts in their speech bubbles, from fanciful script to straightforward typesetting. You can, however, choose more simple fonts in the accessibility settings, which is nice if you find yourself squinting at the calligraphy.

The way Pentiment handles in-game hints is especially unique. Whenever a character, place, or other reference appears in conversation, you can open the hints menu. The camera zooms out to reveal a manuscript page with a hint pointing to a still frame of the conversation. I love how immersive the hints feature is, keeping you fully engaged in the medieval game world.

Pentiment is the interactive choose-your-own-adventure story I’ve been waiting for my whole life. I love that I get to immerse myself in the game world without having to stress about button-mashing battles or jump scares. It’s delightfully engaging without being distressingly hard, and I’m loving every minute of it.

I’ve never played anything like Pentiment, but I really hope I get to again soon. 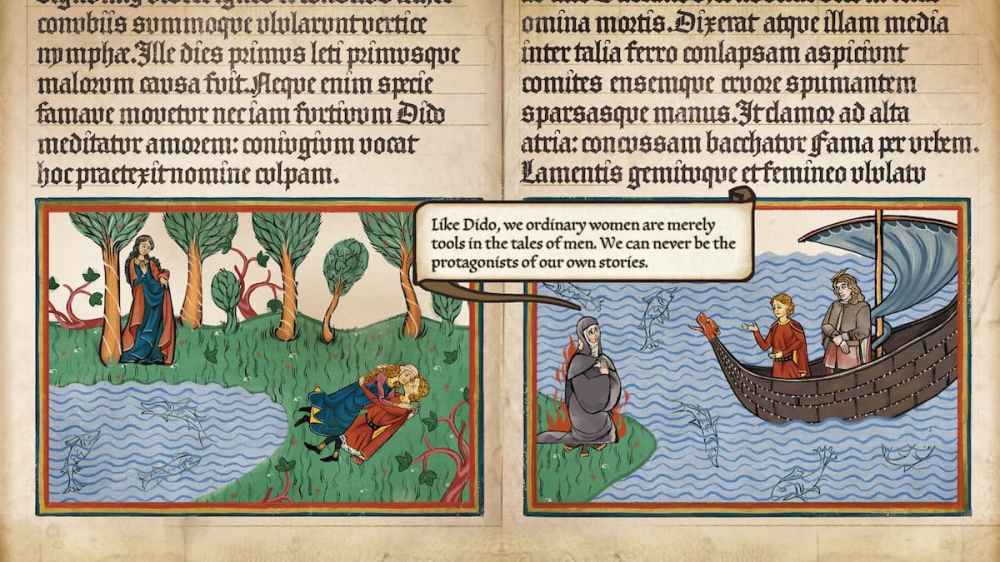