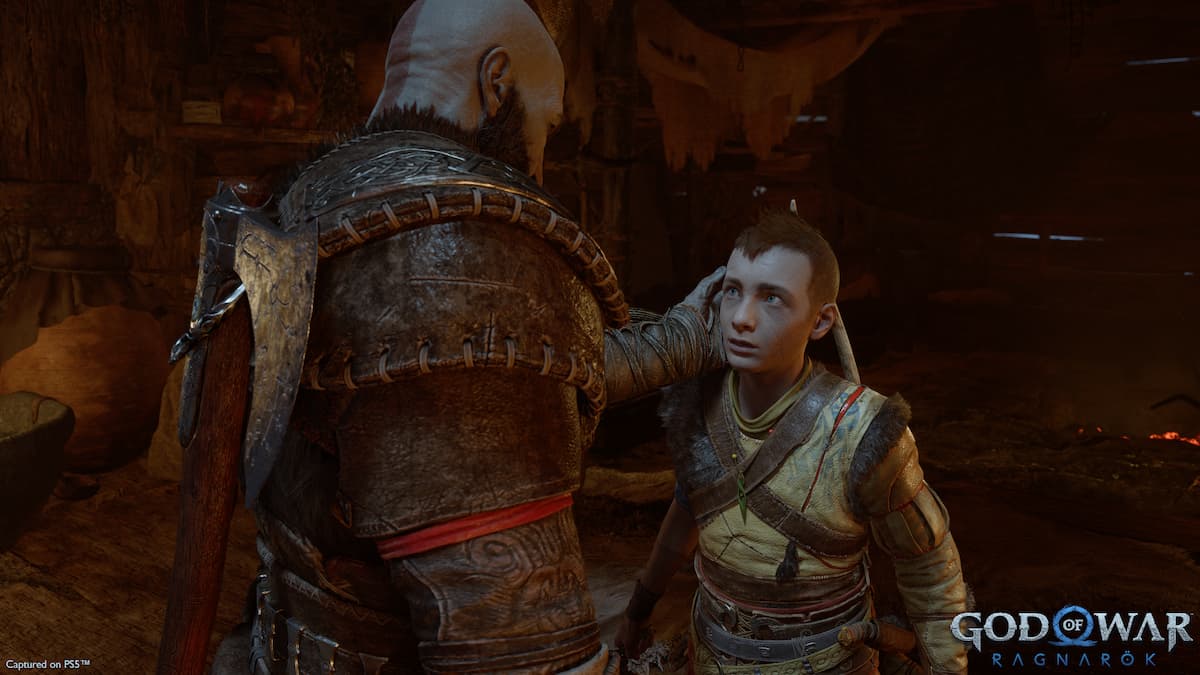 In this guide, we’ll be discussing whether or not it’s possible to beat Heimdall the first time Atreus meets him in God of War Ragnarok.

*At this point, we’re giving you a big ol’ spoiler warning. If you’d rather not spoil any of God of War Ragnarok’s story beats for yourself, then we’d advise turning back now and returning once you’ve finished this initial skirmish with Heimdall. You’ve been warned!*

After deciding he needs to get some answers for himself, Atreus opts to leave behind Kratos and the rest of their pals and heads to Asgard on his own. After scaling the immensely tall walls, he’s greeted by none other than Heimdall, who is immediately suspicious of the teen scaling his way into the main city of the realm.

Eventually, he lets Atreus in, and while guiding him through the various streets, he suddenly decides that, actually, he’ll engage Atreus in a fight.

Can Atreus Beat Heimdall in Asgard?

The short answer is no. No matter what you do, what attacks you try, Heimdall will evade each and every one of Atreus’ and land a few blows on the teenager to boot. In other words, you’re better off just letting Heimdall dish out the pain for a few minutes than actually trying to fight him. It’s a helpless battle against an unbeatable opponent.

Why Can’t Atreus Land a Single Hit on Heimdall?

Well, the reason Heimdall keeps watch for invaders and the onset of Rangarok is because he’s all-seeing and all-hearing. In other words, he has the power of foresight, allowing him to read every single move that his opponent is going to do in battle. With that in mind, it’s unsurprising that Atreus couldn’t even get a single attack to land on Heimdall — he knew what Atreus was going to do before our protagonist probably did!

For more handy gameplay guides on God of War Ragnarok, be sure to check out our explainers on whose soul is in Atreus’ knife, what those colored bugs are on walls, and how long the game takes to beat.