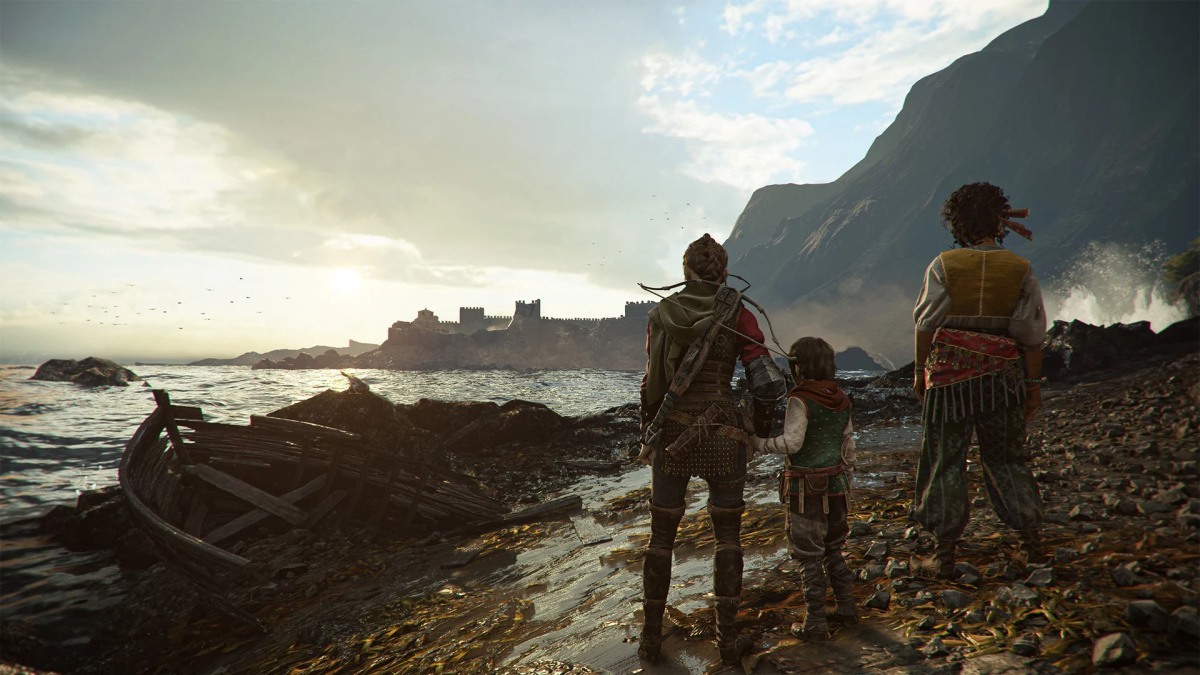 For everything A Plague Tale: Requiem carries over from A Plague Tale: Innocence, there are new elements and gameplay features for you to sink your teeth into. Case in point: Hugo’s collection now includes a host of Feathers for you to find, providing him with his own minor cosmetics to apply during segments where he’s present. These can be a little tricky to track down though, which is why we’re here to walk you through where to find every Feather in A Plague Tale Requiem.

There are seven Feathers for you to track down in A Plague Tale Requiem, and they’re not categorized as their own group of collectibles. Instead, they’re combined with the Herbarium Flowers to make up the Hugo’s Collection collectibles group, and replace Flowers as the collectible you’ll need to track down level by level after Chapter 5.

As such, we’ll be skipping straight to the Chapter where they first appear to avoid repeatedly saying “there are no Feathers in this level.” We’ll also be listing them in the exact order they appear, so you can easily nab all of them in a single playthrough if you so choose.

All Feather Locations in A Plague Tale: Requiem

It’s worth noting that you don’t have to get every Feather in a single playthrough in order to get all the rewards that doing so offers. Even if you have to go back and replay a chapter in order to find one you missed, you’ll still earn the Trophy or Achievement tied to finding all of them no problem.

Where to Find the Feather in Chapter 6

The first Feather you can find in A Plague Tale Requiem is in Chapter 6, and is given to you automatically in order to teach you that they’ll be replacing the Herbarium Flowers.

After starting the level, progress along the path normally until Hugo runs off toward a tree. After he falls, join up with him to discover that he has found some Jay feathers beneath the tree.

He’ll then comment on how he likes to collect Feathers instead of Flowers now, and Amicia will agree to start looking for them during their travels from then on. The Jay Feather will then be added to Hugo’s collection.

The next Feather is in Chapter 7, and can be found while exploring the shoreline with Hugo.

After Hugo chases the flock of Seagulls away, go into the fisherman’s hut further up the beach and to your left. Climb through the open window, and then go along the rocky path until you come to a seagull sitting on a ledge.

There will be some feathers lying on the ground beneath it, and you can take one of them for Hugo’s collection. This will trigger the Black Headed Gull in your Codex, and bring you one step closer to having every Feather in A Plague Tale Requiem.

Where to Find the Feather in Chapter 8

The third Feather you can find is in Chapter 8, and it’s fairly easy to miss if you aren’t being thorough about exploring the opening area.

After reaching the market area of La Cuna where Amicia and Hugo ask people if they’ve seen the markers from his dream, head toward the upper left corner of the area. You’ll see an opening into a courtyard with a tree overlooking several people.

Go up to the tree, and look for some black feathers at its base that you can examine. Once you take a look, the Black Kite Feather will be added to Hugo’s Collection.

Finding the Feather in Chapter 9 of A Plague Tale Requiem may seem daunting given the open area it’s host to, but this is merely a deception. You won’t find the collectible until about the halfway mark of the section, well after you enter the more narrow and closed off portion of the level.

After entering the tower to see what ceremony the Count is doing, climb up to the highest point of the tower and then scramble up the nearby ledge to continue along a high road. At the end of it will be a tree with a nest, and you can examine the feathers below it to unlock the Barn Owl Feather.

Where to Find the Raven Feather in Chapter 10

Next on the list of Feathers to find is the Raven Feather, located in Chapter 10.

After proceeding through the doorway Amicia busts open with a chandelier, look for a hidden side path on the left side of the road. Follow it, and then drop down from the ledge it leads to. Continue on the lower path this brings you to, and you’ll find the Raven’s Feather at the end of the path.

The second to last Feather you can find is in Chapter 11, and it’s in a place you wouldn’t expect to find it.

After entering the room opened up by blowing up your first barrel of Greek Fire, you’ll come across another barrel behind some wooden planks in the upper right corner of the room. Shoot some Ignifer at it from a distance with either your Sling or Crossbow, and then crawl through the hole in the wall it creates. Inside this new room you enter will be some European Goldfinch Feathers for you to add to your collection.

Where to Find the Feather in Chapter 13

The final Feather in the game can be easy to miss, as it’s hidden within the chaos of Chapter 13.

Once you reach the portion of the level where you need to push a cart to scale a vine-covered wall, push it toward the wall to the left instead. We’ve included a screenshot of where the cart should be pushed to for your reference.

Scale the wall, and then head toward the post with a bird’s nest positioned at its top. The Feather will be directly in front of you, and after you examine it, the Greylag Goose Feather will be added to your Codex.

Once you’ve found every Feather in A Plague Tale Requiem, you’ll be treated to a few different rewards.

The most immediate one is the Ornithologist Trophy and Achievement. It’s a mid-tier accolade that’s a bit harder to earn than some others in the game, and brings you a decent portion of the way toward completing everything the title has to offer.

You’ll also gain a number of cosmetic items that you can apply to Hugo at will. While they may not impact the gameplay in any way, they’re still a neat way to customize your overall experience with the game and make it a more personal journey.