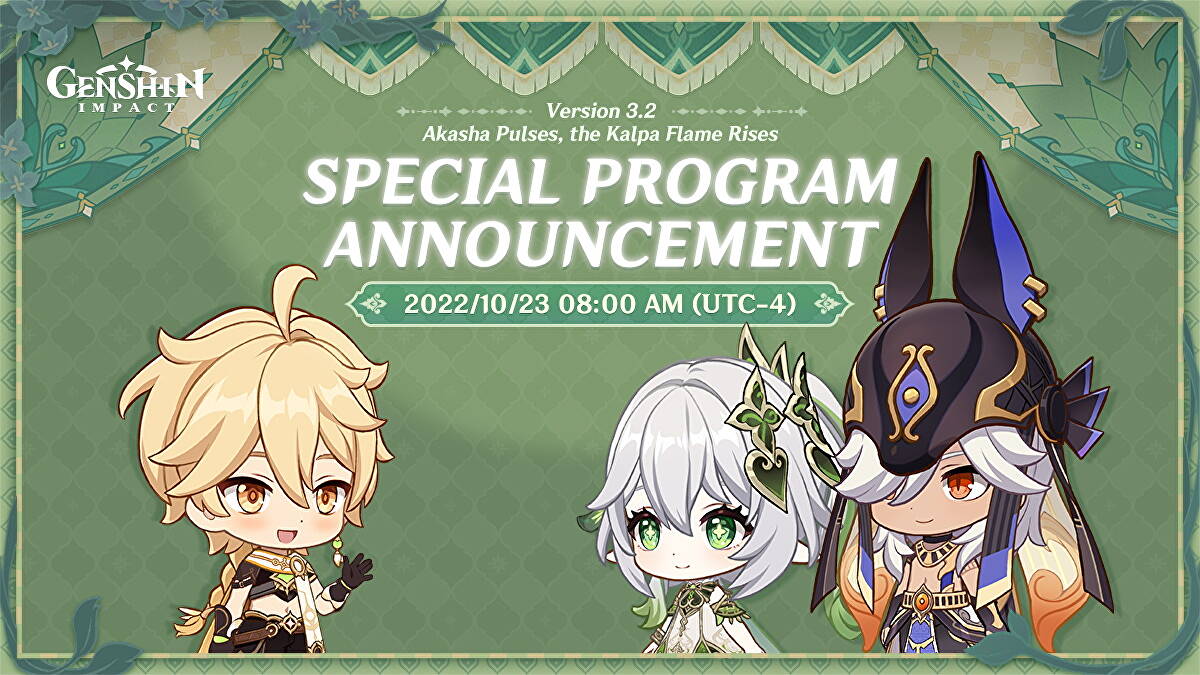 Before moving forward, it’s worth noting that these codes are only valid for a day. So we highly recommend redeeming them at your earliest to get nifty freebies.

Here’s the list of codes released during the Genshin Impact 3.2 live stream:

How to Redeem Genshin Impact Codes

There are two ways to redeem Genshin Impact redeem codes. But before we dive into the details, it’s worth noting that players will need to be Adventure Rank 10 or higher to redeem codes.

In the first method, players will need to visit the code redemption website. Then, log into the same account they use to play Genshin Impact. Once they’re logged in, click Redeem Code at the top of the page. Select the server on the next page and input your character nickname and redemption code. After redeeming a code, the rewards will be sent to your in-game mail.

Alternatively, travelers can also redeem the Genshin Impact codes directly in the game. For this, they will need to follow these steps:

Just like the previous method, the rewards will be sent to your in-game mail. As a final note, make sure to claim your rewards as soon as possible, as the redeem codes will expire on October 24 at 12:00 am (UTC-4).

That’s everything you need to know about Genshin Impact 3.2 livestream redeem codes. Before leaving, don’t forget to check out some of our other Genshin Impact-related content here at Twinfinite, like how to reach the First Statue of the Seven in Sumeru and how to get Forest Regalia Claymore in Genshin Impact.