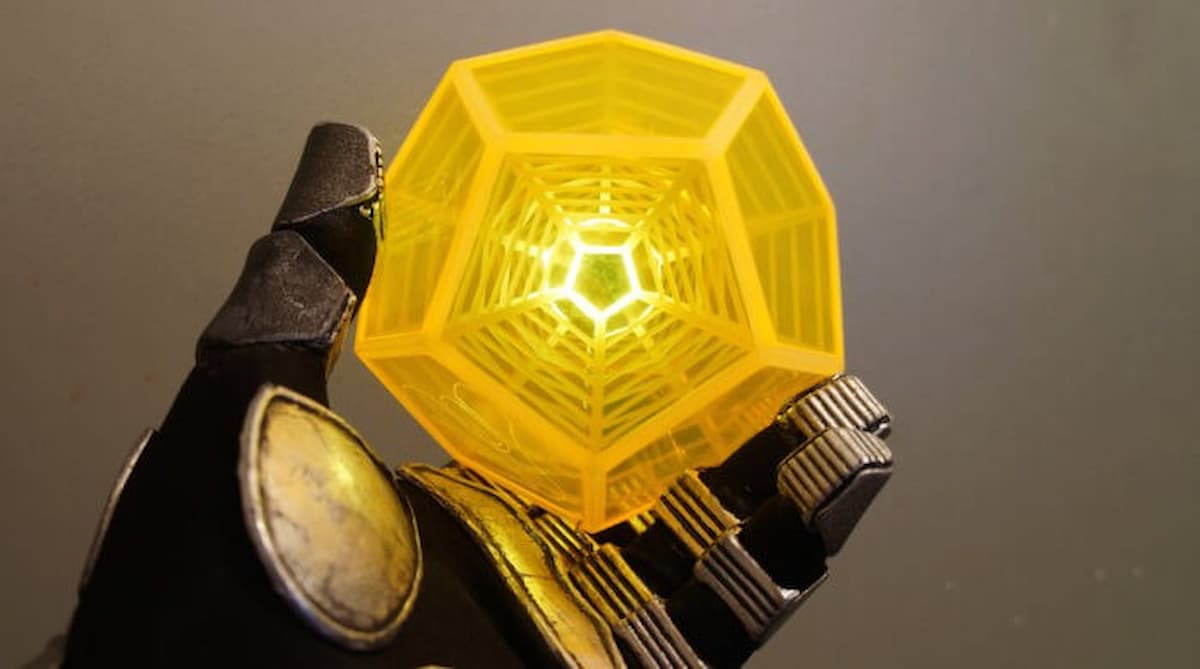 The Destiny franchise has been running for eight years, and in that time, Bungie has created a number of fascinating exotics weapons. From the iconic power of the Gjallarhorn to the new nanite-infused Quicksilver Storm, Bungie has been producing new and interesting weapons that carry great strength or even enhance the power of your abilities. That being said, not all exotics are winners. Destiny 2 has over 100 exotic weapons, and in a game that changes as often as Destiny 2 does not all of them can be winners. That doesn’t mean they’re not viable, though. Here are the top five forgotten exotic weapons in Destiny 2, and how Bungie can fix them.

While Salvation’s Grip is Destiny 2’s worst weapon – hell, it can’t even kill on its own – it is not necessarily the most forgotten. This is due to its use for traversing outside of the game’s normal boundaries. Salvation’s Grip when fired will launch the equivalent of a small Glacier Grenade on the spot and can be used to traverse areas you otherwise wouldn’t be able to as the crystals it spawns can be used as platforms. This makes it a somewhat useful tool for any Guardian that seeks to go out of bounds and try and discover something such as the Galaxy Pools. That being said, it is merely a tool to be used for convenience and nothing more, and thrown into the vault soon after.

In order for Salvation’s Grip to be even considered as an option for a weapon, it needs to be provided some sort of means as an offensive tool. One possibility would be to give it an alt-fire ability, perhaps allowing it to shoot mini stasis shards as a projectile. The other way to make it useful would be to provide it synergy with Stasis subclasses, perhaps granting an ability regeneration boost when breaking the crystals it spawns.

D.A.R.C.I. is in a very similar situation to Salvation’s Grip. Yes, much like a ruler, it really only has one particular use and isn’t very good for much else. Its exotic perk is negligible at best, letting the player see how much health an enemy has as well as additional other information. This perk is useful for testing weapon ranges and damage falloff as it tells you how many meters away an enemy is but it’s only really used by online content creators.

Its other perk acts as a more powerful Boxed Breathing: when its exotic perk is active it will deal extra precision damage. This perk adds about 18,000 damage to its base damage, which sounds like a lot but in practice it is outpaced by legendary heavy weapons outright. Additionally, that is the only perk that provides it any sort of utility, as its catalyst only provides it extra stability.

Salvation’s Grip may be bad at most things, but at the very least its one gimmick is something it can call its own. D.A.R.C.I. needs an overhaul to its catalyst, whether that be an addition of a perk such as Overflow or Focused Fury to increase the damage it can do to single targets, or a new perk outright.

The Prospector is a very interesting case as it not only suffers from the problems intrinsic to heavy grenade launchers as a whole, but also from the way its playstyle contradicts itself. Heavy Grenade Launchers are the weakest of the heavy weapon family, being generally decent at add clear and poor at performing DPS.

The Prospector is much the same, being good at add clear but bad at DPS. The main problem with Prospector is its main exotic perk, however. When firing, if holding down the trigger, the gun will shoot remote detonated grenades. This lets you place grenades wherever you wish, which is good on paper until you realize that the grenades will detonate upon release of the trigger.

This means that you cannot stop firing the gun, which prevents you from laying down the grenades with any sense of strategy. Additionally, the first grenade fired will detonate on its own from time to time. At that point it is better to fire the grenades individually, as the damage does not change either way.

Fixing the Prospector would be quite simple: change the gun so that an individual trigger pull places a grenade, and then pressing the alt-fire button detonates the grenades. This way you can place the traps you like and detonate them when you wish, giving the weapon much needed utility.

While the Destiny 2 community has not forgotten about this weapon, Bungie certainly has. It is a Heavy Linear Fusion Rifle, whose base damage is thoroughly outclassed by its legendary counterparts, no damage boosts to call its own, no catalyst, and otherwise has no reason to be used over any other heavy weapon. The only good things it has going for it is Quickdraw, which is not particularly useful, and the fact that it blinds enemies on a hit. Compared to the raw destruction of Gjallarhorn or the massive burst DPS of Parasite, its blinding effect is mediocre at best. This is a shame, as it is one of the few enemy weapons in the game that we can wield for ourselves!

To fix the Queenbreaker’s Bow, the exotic would need a complete overhaul as well as the addition of a catalyst. Adding synergies with the Arc 3.0 subclasses would give it some utility, and perhaps boosting damage against enemies that are blinded could be useful as well. Either that or change it to a special weapon as its perk set and damage output seem more in line with that archetype as it is.

The Worldline Zero, with the introduction of the Falling Guillotine all the way back in Season of Arrivals, has had almost nothing unique to its name. Its extra perks, Assassin’s Blade and Tireless Blade, are available in that very combination on legendary weapons. Its ability, which gives a short teleport followed by a spin attack, is only able to be used with a fully charged heavy attack and while sprinting.

Falling Guillotine, meanwhile, has better perks available than Assassin’s Blade and Tireless Blade, the option to get secondary perks that increase charge time and damage rates better than Worldline Zero, its heavy attack spin attack deals more damage in a wider radius, and the gap the teleport would cross can be easily traversed by walking. Worldline Zero has been outpaced by its peers and completely forgotten about, its meager abilities dwarfed by the Lament, legendary swords, and even glaives which are special weapons. The only thing it has going for it is a unique design, but even then, many of the legendary swords look more exotic than it does.

To make Worldline Zero relevant, it needs some way to activate the teleport beyond performing a heavy attack while fully charged and sprinting. That’s too many requirements for too small a payoff. If the teleport could be activated during a light attack, consuming more ammo to keep it balanced, it would be a good option for PvP scenarios where mobility is king.

Another way to fix the weapon would be to remove the sprinting requirement and reduce the amount of time it takes to charge the weapon. Waiting to use its one unique ability takes a while, and sometimes you have to run in circles to activate it because you got to a group of enemies before it is ready. This process is tedious and unsatisfying compared to the charge rate other swords have. Instead, it should be something that you can use as a mobility and add clear tool, bringing you from one spot to another in the blink of an eye and shredding any enemies in your path.

It is unlikely that Bungie will address any of the weapons on this list any time soon. Many of these weapons have been left relatively alone since the launch of Destiny 2, receiving minor changes from time to time. That being said, each one has the potential to be something special if Bungie takes the time to work on and adjust them properly.

If you found this article entertaining, why not check out our article on How To Get Taipan-4fr in Destiny 2: What Is the God Roll?, or why you should Enjoy Destiny 2 Season of the Plunder’s Jovial Nature While It Lasts; The Witness Is Coming.