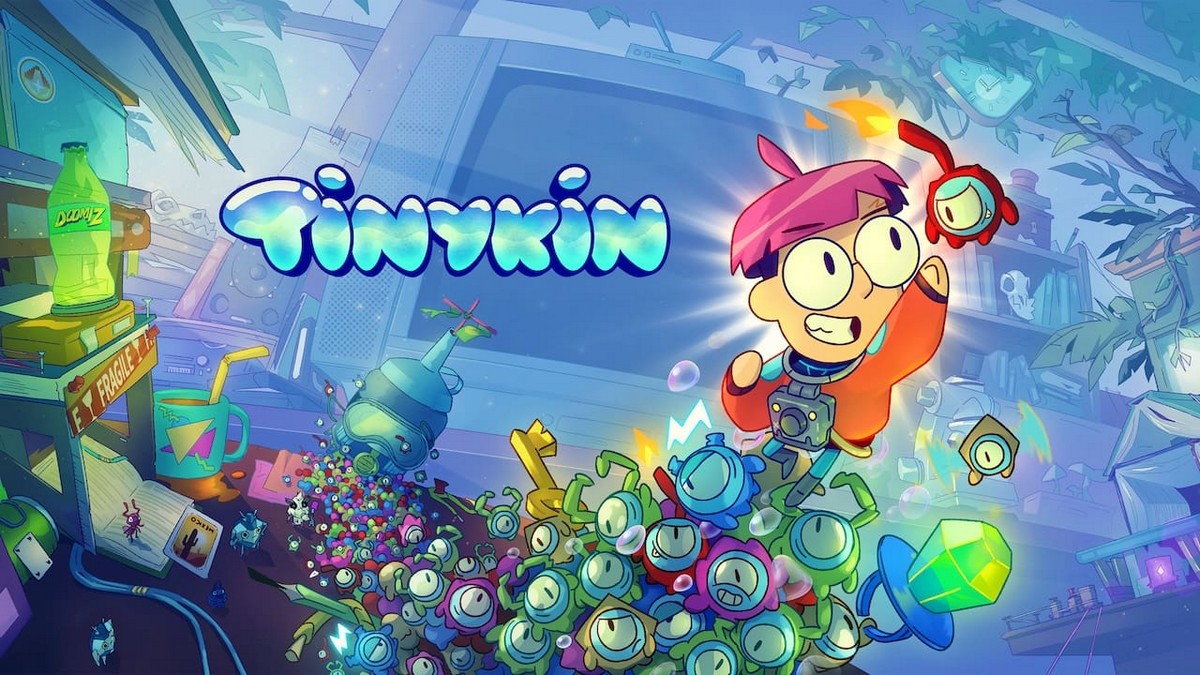 Platforming games have always been a mainstay in the gaming world, and the move from flat, 2D worlds to more fully realized ones in 3D has allowed for more creative ideas to come to life. One such example is that of Pikmin, and while we wait for a proper sequel, Splashteam’s adorable 3D platformer, Tinykin, is doing more than most to fill the gap.

While narrative has never really taken center stage in a platformer, Tinykin does have an interesting enough premise to get players invested right off the bat. Putting players in the shoes of the researcher Milodane, who arrives on Earth seeking discovery, things take a turn when there are no humans left and time has not moved since 1991.

To get home, you will need to construct a special machine with the help of the fun-sized creatures known as the tinykin, as well as other colorful characters in a sprawling ant-sized metropolis filled with beetles and other insects to make things even more amusing.

Naturally, having the help of the tinykin hows heavy inspiration derived from the Pikmin series, yet, there are some glaring differences. For example, Tinykin features no combat of any sort, and you don’t have to worry about losing them at any point in time. Instead, using their unique abilities to climb higher, break down doors and solve the city’s problems is the crux of the excellent 3D platforming found in Tinykin.

As players start to learn the rules of this miniature world, Tinykin starts getting into a groove that feels smooth and fun to play. It does not take too long for the world to throw in tools that open up new ways to explore, such as a skateboard for Milo or the myriad abilities of the tinykin like forming bridges, which further expand the various levels in the game.

The tinykin are undoubtedly a helpful bunch, whether you are looking for something to help you carry objects or manipulate the world. The pink ones are great for putting things in the right places, the red ones are explosive solutions, green tinykin can stack themselves up to provide a lift, while others build bridges or even conduct electricity. Having all these options means you are always on the lookout for things to fix or areas to open up, and not having to play babysitter to the creatures is another plus in my book.

This makes exploration an exciting proposition rather than a chore, and of course, there are plenty of collectibles for players to hunt down, such as more tinykin eggs to help add to your growing posse, golden pollen to upgrade Milo’s bubble, or the all-important machine part to get Milo. But, even if you are not the sort to dive deep into collectathons, Tinykin does just about enough to keep things from turning tiresome, with something always catching the attention at the next turn.

Getting to the right places also means solving puzzles and getting on the good side of the local insect populace. On that front, things are never too complicated either, with solutions becoming clear once you have seen more of the level and have the requisite tinykin to help overcome obstacles. The way Tinykin is structured brings a good amount of charm to the proceedings too, putting various areas in a typical house in a new light from a fresh perspective.

It also helps that the 3D world is populated by 2D characters that just pop with vibrant color and is well animated. Talking to the many insects found in the various towns can be a pleasant distraction, and the general tone of the writing is usually enough to elicit a laugh or two. The occasions where fully animated cutscenes play out are also always a delight.

At first glance, Tinykin might appear overwhelming with its various tinykin mechanics and the collectibles to find, but somehow, the game keeps you moving at a steady but still entertaining pace. At its bare minimum, you will still get at least six hours of fun trying to get Milo home. However, decide to go full completionist, and you can add a couple of hours to the total playtime and more satisfaction from solving tougher puzzles. And while it may not necessarily have that strategic component of Pikmin, Tinykin makes the most of its take on the genre while adding its own adorable mascots for one of the best 3D platformers in recent years, especially on Game Pass.