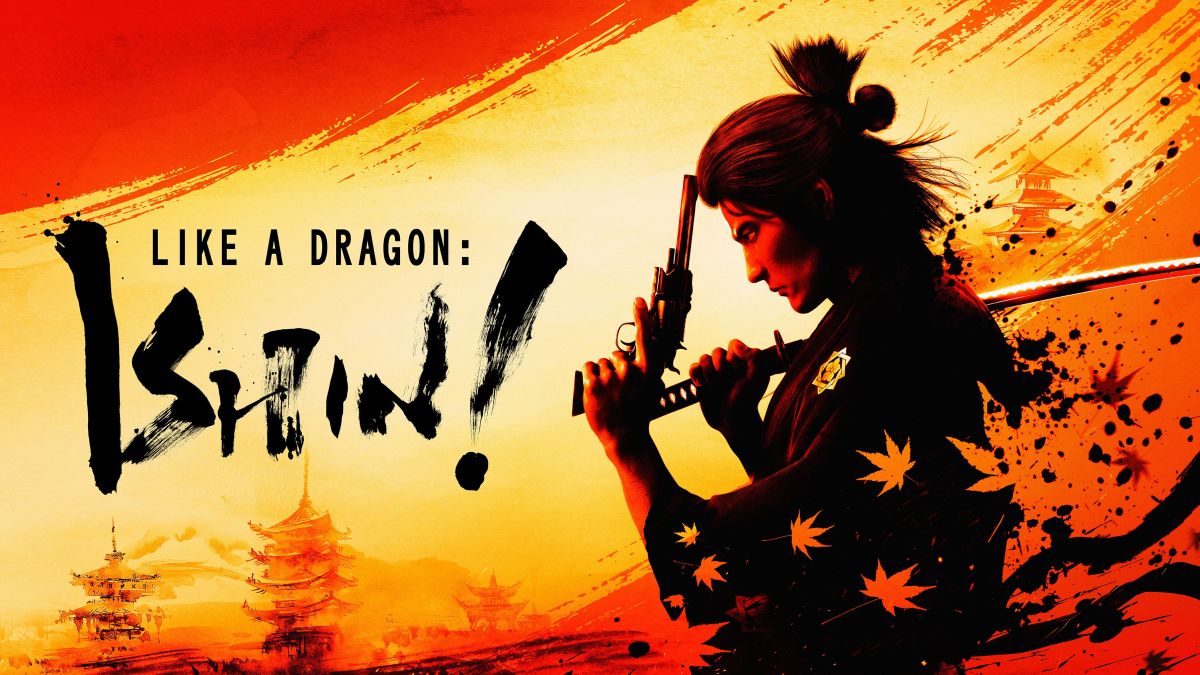 Many fans of the Yakuza series (now renamed “Like a Dragon,” which is the literal translation of the original “Ryu Ga Gotoku” title) had lost hope of seeing its old-Japan spin-off Ishin localized for the west.

Yet, Sega surprised us not only with a localization, but also with brand new platforms and the “Kiwami” treatment that we’ve seen for the first Yakuza games. In fact, the Japanese title of this upcoming release does include the word “Kiwami,” even if that’s gone from the western title, which makes sense since we never got the original.

The story is set in the Bakumatsu period of Japanese history (just past the halfway point of the nineteenth century) when the samurai rule was fading, and Japan was starting to timidly and often begrudgingly embrace western-driven “modernity.”

It’s a period that many in the west find rather obscure since it’s eclipsed in popular media by the Sengoku period. As such, it has also been neglected in gaming, unless you love Otome games, a genre which is full to the brim of pretty boy-zations of the Shinsengumi.

If that’s not your drift and you want to familiarize yourself with the historical background (and you have a PC), I will wholeheartedly recommend another game available under Sega’s umbrella: the former Total War: Shogun 2 expansion turned stand-alone game Total War Saga: Fall of the Samurai.

Like a Dragon: Ishin throws you straight into the middle of the Bakumatsu action, and specifically into the headquarters of the Shinsengumi, the famous or infamous (depending on the angle you look at them from) special police force created to keep order in the tumultuous times leading to the end of the Tokugawa Shogunate.

Yet, the Shinsengumi you’ll meet in this game are far from pretty boys (albeit beauty is in the eye of the beholder, and I happen to have a mancrush on Goro Majima like 90% of male Yakuza fans and don’t even dare to deny it), and bear the likeness, voices, demeanor, and middle-aged snark of well-known characters from the Yakuza series.

There’s no Ichiban Kasuga here, and our hero Kazuma Kiryu is back to play the role of historical character Ryoma Sakamoto, albeit things steer straight into the realm of fantasy history as he takes on the role of famous Shinsengumi Hajime Saito to infiltrate the group and unmask the murderer of his mentor. In actual history, they were decidedly different people.

The hero isn’t the only element that returns in Like a Dragon: Ishin. Since the original game is from 2014, action gameplay is back on the table, as the turn-based switch has not yet happened at that point. You’ll find that the game plays rather similarly to Yakuza 5 and Yakuza 0, which are the mainline chapters of the series it released between, albeit there are differences.

The main change is definitely the fact that you won’t pick up bicycles to supplement your fists, as you carry your weapons with you at all times, specifically a Katana and a handgun. This weapon combination alone should let those unfamiliar with Japanese history realize that this definitely isn’t the Sengoku era and Ryoma isn’t your classic samurai.

Like in the original game, you have four battle stances to switch on the fly between, focusing on fists, katana, gun, and katana + gun, albeit I’m fairly sure (it has been a long time) that the styles themselves have been refined and tweaked. A collectible card system providing special moves originally belonging to a separate dungeon battle mode has been integrated into the main combat mechanics, which makes sense, considering it was mostly geared to be used via the PS Vita integration system, which tragically (but understandably) isn’t a thing anymore.

It’s a well-rounded battle system and is sure to enthuse those who have been missing the action mechanics of the earlier games of the series.

Despite the difference in setting, this is most definitely a Yakuza Game, so you can expect a metric ton of things to do besides the main story, from exploring the city while making friends and completing subquests to a plethora of fun minigames, including some farming simulation content that will certainly delight the Story of Seasons fans among us.

The changes brought by this new version of the game aren’t only mechanical. The visuals have definitely been updated as well, which is great considering that the original was a generational middle ground between PS3 and PS4 that didn’t age excessively well. The fresh coat of paint is definitely visible and makes the game quite fetching, at least in the PS5 version that I was able to test

Of course, like all Yakuza games, a large part of the attractiveness comes from the storytelling and atmosphere. While the latter is definitely different compared to Kamurocho and the other locations we have visited in the modern-day titles (albeit some things are preserved, in more or less subtle ways) the storytelling is very similar and similarly awesome.

Don’t get tricked by the “serious” historical setting, because the humor pervading the series remains for the better. Basically, if you’re used to the mainline games of the Like a Dragon franchise, you’ll feel perfectly at home with Ishin. As a matter of fact, the change in setting makes it even more fascinating. You could say it feels almost like a Yakuza-themed isekai.

Ultimately, the localization of Like a Dragon: Ishin is a dream come true for many fans of the Yakuza series, but even those who have not tried the series before can find a lot to like.

As matter of fact, considering that Ishin is a stand-alone story while the mainline series has been going on forever, this may very well be a great entry point for novices.