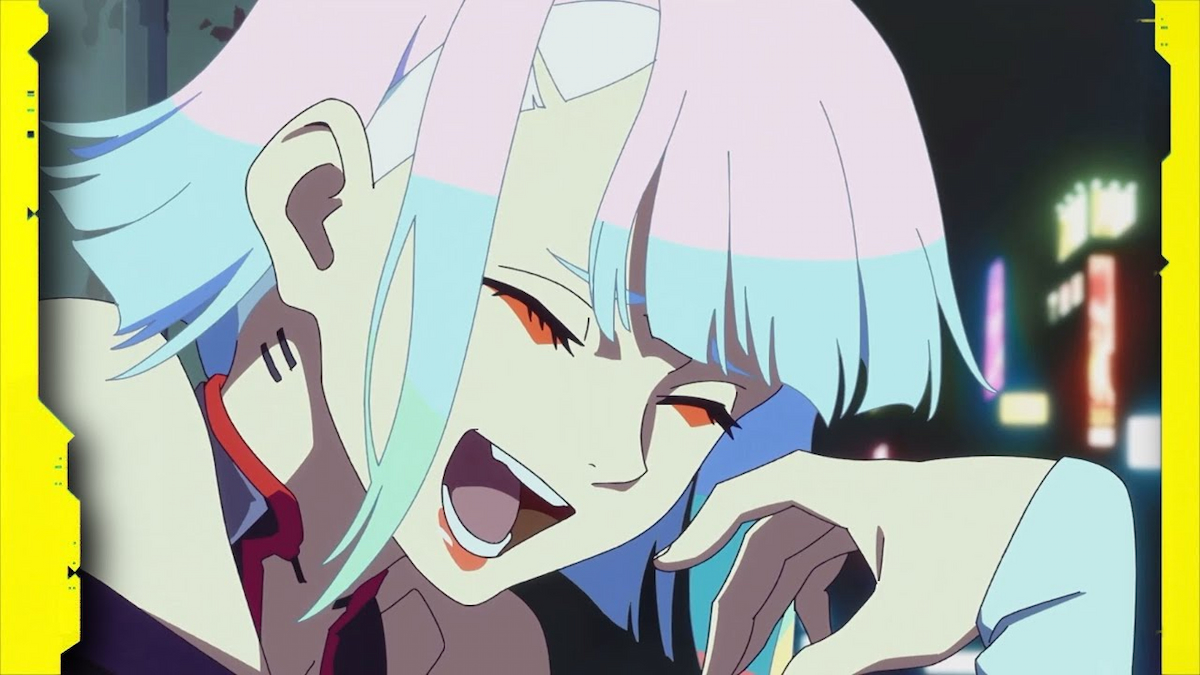 Netflix’s latest video game anime adaptation is an absolute banger, and its success has brought the Cyberpunk 2077 universe back into the spotlight. Called Edgerunners, the spin-off show introduces a bunch of seriously cool new characters in a kickass storyline that has seen players return to CDPR’s game in huge numbers for a fresh playthrough. If you’re one of the many interested in learning how to build Lucy from Edgerunners in Cyberpunk 2077 then here’s what you need to know.

Two important features of Lucy that fans of Edgerunners will appreciate are that she is a Netrunner and a master of the Monowire weapon, so we’ll be basing our builds around these core elements. So, your first port of call is the get the weapon and get a Cyberdeck so you can start creating a Netrunner / Intelligence-style of build:

Now we have our two core elements, let’s add in something a bit different to give our Lucy build an edge in combat. Technically speaking, Lucy doesn’t use any sort of optical camo, but she does dazzle her enemies with movement and frequently runs circles around them in the Edgerunners, so if you want to do the same in Cyberpunk 2077 we suggest going for invisibility. This is going to simulate that same style of combat she performs in the show.

Since we know from the show that Lucy is a master Netrunner, it would make sense to build her around Intelligence. Of course, we will also need to throw plenty of points at Reflexes to make sure she can use the Monowire and our Cyberware. Indeed, it’s important to note that as of the 1.5 Update to Cyberpunk 2077, the Monowire actually scales with Reflex, so you’ll definitely want to invest heavily into it to max its damage. Elsewhere, there are Perks to invest in across Cool and Body, too. Let’s take a look at some!

Note that following is not an exhaustive list, but are Perks we believe any Lucy-style build needs.

Mass Vulnerability + Upgrades Resistances & Quickhacks – Breaching enemies before striking increases their vulnerabilities, which just makes initiating melee encounters that much more effective. Upgrade these with the Resistances and Quickhacks upgrades to further enhance its effects.

Beyond the important handful we’ve selected here, invest in Perks that reduce RAM cost and generally make your Netrunner build more efficient. You’ll also want to work your way up to Bartmoss’ Legacy so you can craft Legendary Quickhacks.

Since Lucy is all about pouncing on enemies to devastating effect, it would make sense to invest in Ninjutsu when considering your Cool options.

Since Lucy is so athletic in Edgerunners, it makes sense to invest in Body. The main Perk you want is:

It’s worth noting that investing in Body means you can install Cyberware such as the Bioconductor, which reduces Cyberware cooldowns and should compliment this build nicely. You’ll be able to use your optical camo and Kerenzikov much more frequently with this installed.

That does it for our how to build Lucy from Edgerunners in Cyberpunk 2077 build guide. Again, it’s not a completely exhaustive list of Perks and Cyberware options, but it should provide you with a great overview of what works best for the build style. For more related content, search Twinifnite or check out what’s listed below.