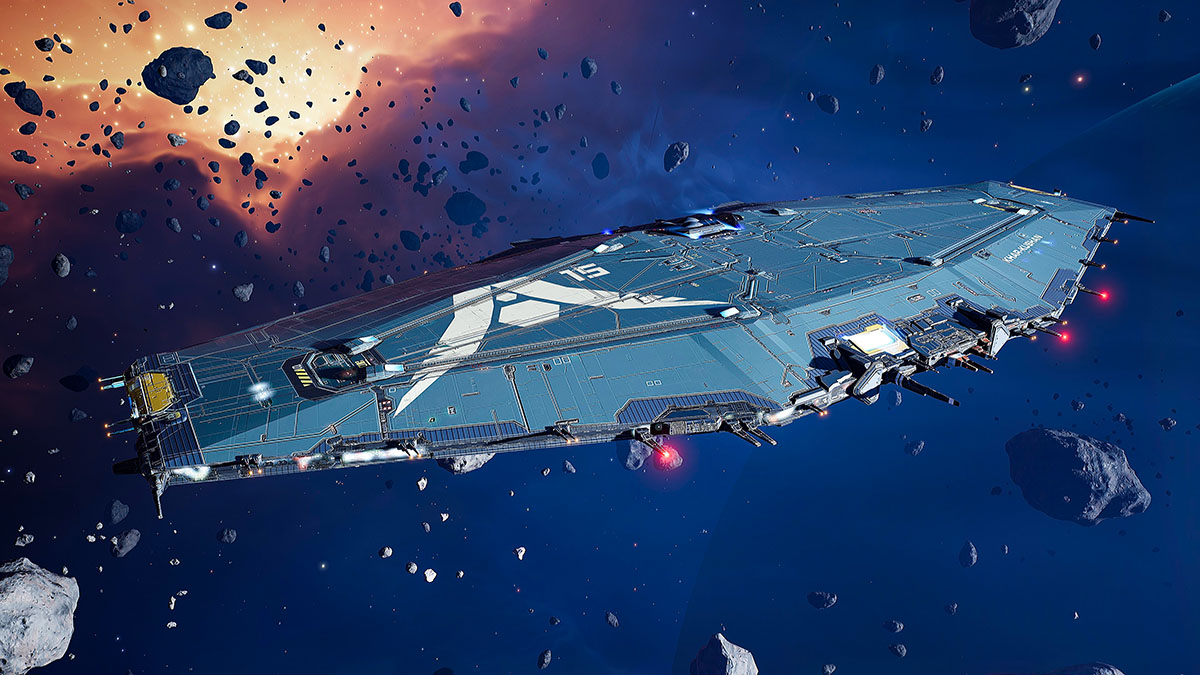 Many years have passed since the launch of the latest Homeworld game set in space (Deserts of Kharak was more or less its own thing). Yet, the series still has many fans, who have been demanding a new title and patiently waiting to return to the stars.

At long last, Blackbird Interactive and Gearbox publishing are bringing the series back to its spacefaring RTS roots, and I have played a rather extensive demo including two full missions.

The first thing I can tell you is that this time around Blackbird did not reinvent the wheel. Everything feels familiar, from the visual style to the gameplay.

While the graphics have been considerably boosted and take advantage of modern tech like ray-tracing and more, the much higher resolution and visual quality let us enjoy our spaceships in massively improved detail.

Yet, like everything else, the visuals feel familiar, as the developers have carefully recreated the art style of the original games, which is great because it includes some of the most inspired mecha design in gaming. The franchise has always been known for its sweet, sweet starships, and sweet starships are exactly what we’re getting this time around as well.

That being said, what perhaps takes the most advantage of the 20+ years of technological advance is space itself, which is now much more beautiful, denser, and full of details to enjoy.

While the controls feel more intuitive and snappy compared to the original games, they also made me feel like I was playing an evolution of Homeworld, not a revolution, with all the depth that I expected from a game of the franchise.

It is not by chance that I speak of depth, because your ships can move freely in the 3D space. Players who are used to “boots on the ground” RTS games will likely need some time to adapt and relearn basic movement concepts, but I don’t think there is a way around this unless the developer decided to dumb things down, and thankfully they did not.

I mentioned that space is now much denser, but it isn’t just a matter of visuals. These derelict obstacles and debris now offer hiding spots, stealthy routes, and cover, adding massively to the tactical depth of the gameplay.

A well-timed ambush is extremely satisfying, and this is something that I can say about the whole of Homeworld 3 combat. RTS Space battles are back, and they feel awesome.

As I said above, Blackbird did not reinvent the wheel, and this is exactly how a developer taking on an old and beloved franchise should approach a sequel. They used the hammer (gently) here, the chisel there, added bits that made battles more interesting, but gave the fans exactly what they have wanted for so many years without flights of fancy.

While the jury is still out on whether the storytelling and overall campaign will be worthy of Homeworld 3’s glorious predecessors, the game has the potential to be a shining example of the way this kind of project of franchise revival should be handled – with love, care, and respect.

For now, this is a blast from the past, and that’s exactly the way it should be.

Homeworld 3 is coming to PC in the first half of 2023. At the moment, a specific release date has not been announced just yet.