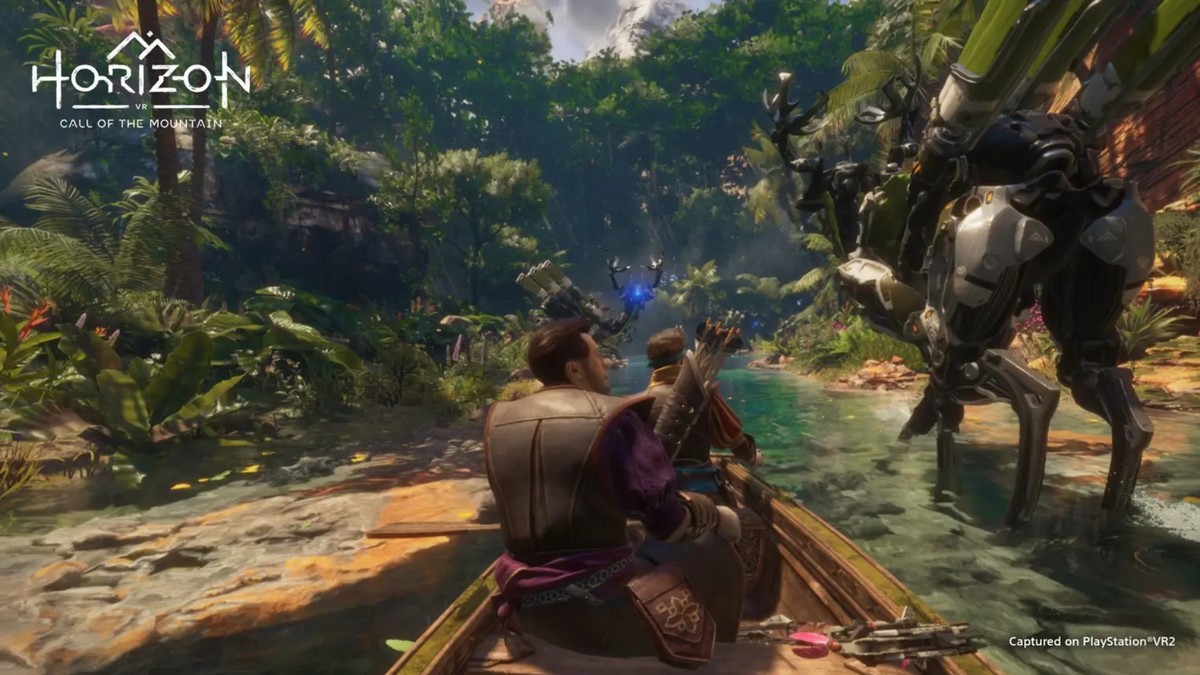 Having revealed the design of the PlayStation VR2 at the start of the year, it is only natural for Sony to want to show off what its brand-new gear can do. That’s where the games come in, and following a gameplay trailer as part of June’s State of Play presentation, Guerrilla Games is back with a short Horizon Call of the Mountain gameplay tease via Twitter.

While 30-odd seconds is not a lot, it does give us a glimpse of how the game will look in motion. Of course, nothing is going to really translate the actual experience of donning the PlayStation VR2 and getting transported into a whole new world, but this will suffice for now.

Players can expect to enjoy an adventure that will show off the scale and majesty of the world of Horizon Call of the Mountain in virtual reality as Ryas, a former Shadow Carja who is searching for redemption. This is a journey that is set to last about 6 to 7 hours, at least according to the latest press previews. It will also be a standalone story that takes place during the events of Horizon Zero Dawn, and not the sequel that is Horizon Forbidden West.

It remains to be seen just how the game will make use of the technology powering the new headset, such as the controller and eye tracking, improved audio and haptics, and the Sense controllers. In concept, it should make for some really fun combat, especially against the gigantic machines that call the new world home.

As of now, there is no release window or date set for Horizon Call of the Mountain, but with the PlayStation VR2 set to launch in early 2023, we can expect Guerrilla Games’ VR project to release around the same time.