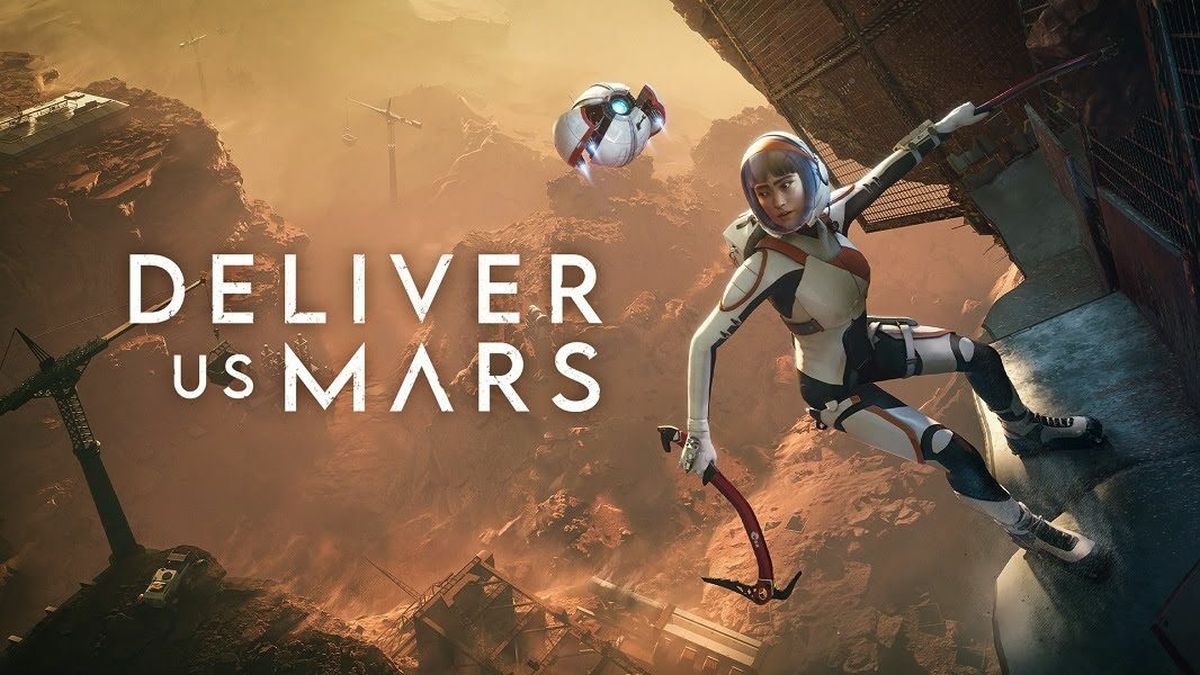 After the success with Deliver Us the Moon, KeokeN Interactive is back to space with Deliver us Mars, of which I have played a rather extensive demo at Gamescom 2022.

The game tells the story of young astronaut Kathy Johannson as she joins a mission to Mars to recover the stolen ARK colony ships, the last hope for humanity which has been pushed to the brink of extinction. Talk about pressure.

Incidentally, if you have played Deliver us the Moon, the jump in quality is really evident. It’s quite likely that Deliver Us Mars was created with a much higher budget available to the developers.

The importance of the story is definitely clear since the beginning of the demo, as Kathy shares her emotions and thoughts quite often. I definitely appreciated the charming delivery (no pun intended) by voice actress Ellise Chappell, which certainly adds to the emotional impact of the narration. There are also plenty of recordings of past events to be found along her path, providing more context to what appears to be a deep and complex story.

Speaking of the path, the level I played was fairly linear, set just after Kathy’s crash landing on Mars. yet, I certainly wouldn’t call Deliver Us Mars a walking simulator (not that I find anything wrong with walking simulators) as there is plenty to do on the way.

We’re faced with clever challenges to power up machinery and open up new areas, including a beam puzzle in which you have to send beams of energy across the room to give the exact amount of required power to progress. Arguably the most relevant and interesting mechanic of Deliver Us Mars (at least in the demo I played) is its climbing feature.

Kathy is equipped with two pickaxes which she controls individually, making climbing a bit of a puzzle in and of itself. There are subtly marked areas on rock faces that can be used for climbing, but it’s the player’s responsibility to proceed slowly and carefully one step at a time.

Think QWOP, but much slower and more reliant on careful planning over simple timing.

I will be honest: before I tried it, I found the idea of this mechanic needlessly tedious and potentially very frustrating. Yet, as soon as I started climbing rock walls, it clicked. It’s certainly slow, and it requires careful planning of every movement, but it feels grounded, challenging, and fun, and I can certainly see the potential of it becoming much faster and “second nature” over time. I believe many will appreciate the chance to challenge themselves to grow quicker and quicker at this.

I guess you could still consider it a puzzle, but it’s very tactile and intuitive, so it feels like it contains elements of action as well. One thing is for sure: this game has the potential to be a speedrunner’s heaven considering how relevant skill is to simple progression.

I certainly enjoyed my time with Deliver Us Mars, and it encouraged me to finally pull Deliver us the Moon out of my Steam pile of shame. When the demo of a game makes you want to play its predecessor, it’s certainly a good sign.

Deliver us Mars will release for PS5, PS4, Xbox Series X|S, Xbox One, and PC on September 27.