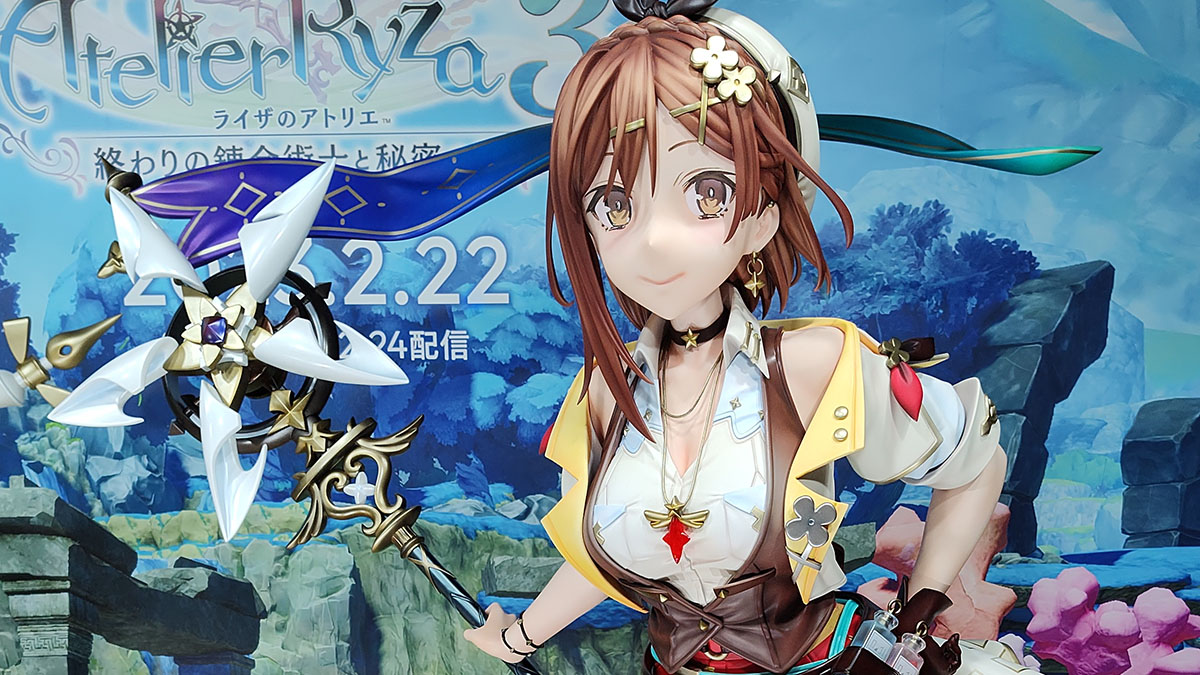 Today Koei Tecmo released a new trailer of the recently-announced Atelier Ryza 3: Alchemist of the End & the Secret Key.

The trailer focuses on one of the returning character who will appear in the game, Bos Brunnen.

In previous games of the series, Bos role changed from bully to friend, and this time around he gets to show his personal growth and fight side-by-side with Ryza and the rest of the gang.

While he appears to have mellowed out a bit, he certainly hasn’t lost his pride as a man of the Brunnen family.

Incidentally, Koei Tecmo certainly has a thing for life-sized statues of Ryza, and one made its appearance at the developer’s booth at Tokyo Game Show, sporting her new costume and standing side-by-side with the previous two created for the first and the second game of the series.

If you want to see and learn more, you can enjoy the previous trailer, plenty of screenshots, and the first details.