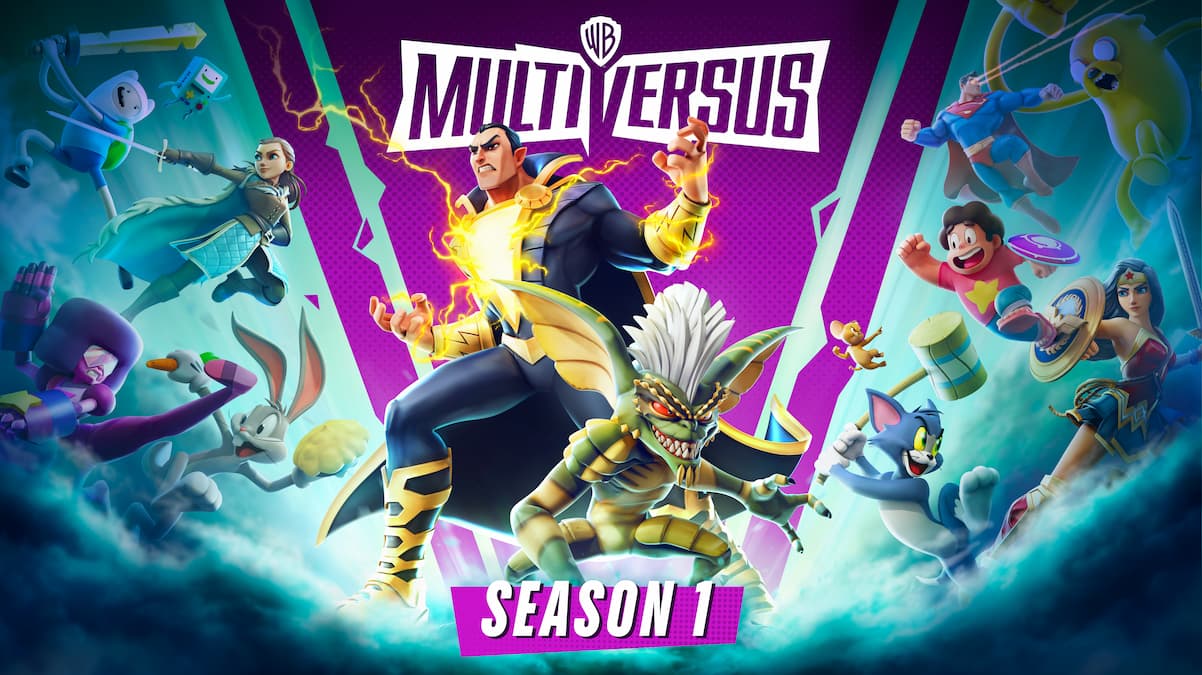 When Multiversus was first announced, I was pretty skeptical about whether it would be any good. We’ve seen other platform fighters flounder in years gone by; PlayStation All-Stars Battle Royale was a forgettable mess of a game, and Nickelodeon All-Star Brawl wasn’t exactly a game-changer.

It seemed as though the platform fighter genre was doomed to be essentially composed of Super Smash Bros. alone, and all imitators would fail.

But then Multiversus actually released, and lo and behold it was good! More than good, in fact, it actually iterated on the typical platform fighter formula in several ways to the extent that it represents the first true step toward pushing the genre meaningfully forward. Here’s a list of six things Smash Bros. could learn from Multiversus.

Put a Greater Focus on Dodging

I never liked the shield mechanic in Smash. I’m not sure if that’s a hot take or not, honestly. But it always felt so static, and I never really gelled with it.

Smash has had dodging in some form or another since Melee, but it’s always felt slow and relatively unsatisfying. Ground dodges are tied to the shield mechanic, while air dodges are static and arrest your downward momentum entirely.

Multiversus turns this on its head by getting rid of the shield entirely and instead replacing it with a more dynamic dodge system. You can dodge twice before your iframes suffer a bit of a cooldown, and can dodge in the air with movement in any direction (including up!).

This helps matches feel more fast-paced and exciting and is one of the biggest representatives of Multiversus’s main philosophy.

Acrobatics is the name of the game in Multiversus. The sheer mobility most characters have between their two jumps (sometimes three!), air dodges, and sometimes recovery moves means that players often end up duking it out well beyond what you’d consider the safe zone of the map.

You get this in Smash as well, don’t get me wrong, but it’s typically limited to very good players and “tournament hype” moments. Meanwhile, in Multiversus, this happens pretty much every match. Mid-air battles, double ringouts, and miraculous recoveries from absurd distances are all expected fare. This leads to every match feeling exciting and charged in a way I’ve rarely experienced in other fighters.

And the best part? Every character does it differently.

Cut Down on Generic Abilities

One of the biggest subtle things Multiversus does to the genre is make sure each character has unique capabilities as if they’re designed without a focus on “staples”.

This isn’t to say the characters in Smash and similar titles are generic; far from it. But there is a cohesive thread of design between each character. Ignoring the absolute baseline generic options (shielding, dodging, and grappling), every character in Smash also shares a few similarities. All characters have an Up Special that acts as a vertical recovery. Most characters have some form of projectile with very rare exceptions.

This makes a lot of characters have toolkits that feel very familiar. Multiversus overall eschews this line of thinking. A lot of characters straight up do not have a vertical recovery move; Taz is a great example here. Likewise, many characters lack a projectile. And, perhaps most notably, the removal of grappling from the baseline character options – along with shielding – allows those mechanics to be reintroduced to specific characters and feel interesting.

For example, Wonder Woman can shield attacks with a neutral dodge, similar to a Smash character while Superman is the dedicated grappler. By trimming down universal character options, design space is opened up for much more thematic and interesting playstyles.

Make it Easier to Understand Your Character’s Abilities

Multiversus also improves the usual learning curve for a new character by providing a movelist accessible right from the character select screen.

Smash has always provided a movelist option, but it’s typically felt clunky to access and learning a character often involved a lot of trial and error. This is especially the case when it comes to learning about special basic properties like, for example, Marth’s sword sweetspot.

The ease with which Multiversus allows you to access the moveset lets you more quickly and easily jump into the fray when you don’t want to have to dedicate time to learning a character before playing. Queue in, read your moves while you wait, and get going.

Rounding things out you have perks. Each character has unique perks, and each one does something different and usually complementary to their playstyle.

I really love how perks are implemented, especially the way you can “borrow” perks from other players on your team and buy ones from other characters you own.

It ends up giving you a lot of customization and control over your character’s playstyle and capabilities, without feeling overwhelming, or representing some huge paradigm shift like Smash 4’s unlockable character abilities could.

Give Us a Competent Online Service

The cherry on top of the entire package? Competent online multiplayer. This is the main area I’m going to rip into Smash over. A lot of this stuff is preference. Smash does a lot of things very, very right and it’s an extraordinarily well-made franchise.

But their big weakness has always been the online component. Intense lag, annoying connection errors, the godawful friend code system… Nintendo has gone out of their way to make playing Smash online an absolute chore.

Multiversus not only has good online play, but is legitimately better in that regard than most fighting games in general. Coming out of the box with rollback netcode is amazing, and one of my favorite features is the best of three rematch function.

Combined with the game being designed from the ground up for team play (2 v 2s specifically) and you have a game that is much more online friendly than other platform fighters, which have traditionally been clunky, platform-locked, or both.

This collection of features represents, I hope, a shift for the platform fighter genre that will hopefully be a guiding design document for future attempts to grow it. There’s a lot of potential here, and I commend Multiversus for being the first game to truly try and evolve instead of chasing after Smash’s massive shadow.