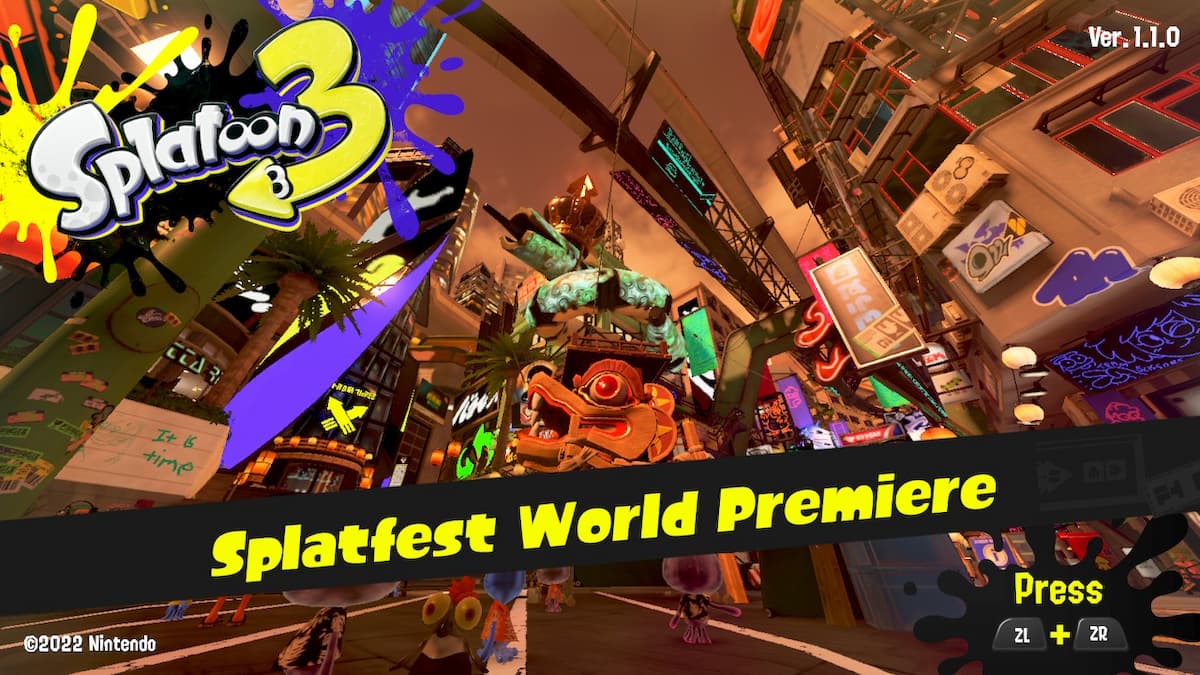 Splatoon 3’s first Splatfest is Rock VS Paper VS Scissors and it’s going to be a fierce battle to see which team comes out on top. In order to get the edge on your opponents, you can familiarize yourself with the weapons that will be available for everybody. Pick your favorite of the 26 playable weapons in Splatoon 3 Splatfest World Premiere and get out there and claim your turf.

The goal of the Splatoon 3 Splatfest is to win the most battles by claiming the most turf with your color ink. Each weapon is equipped with its own kit that includes a sub weapon and a special. These are the weapons that you’ll be able to use during the Splatfest World Premiere taking place this weekend.

All Weapons in the Splatfest World Premiere

Additionally, there are a good number of new specials that players will be able to test out for the first time. The Crab Tank, Ink Vac, Reef Slider, Tacticooler, and Zipcaster have been highlighted throughout Splatoon 3’s marketing, but there are also specials returning from Splatoon 1 that should interest players. Killer Wail 5.1 and Trizooka are notable returners that have been reduxed for the new game.

With 26 playable weapons in Splatoon 3 Splatfest World Premiere, there is going to be plenty of variety during the event. What weapon are you going to choose?