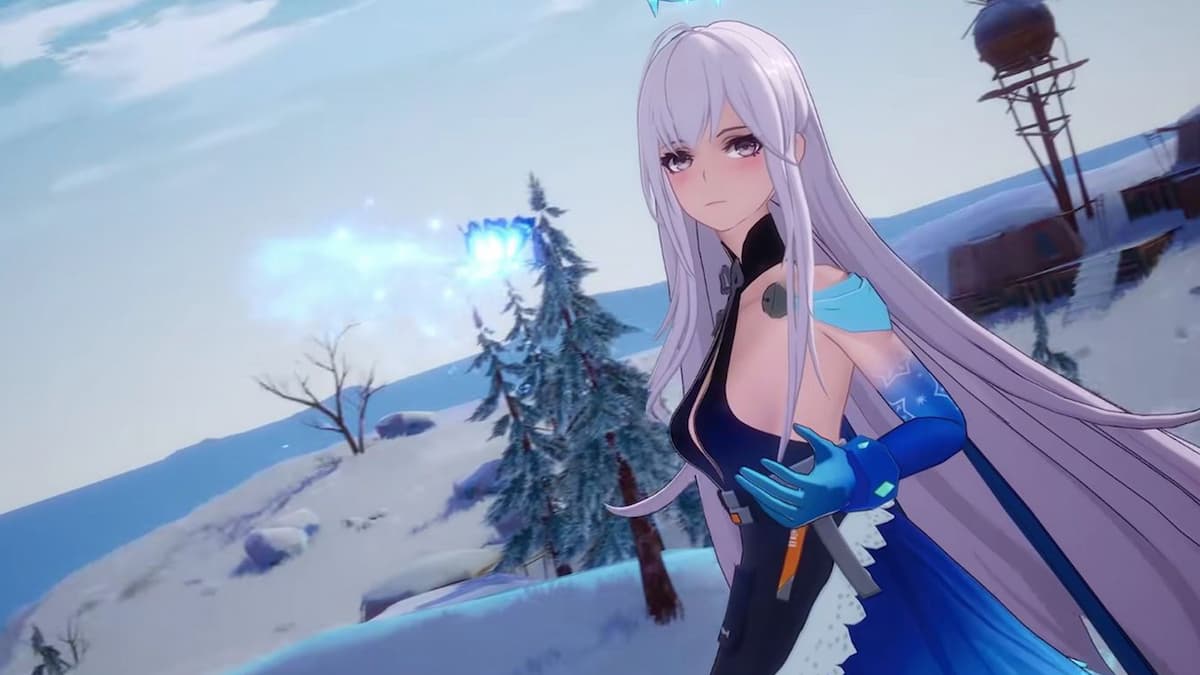 If you’ve been enjoying the Tower of Fantasy storyline, then you may probably be wondering who are the voice actors of its characters. The newly launched MMORPG title boasts a number of iconic characters that have been portrayed by various renowned voice artists from the video game industry. In this article, we’re going through the list of voice actors who have lent their well-known voices to the Tower of Fantasy characters.

Lexi Fontaine is known for her contributions to popular movies and web series like Final Fantasy Brave Exvius: War of the Visions (2019), Pinkfong Wonderstar, and more. The voice artist graduated from Loyola Marymount University in California and started her voice-over artist journey in 2018. In Tower of Fantasy, Lexi Fontaine takes on the role of Cocoritter, known for her sturdy healing ability that can restore the HP of the character and their allies.

Casey Mongillo is an American voice actor who has played several voice artist roles in animation and video games. The voice artist is famous for his dubbing skills in well-known video games like Red Dead Redemption and Star Trek Online. Wanderers will be hearing his voice while playing Crow in Tower of Fantasy, who is an SSR character with decent DPS skills.

If you’re a fan of Frigg in Tower of Fantasy, then you’ll be stunned to know that her voice is dubbed by an American actress, Antonia Flynn. According to her bio, she works for Bang Zoom and has major contributions to the development of video games like Final Fantasy VII Remake (2020) and Wasteland 3.

Johnny Yong Bosch is among the renowned names in the voice actors industry. The artist is primarily known for his dubbing skills in anime shows like One Piece, Naruto, and Bleach, in which he portrays the role of iconic characters including Sabo, Saori, and Ichigo Kurosaki, respectively. In Tower of Fantasy, Johnny Yong Bosch takes the role of the King along with Zeke.

Kira Buckland is playing the role of Meryl in Tower of Fantasy, who is the master of the ice element. Kira started her voice acting career in 2004 and has provided her voice for countless video games and cartoons, including 2B in Nier: Automata, Kirumi Tojo in the Danganronpa series, and Heart Aino from the Arcana Heart series.

Born in 1991 in Boston, Suzie Yeung is an American voice actress who has played the role of Eula Lawrence in Genshin Impact. Speaking of her Tower of Fantasy contributions, Suzie takes on the role of Nemesis, who plays a vital part in uncovering the game’s storyline.

The character, Samir, is voiced by Brittany Cox, an American voice actress based in Los Angeles. According to her fandom page, Brittany started her career in 2001 with the famous anime series called The Prince of Tennis. The voice artist later worked as a dubbing artist in several movies and video games like Fire Emblem Heroes, Genshin Impact, Rock My Heart, Don’t Listen, and more.

Kristen McGuire has been in a fair share of movies and TV series. She started her career as a comic book artist and later joined Bbg Zoom! Entertainment as a voice actress. In Tower of Fantasy, Kristen plays the role of Shiro, who is an SSR character known for her massive AOE damage. Kristen is best known for her main role in video games like Tiny Tina’s Wonderlands and Genshin Impact.

Apart from Nemesis, Suzie Yeung also takes on the role of Shirli. As we’ve mentioned earlier, Suzie is an American voice actress, born in 1991, who has played the role of Eula Lawrence in Genshin Impact. Speaking of the Tower of Fantasy character, Shirli is a helping hand who is primarily known for problem-solving skills.

American-based voice actress Amber Lee Connors was born on April 9, 1991. The artist completed her education at Cuyahoga Community College; Baldwin Wallace University and is well known for her dubbing skill in Attack on Titan, A Silent Voice, Brave Witches, and many more. In Tower of Fantasy, Amber plays the role of Tsubasa, who boasts the ability to freeze enemies from a considerable distance.