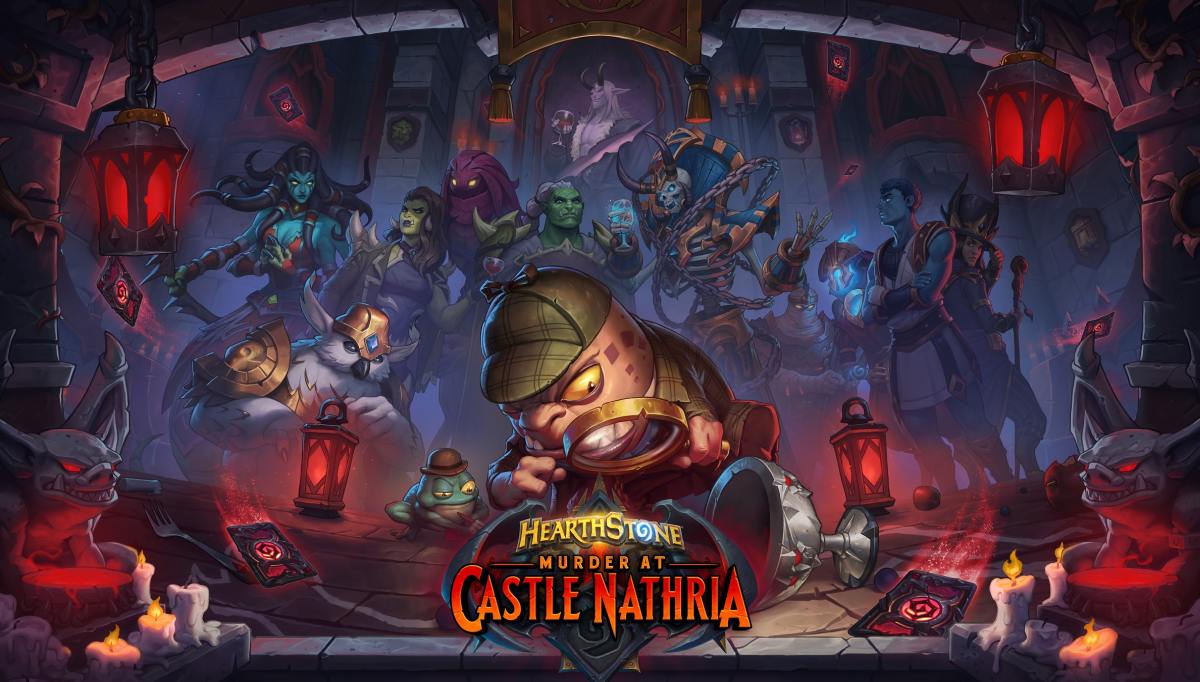 To know more about the expansion, Twinfinite talked to lead designer Liv Breeden and game designer Cora Georgiou, who talked more about the objectives and inspirations behind the release and its many cards.

We also hear more about the game and its development in general, which is always welcome.

Giuseppe: Your team has said you want to bring Hearthstone back to its core Roots. Would you elaborate on the reason for this choice and how you’re going to execute it?

Cora Georgiou: Absolutely. This is something that we sort of identified at the beginning of the year as a core goal for something that we want to deliver gameplay across this year to accomplish. And that was really incentivizing core-based gameplay and minion-centric combat.

It’s something that, if you have been playing Hearthstone since the beginning, you remember the good old days of “Innervate,” “Coin,” followed by “Yeti” being the best thing you can do on turn one and “Harvest Golem” and “Azure Drake” being really top-tier minions. It’s only natural that games develop and grow over time, and we’ve been around for eight years now, so it’s great that we’ve grown to include different strategies and to become more interesting and more complex over time.

But I do think that it’s a really great opportunity to be able to come back to the fundamentals, which is that we are a card game that thrives on minion-based combat. We want to incentivize that, but present it in a new way. So sort of a blend of the old and the new philosophies.

And we’ve done really wonderful things with combo-style gameplay in the last year, and that’s something that we definitely want to keep doing, but we want to just make it so that new strategies and new decks can thrive with every year and with every extension.

So this was something we were really passionate about pursuing this year and certainly, it’s something that you can see with the Infuse keyword in Castle Nathria, and with a lot of the token-style archetypes that we’ve been revealing so far.

Liv Breeden: There’s also a level of returning to surprise and delight for Hearthstone. So things like “Prince Renathal” which increases your deck size and health pool to 40, that’s something that we’ve never done before, but we’ve talked about it a couple of times. We really want to bring things like the Suspicious, which are another example of this, where these are interactions that we haven’t seen in Hearthstone before, so yeah, it’s new for Hearthstone, but it’s all back to the roots of what makes Hearthstone special and we’re doing things that we can’t do outside of a digital space.

We’re doing things that are new and exciting for Hearthstone players and want to make things that players are excited to log in for.

Giuseppe: Was it challenging to adapt the concept of a murder mystery to a card fighting game, which is usually about… well… fighting?

Liv Breeden: Yeah, it’s a little tricky, because you’re right, we’re just punching each other in the face. So why are we doing a murder mystery? But this set was really fun to do the flavor for because as you look through, and we’re writing our descriptions for artists to draw stuff, it’s really easy, especially after the previous years of, all right, let’s see, like a fireball here, something like that.

But no, now I’m gonna make it a little special. “Solid Alibi” I think is a good example of how that works. It’s a guy frozen on a couch, and he’s reducing damage down to 1 every time you take damage, but the story is that his alibi is solid, and you can throw a bunch of arguments at him. You can whittle it down, but it’ll only do so much. But that can be easier than like a Frost Shield or something like that.

So leaning a heavier into the story and the whimsy of the story that’s going on, it really allowed us to make really creative cards as well.

Cora Georgiou: Yeah, I think this was actually the set I had the most fun writing flavor text for, like descriptions and voice lines. We just had such an open landscape to make really interesting characters.

And so, yeah, I think the natural sort of weirdness of a murder mystery in a card game… It’s a little odd, but we have so many opportunities to bring these characters to life within the game and it’s a fun challenge.

Giuseppe: There are so many Murder Mysteries in literature or even gaming. How far into the rabbit hole did you go for inspiration?

Cora Georgiou: I went pretty deep down the rabbit hole specifically with flavor text, which is something that a lot of players are never even going to look at, but it’s our opportunity to be a little bit more over it with our references and be really silly and sort of think outside the box.

I tried to cram as many references to as many types of mystery media as I possibly could in that flavor text. And I really hope that somebody out there looks at it and is like, “wait a minute, I know where that’s from.” I hope that happens.

We’re inspired by so many different things that it’s hard to nail down any one thing that was the driving force.

Giuseppe: I’ll just say that, even after launch, we really need a character with a Belgian accent and a thin mustache.

Giuseppe: Of course, we have a new World of Warcraft expansion coming. So I’d like to ask you how do you work with the World of Warcraft team and how early you start looking at their expansions? I imagine that sooner or later, you’ll have to bring some Dragonlands into Hearthstone as well.

Liv Breeden: It depends on the expansion because sometimes it does suit the situation really well. Back when we were doing Rastakhan’s Rumble, that was around the time Battle for Azeroth was coming out, and so we reached out and like, we have this cool character that is returning in Battle for Azeroth, and that actually spun up a bunch of designs and character threads and the like.

For this it was, “oh, they released Shadowlands” and the designers have played through it and thought it was pretty sweet and decided to explore it. In this case, it inspired us for a lot of designs.

Sometimes we work really closely with them, like in the case of Rastakhan’s Rumble. Sometimes it’s a little bit more distant when we’re kind of like messaging them for feedback. I think it isn’t really hand-in-hand just because our design cycles are a lot shorter. We’ve got like three to four months between expansions, whereas they got more than a year, usually.

So yeah, it’s hard to line that up, and it would feel really bad if the brand new expansion for WoW got pushed back a month, and then Hearthstone was like, “but it’s here for us!” I think WoW is probably best experienced through seeing the world and exploring it and having that whole space to be wowed at because of its grandeur. Hearthstone is really good at filling in details and giving a vibe. Maybe a zone wasn’t particularly dense with characters, but we can help them. And I think that’s what Hearthstone does best.

So yeah, we work together, but we don’t like to tie our timelines together because we like to do what’s best for each game. As for dragons, who knows…

Giuseppe: If all goes as planned, Blizzard is going to be acquired by another company soon, and that company happens to have a console. I’m not going to ask if Hearthstone is coming to Xbox, because you’re probably just going to hang up, but have you ever considered, “what if we have to make Hearthstone work with a controller?”

Liv Breeden: So I guess there are a couple of things in that space, so I warn you: several years ago, a journalist was like, “so when is Hearthstone coming to Switch?” And a developer answered, “it’s not,” and then that journalist published that it was. And then we’re like, “we’re just not going to answer these questions ever again.” (Laughs)

Giuseppe: I promise I won’t write that.

Liv Breeden: Ok, Ok. We don’t have any plans to go to console. However, I think there’s like a space there where controller support or alternate means of interacting with Hearthstone just to make it more accessible for different-abled people… I think there’s a desire for that to happen, resources permitting.

I don’t think it’s an absurd idea to make it work with a controller. We don’t have any plans to go to consoles right now. It’s not the most absurd thing, but I wouldn’t expect it.

Hearthstone is currently available for PC, iOS, and Android.