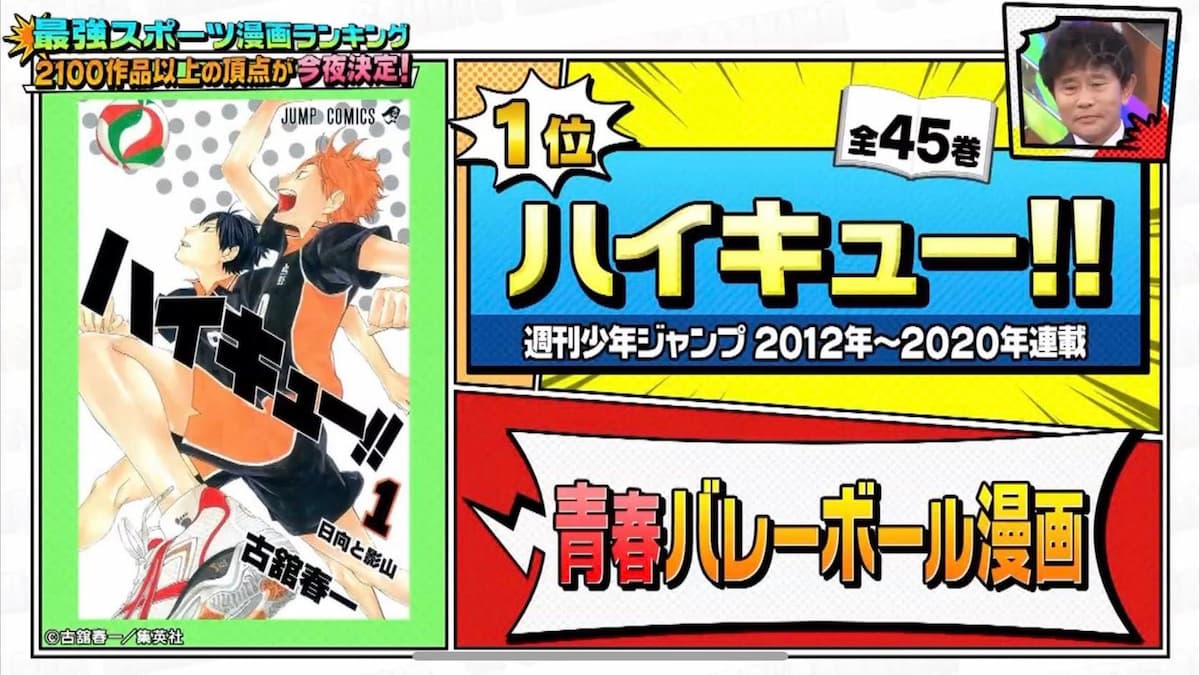 After the company surveyed over a thousand students from various athletic clubs and prestigious sports universities, they accumulated the results and announced Haikyu!! as their winner.

You can see the announcement and a snippet of the Junk Sports broadcast here:

Fans of the anime and manga were thrilled to hear the news, especially since it outranked more than two thousand sports manga. A group of famous athletes and entertainers also expressed their love for Haikyu!! during the broadcast and briefly talked about the story’s touching moments.

On top of all of this, the legendary volleyball player Yuji Nishida believes that the manga/anime can accurately portray the concept of losing very well, something that every athlete has gone through. So, in return, we get this enriching narrative that touches the hearts of any audience by experiencing the highs and lows of each character’s life.

Although the anime will finally end with its upcoming two-part film, this ranking shows Haikyu!! is here to stay and will continue to grow a fanbase even after it ends.

For more Haikyu!! content, you can check out the latest news about the manga’s 10th-anniversary book and take part in our quizzes, such as which Haikyuu team you would be on and who is your Haikyuu!! character soulmate?