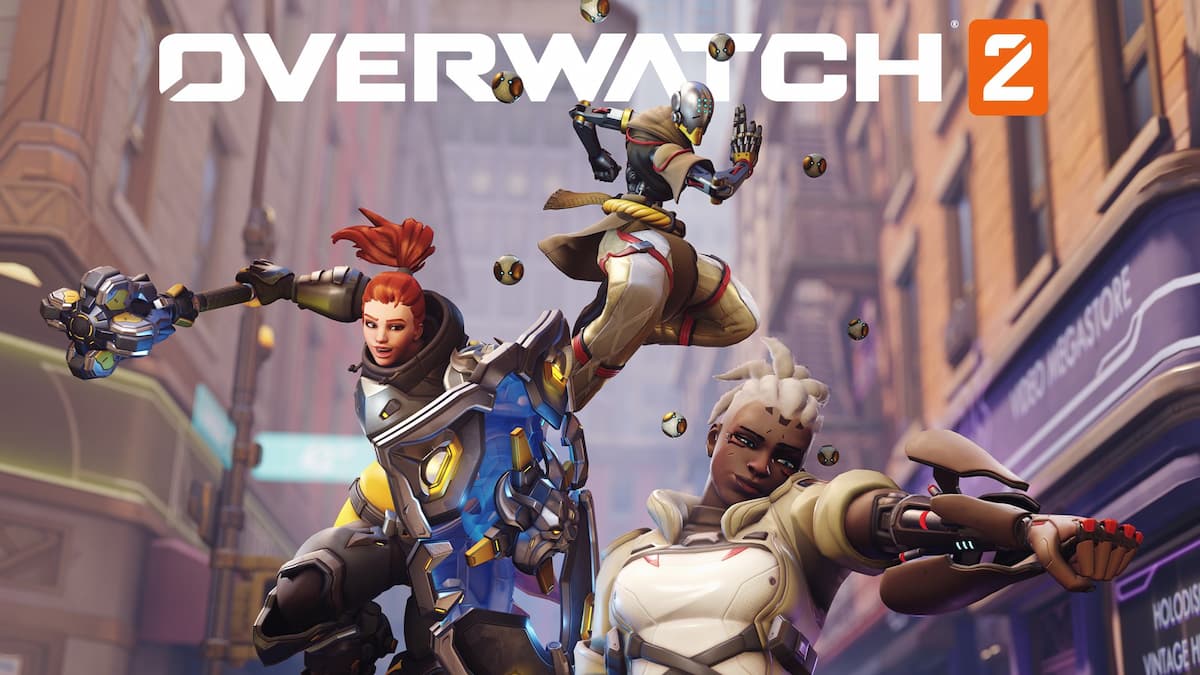 Back in 2016, Overwatch revolutionized multiplayer team-based shooters by having a colorful cast of misfits along with intuitive gameplay. Players everywhere gravitated to their favorite heroes and everyone from the damage-dealing Reaper to the lifesaving Mercy had the chance to shine in every match of Overwatch. However, Overwatch wasn’t just a simple flash in the pan for the summer of 2016, this game was a certified phenomenon that slowly revealed interesting lore along with ultra-produced cinematics and comics that bolstered the lore.

Not only that, but the fandom helped secure Overwatch as the most popular game in the world for a time. Sadly this couldn’t last forever and the original game’s popularity slowly diminished over time. But with Overwatch 2 just on the horizon, here are the five changes that Blizzard needs to make to ensure that the sequel can exprience sucess in today’s market.

Since the reveal of Overwatch 2, many players have felt that Blizzard was using this new game as a smokescreen to distract from other controversies that the company continues to face. Many players felt that a game like Overwatch did not need a sequel but more content along with tweaks to the game’s overall balance and flow. When you consider the fact that early previews of Overwatch 2 did not demonstrate a huge graphical improvement or apparent innovations to the gameplay, many players viewed this announcement as a simple cash grab.

Even with Overwatch 2 launching within two months at the time of this writing, many players continue to feel confusion along with resentment towards the upcoming launch of Overwatch 2. In comparison, the launch of the original Overwatch consumed the gaming zeitgeist before release and afterward for many months and even a few years after its release. Overwatch 2 needs to communicate why this game should replace the original beloved title instead of just being an oversized patch for the original.

Focus on Fun Above Everything

Generally speaking, the launch period of the original Overwatch focused more on fun than character balance. Players could stack multiple versions of the same character and it was the wild west in terms of balance. This devil may care attitude expended into ranked play for a time and certain team combinations were toxic by nature. Was the original launch period fair and balanced at the time? No, but it sure was extremely fun and experimental. There was an energy surrounding the game where players were willing to try a variety of team combinations in the name of fun.

However, everything changed when professional players developed winning combinations for tournaments. Now, this happens with nearly every competitive game in history but when Blizzard started catering to this small portion of their fan base, the original Overwatch 2 lost a certain charm. Players were ostracized for not sticking to desired metas and the player base gained a reputation of being extremely toxic.

With Overwatch 2, Blizzard should encourage player experimentation more while balancing the game in a way that feels fair but does not restrict player expression. Of course, this is easier said than done but Blizzard didn’t gain the reputation of being trendsetters for nothing.

After year two of the original Overwatch, players began to notice that Blizzard started to recycle updates. The Summer, Halloween, and Christmas would feature new skins for sure but nothing exciting would change besides the menu and map themes associated with each yearly update. When games like Fortnite were making sweeping changes with major updates every few months, it’s easy to see why certain players got tired of the original Overwatch’s update cycle.

And although the majority of new maps and heroes added were great additions they came too far and in between for some players who got tired of the content. Afterwhile it felt like Overwatch was a game meant to be supported for two or three years, unlike other live service games that receive constantly battle passes every few months. Thankfully, Overwatch 2 is switching to a free-to-play model that features a battle pass but only time will tell if the content within this battle pass will be worth grinding for.

Add Value and Meaning to Co-op

Instead of making the co-op a sessional mode, Blizzard has made it integral to the experience of Overwatch 2. And while the original co-op modes were great distractions from the base game modes and added tons of precious lore, they were not built to be replayed for more than a few weeks at a time. Yes, players could earn skins along with bragging rights from participating in these modes but they were far from the focus of the original title. Now Blizzard has the chance to give meaningful progression to this mode and make players more invested in their characters. Not only that but the original co-op was just a regular multiplayer match with bots instead of human enemies.

With this latest version Blizzard can do a variety of creative things such as having branching paths or even adding a random element to each mission to make things fresh. The entire mode does not have to necessarily copy Left 4 Dead’s A.I. director but Blizzard can at least throw some curve balls at players. However, consistency with the content updates, along with the lore is essential for keeping this mode alive. Again, easier said than done but Blizzard cannot get lazy with their update to this mode because many players will refuse to play filler or recycled content.

Communicate With The Community More

Certain long-running games suffer from the same problem that the original Overwatch experienced. Before and immediately after the launch of the game, developers are in constant communication with the player base about upcoming games and how they’re incorporating player feedback into those changes. At first, the original Overwatch did a great job of building up its community but over time, this line of communication broke down and players were left in the dark about the future of the game. Even now many players remain confused about the nature of Overwatch 2 and why it’s even a thing. Until recently, Overwatch 2 was just an abstract concept for many players because Blizzard simply announced the title and went radio silent for a long time.

Jeff Kaplan, who because the face of Overwatch, did a great job of getting across Blizzard’s intentions with each update while seeming down to earth and relatable. After he left the company, the original Overwatch seemed like it was directionless. Of course, there are countless talented developers but a key line of communication was gone and the game felt like a sinking ship amongst the waves of other multiplayer titles. While Overwatch 2 does not necessarily need a Jeff clone, it does need to find an effective way to communicate the course of the game within a reasonable time to players. The attention spans of many gamers are extremely short in today’s market and any live service game that disappears for too long is liable to be considered a failure by many gamers.

Any other major changes you wanna see in Overwatch 2? Leave them down in the comments!