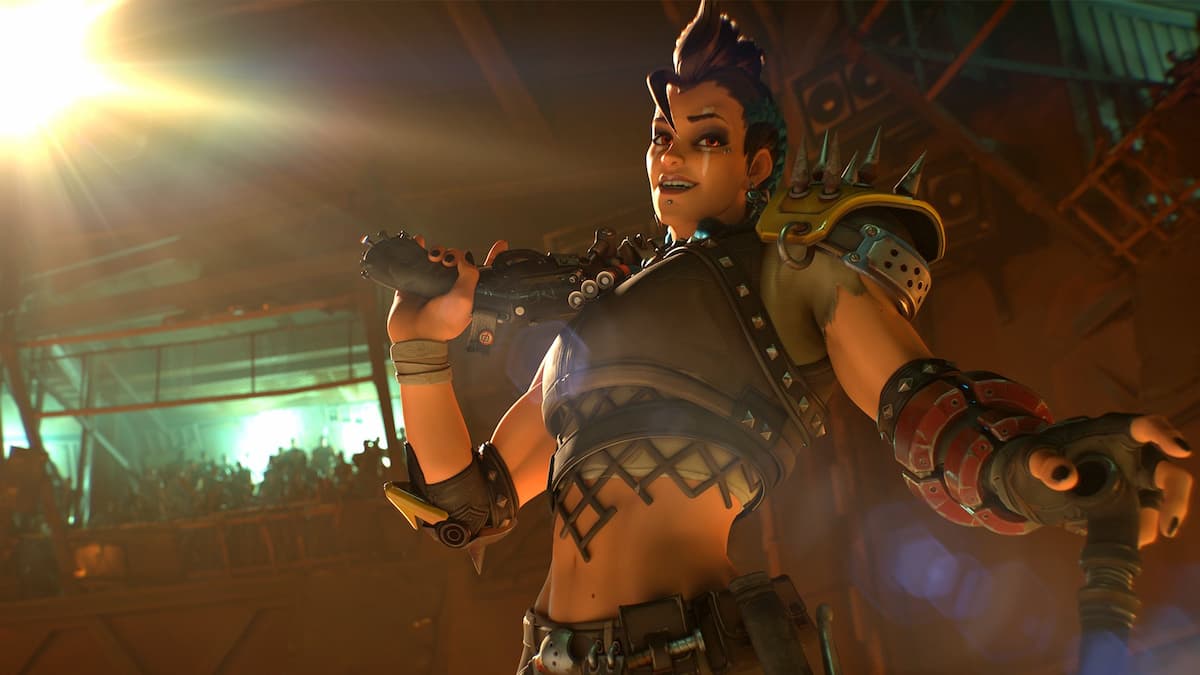 It seems like it was only just yesterday that we got an Overwatch 2 beta, and Blizzard’s already pushed out a second one to show off their new tank hero, Junker Queen. I’ve spent the past couple days playing around with her kit, and it’s safe to say I’m definitely not as high on her as I was on new DPS hero Sojourn.

Junker Queen‘s aesthetic and design is brilliant. It’s so Mad Max-like, which makes sense because she’s basically the ruler of the junkyard and cretins like Junkrat bow to her. Probably. To fit with her design, her main weapon is a shotgun, though she has a throwing knife and a large axe at her disposal as well.

Let’s get down to brass tacks: her kit is really fun to mess around with. She has quite a bit of versatility, even if she might be a bit too reliant on heals to really work on your team at the moment. During my time with the beta, I died a ton playing as her, but not before whacking a bunch of people on the enemy team with an oversized axe. They healed up quickly, but still, it was a good time.

The problem with Junker Queen, in my very amateurish opinion, is that she doesn’t feel like an especially good tank character. Overwatch‘s roles are very clearly defined: tanks are there to protect and create space for their team, supports are there to heal up their team, and DPS characters are there to kill things. Junker Queen’s kit gives me the impression that she’s trying to do a little bit of everything, and not really excelling at any of them.

First off, she has an AoE healing ability, as well as a passive that lets her regenerate health over time. Her healing kit rivals Lucio’s, and if you put them together, you might very well create a new unkillable meta where taking down the enemy team becomes a total nightmare.

She also has a ranged attack where she can throw her knife at an enemy, and recall it to pull embedded enemies towards her. Her E ability lets her swing her axe, wounding all enemies directly in front of her and dealing damage over time. Finally, her ultimate ability lets her charge forward in a straight line to wound enemies, and prevent them from getting healed for a short period of time.

There are a couple of drawbacks to her ultimate, which sounds fantastic on paper: her ultimate charge time is longer than that of most other heroes’, and the charge only covers a short distance. It doesn’t create quite as much space as you might think, and it’s also very easily punished if the enemy team hasn’t committed to the fight, or if your allies aren’t there to back you up.

In fact, all of Junker Queen’s abilities do sound great on paper, but because of Overwatch 2’s new 5v5 team setup, it’s hard to imagine her leading the charge for her team. Junker Queen feels a lot more like an off-tank or secondary tank character, similar to Roadhog, whose main role is to harass the enemy team from the side and break their formation.

Characters like Winston and Reinhardt continue to dominate that category of being true main tanks, where their abilities are specifically catered to protecting their teammates and shielding them. Heck, even D.Va does a better job of making space and protecting her allies with her Defense Matrix and ability to zoom around to disrupt enemy lines.

All of this comes back to Overwatch 2’s biggest fundamental change: the shift from 6v6 to 5v5 battles. Other minute changes like shorter TTK durations, evolving character kits to make them more damage-focused, and the inclusion of a scoreboard based on how much damage you’ve done just help to reinforce the idea that Blizzard really wants Overwatch 2 to play and feel more like a traditional competitive FPS game. Which… isn’t really what Overwatch is supposed to be about.

While I greatly enjoyed my time with Sojourn as a character who served as a nice entry point for DPS newbies, it was definitely a bit of a shock to see how much Junker Queen had deviated from the tank role in this second beta. It’s quite clear that the DPS characters are being pushed into the spotlight while tanks and supports take a backseat, which is disappointing for a player like me, who’s not necessarily great at competitive FPS games but felt like I could still contribute to my team’s success by helping them in other areas that weren’t just clicking heads and killing things.

I’m still optimistic about Overwatch’s 2 October launch, but at this point, it’s starting to feel like I’m just hanging on for the promised PvE missions and campaigns.