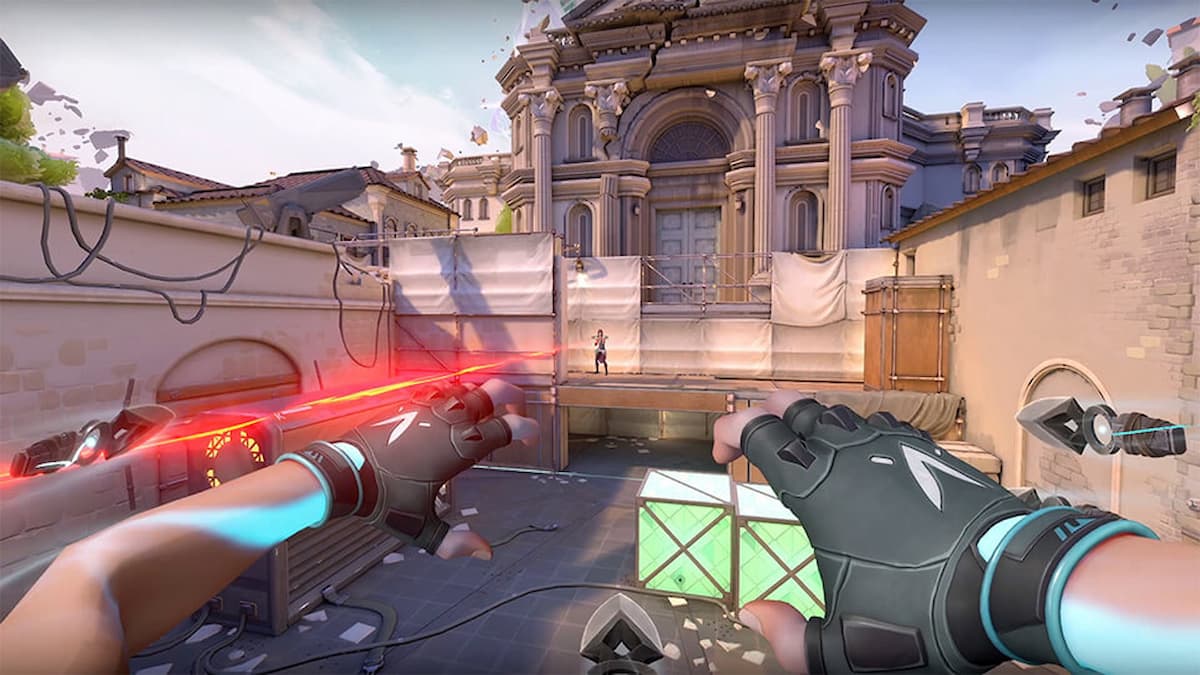 When it comes to ranking up in Valorant, game sense is every bit as important as aim training. And while there are no shortcuts to improving your teamwork and knowledge of the game beyond simply playing and watching more of the game, there are a few sneaky tricks you can keep in your back pocket. Here we’re running through 12 Valorant gameplay tricks you might not know but definitely should.

In a clutch situation in which you have to defuse the spike, baiting out a peek from the enemy is normally the go-to strategy. But did you know that pros don’t fake? Of course, you’ve heard that one before. But did you know about this technique to fool the enemy into thinking you’re not really on the spike?

By jumping onto the spike and hitting the defuse button mid-air, you will start to defuse the spike a few milliseconds before you land. This means the step actually comes just after the defuse noise, and so if the enemy is hiding around a corner waiting to hear you tap the spike they’ll often be fooled into thinking you’re not really defusing. Why? Because the step noise suggests you tapped and then accidentally ran when in fact you have performed a successfully fake defuse step.

Ascent Wallbang Through A Heaven

Ascent is basically wallbang city, and if you’ve played the map even a handful of times then you’ll be well aware of the popular wallbang spots. B Garage, for example, is a favorite for Sova mains to wallbang with an Ares or Odin after using a recon dart. There are all sorts of other tricky spots around the map, too, which make for some hilarious clips.

The wallbang through A Heaven, though, is a lesser-known spot that’s actually insanely OP, and it consistently catches enemy players off-guard. The timing you’re going for is the rotation of B/Mid players rushing up to A Heaven to begin their retake. Simply shoot the wall with a high penetration weapon, such as a Guardian, to wreak havoc on them.

Don’t forget to check out our guide on the best KAYO lineups for Ascent if you haven’t already.

Chamber’s trip is one of the most useful flank-watching utilities in Valorant, and it can be even more potent when combined with an Astra star. Well, if you can find an Astra in ranked, that is!

So, how do you do it? Well, it’s not quite as simple as hiding the trip in the star itself but rather behind it. You want to make sure the star conceals the trip from the enemy team based on the angle they’ll be approaching from. In the above example, you can see we’ve placed it in a spot that doesn’t look conspicuous; enemy teams will believe the star is for a Gravity Well or Smoke. But it’s also hiding a trip!

Raze’s Boombot is super useful for clearing Hookah on Bind, and it also has a ton of better uses than this if we’re being honest. That said, this trick is one worth keeping in the back pocket just in case a situation ever arises in which getting into the teleporter might give you a mega advantage.

Perhaps, for example, you’re in a 2v5 situation and your teammate has planted on B when the entire enemy team thought you were both A. A teleport is coming, surely? Open the doors and wait for them using this trick.

All you have to do is use the lineup shown above. It’s a bit finicky, so we recommend practicing in a custom.

Jett’s mobility allows her to find unique angles to attack enemies, and exploiting this is a large part of what makes many of the best Jett players so good. Speaking of exploit, we’re not entirely sure if this particular updraft spot is supposed to be in the game — we’ve seen maps like Split taken offline before due to strange updraft locations offering her too much advantage.

So far, there’s been no response from Riot Games after this one was discovered so you’re fine to use it as far as we know. Simply double updraft from pipes on Icebox’s A site and you’ll land on a small… ledge? It’s an angle no enemy is pre-aiming!

Breaking the doors on Ascent’s two Spike Sites is an under-used strategy for many defending teams. If you’re planning on playing a re-take strategy, consider breaking them as quickly as possible after the round begins (there’s a short delay before you’re able to), but don’t waste valuable bullets! All you need to do is stand underneath the door, then walk into the door after it pushes you either left or right as demonstrated in the above clip.

Viper has been a meta controller on Icebox since the map launched, and despite some tweaks and changes to its design, she’s still the most popular Agent choice. For that reason, the most popular Viper walls, orb locations, and Snake Bite lineups are all pretty well-known. But did you know the notches on the containers can be used to create unique oneway smokes? We’ve used these in high elo Valorant games to devastating effect, and nobody ever seems to expect or know of them. Well, now you do.

We’re demonstrating one cool oneway here, but there are others you can find yourself across the map.

Killjoy has largely been displaced by Chamber as the meta sentinel… actually, every Agent has largely been displaced by Chamber! Anyway, Killjoy is at least still an excellent choice on Ascent, with her ultimate capable of locking attacking teams in Spike Sites after they’ve planted. One popular spot drop it just in front of the switch on B Site, which goes deep enough to trap an entire team in the site. But did you know you can actually wallbang this spot?

It’s only possible if you wait for the right moment, though. Because Killjoy’s ultimate actually increases in height as it counts down, it’s possible to destroy it in locations that otherwise conceal its spot during the initial phase of the lockdown. You can do this with any medium penetration weapon, but the key is to tap and not spray since the shots need to be very precise.

This little trick should be fairly obvious to most experienced players, and yet it’s not one we see often used in Valorant. In fairness, there are many good uses for Sage’s wall, but in the right circumstance, using it to lift enemies trying to plant the Spike is an excellent strategy.

In particular, this works very well for Sage players defending B Site on Icebox since enemies tend to almost always plant in the same spot. You can apply this logic to other plant spots on different maps, too.

Here’s one that we’re confident lots of players will know, though it’s still something everyone should know and so we’re here to once again remind you that there’s a trick to knowing if you have enough time to defuse!

You’re looking for the second white bubble that surrounds the spike as it’s ticking down. The first one you see in the above clip is fine — you can defuse now and have enough time. The second, however, which suddenly appears and then quickly disappears in the final 10 seconds is your warning that you’ve left it to late. If you aren’t defusing it before this appears then you’re out of time. Run!

Yoru is one of the hardest Agents to play against, especially if the enemy playing him knows how to make use of his utility properly. Yoru’s ability to go behind enemy lines and run circles around his enemies with impunity is unnerving when you can’t see him yourself. Luckily, there is a counter to his ultimate in the form of Skye.

Skye’s Seeker ultimate actually tracks Yoru as he runs around, so if you’re playing Skye versus a Yoru then make sure you keep an eye on the ult-orb situation as the game unfolds.

Again, most players should know this one by now, but for the Omen mains out there who don’t then, you’re welcome — quietly read this and then click out as if you knew all along!

Omen’s ultimate allows him to capture the Spike from any location on the map by selecting the location it’s in to teleport to. He can then cancel the ultimate and reappear where he was previously, this time with the Spike in hand. This is obviously a highly useful ability when the Spike has been dropped in an awkward location while trying to clutch. You can also use this technique to lurk into a site while your teammates are elsewhere, then capture the Spike, plant, and communicate the rotate.

That does it for our list of Valorant gameplay tricks you probably didn’t know… but now you do. Be sure to check out the rest of our Valorant coverage as well, including the latest Phoenix buffs and Shroud’s own Valorant settings.