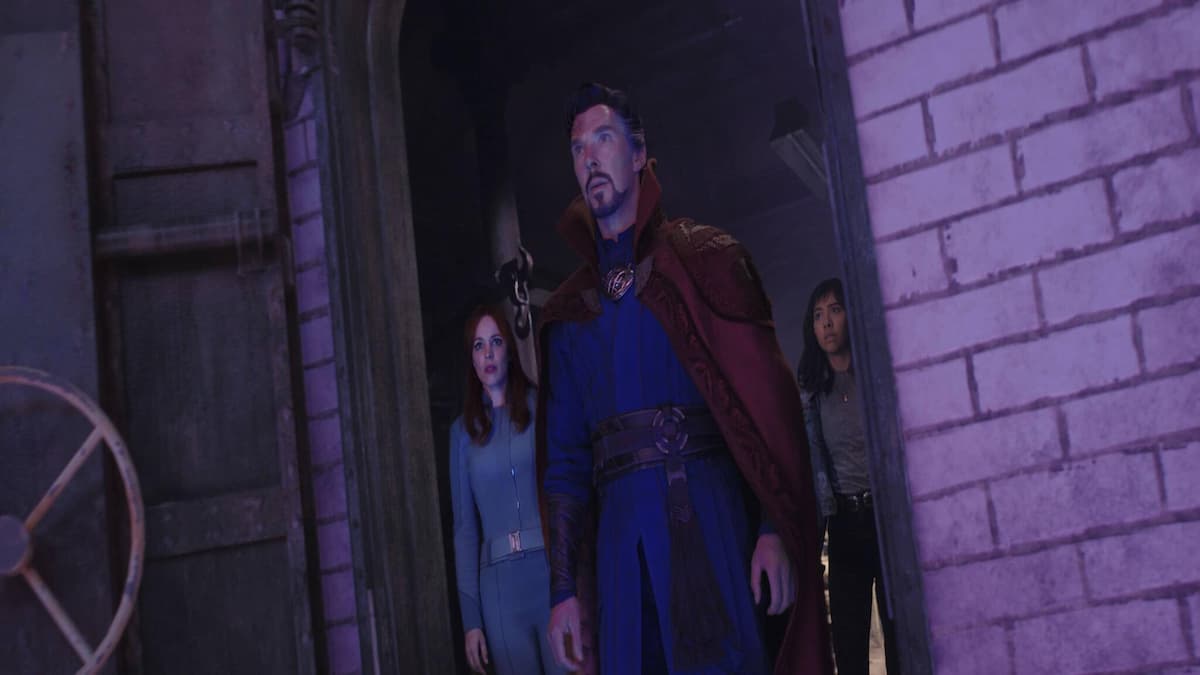 Phase 4 of the MCU marked the beginning of a new saga following the defeat of Thanos in Endgame. With new heroes like Shang-Chi and America Chavez making their debuts, the future is looking bright for these universes. Unfortunately, not all of the new faces are as promising. Here are all of the current MCU Phase 4 movies ranked from worst to best.

***SPOILER WARNING: This article contains spoilers for every Phase 4 MCU movie that has been released so far. If you’re behind by a film or two, then proceed with caution.***

Woof. Sure, this might be one of the worst MCU movies of all time, but it’s also unbearably long. Eternals is the blip in film form. You go into the theater or sit down on the couch to watch it and as Harry Styles appears on screen you check your phone to discover that somehow there are five years of texts and emails piling up.

Eternals is the first proper introduction to the Celestials and how they’re formed in the MCU. Yet when it comes down to it, none of the titular characters — the Eternals — are interesting enough to make viewers care about them. However, Eternals has some redeeming factors in the quality of camera work and overall visuals. It’s certainly one of the most visually striking MCU movies to date.

Although the events of the film were nearly apocalyptic, it doesn’t appear like they’ve made much of a dent in the rest of the MCU. Overall, it’s a long movie that seemingly doesn’t matter in the grand scheme of things (yet).

If you’re on the fence about checking it out, it’s absolutely not a must-see film. The more worthwhile option is just to sit and stare at a blank screen for two and a half hours instead of watching Eternals. At least you can meditate and reflect on your life instead of experiencing this (pretty) snoozefest.

Unlike Eternals which has a fantastic cast and director but just fails to tell an enjoyable story, Black Widow stars one of the original Avengers that has been around since Iron Man 2. Then again, releasing a new movie about a dead character is a weird way to try to put butts in the seats.

Black Widow focuses on the time in Natasha Romanoff’s life between Civil War and Infinity War. Along the way, she teams up with her old Soviet cover family in order to take out the mastermind behind the Black Widow assassins.

Ignoring the odd cover of Smells Like Teen Spirit during the opening credits, the rest of the film isn’t that great either considering everyone knows what’s going to happen since it’s a prequel. No amount of danger Natasha gets in is ever tense.

However, the biggest problem is no fault of the film itself but it’s more on Kevin Feige and the powers that be at Marvel Studios. Simply put, Black Widow came too late to feel important or impactful in any way. It could have been much better if they focused on this character earlier in the Infinity Saga.

Following up on the general success that Thor: Ragnarok had, Love and Thunder ended up dropping the ball a little bit. That’s not to say it’s anywhere on the level of the original Thor or Dark World, but it’s clearly not on the same level as Ragnarok. While Taika Waititi’s witty writing was still there, most of the big moments felt rushed and didn’t land the same way they did in Ragnarok.

Worst of all, Christian Bale’s Necrosword-toting villain, Gorr the God Butcher, was horrendously underutilized. Bale is one of the best actors alive today and only having him in the movie for a few short scenes and then the final battle seems like a missed opportunity. Fortunately, Bale still delivered a fantastic performance in his relatively brief on-screen time.

To be fair, there’s a big jump from Black Widow to Love and Thunder, but the latest entry in the Thor movies certainly earned this spot. There’s no doubt that it’s a fun and enjoyable movie if you go into it expecting a wild and goofy time. Plus the movie sets up an interesting plot line for the future where Hercules and maybe even the rest of the Gods will hunt down Thor following the attempted murder of Zeus.

3. Shang-Chi and the Legend of the Ten Rings

Even though this movie isn’t the one that kicked off Phase 4, it certainly feels that way. Technically, Black Widow — which was released two months prior — was the start of the new phase. But that felt more like a continuation of a story that should have been told as a part of the Infinity Saga. Shang-Chi is the beginning of the new heroes that will lead the MCU post-Thanos.

Almost everything about this movie is enjoyable — despite what the review bombers say. Awkwafina and Simu Liu put on a show as best friends Katy and Shang-Chi. The fight scene choreography is some of the best we’ve ever seen in a Marvel movie. On top of that, there’s even a cameo featuring one of the oldest villains in the MCU, Abomination.

What’s more, even the main villain of the film played by Tony Leung (Wenwu) is an incredibly human and relatable character. Even if you don’t agree with his methods, it’s easy to see how someone in deep grieving would go to the ends of the Earth to bring back someone they love.

But there’s just one major flaw. All of the mystical history about Shang-Chi’s family and the scene of the original fight between his parents are spectacular. Unfortunately, this all culminates in your typical Marvel CGI laser final battle. The ending certainly drags it down a bit, but Shang-Chi at least builds interesting characters that fans are looking forward to seeing more of in the future.

2. Doctor Strange in the Multiverse of Madness

After No Way Home, this was undoubtedly one of the most hyped MCU movies in Phase 4. Spider-Man brought the idea of multiversal cameos to the forefront of the general public, but nothing was like the rampant “leaks” and predictions of ridiculous potential appearances like Wolverine, Magneto, or Deadpool. Fortunately, the cameos that actually happened made more sense than just tossing in whoever to get a big fan reaction.

Even though those cameos were highly anticipated by many fans, Xochitl Gomez (America Chavez) and Elizabeth Olsen (Wanda Maximoff/Scarlet Witch) played their roles to perfection. Along with Benedict Cumberbatch’s always spectacular work, there was no lack of acting talent on display.

Oh, and who cares what anyone says? The music battle between 616 Strange and Sinister Strange was fantastically hilarious. As a matter of fact, all of the campiness like the piano stinger when Wanda looks at the camera, Stephen and America crashing through multiple universes, and the psychedelic camera effect when Stephen is passing out from Mordo’s tainted tea make this movie great. It has a rough-around-the-edges aesthetic that makes the film feel unique in a relatively cookie-cutter genre.

The biggest thing that kept this movie from getting to the top spot was the general lack of consequences at the end of the film. Conveniently, Wong and the rest of Kamar Taj seem to be cool with Strange possessing a corpse using what’s referred to as the book of the damned. And they even did the classic “are they dead?” thing with Wanda but nobody buys that crap anymore in the MCU. If you don’t see them die, then they’re alive.

Spider-Man: No Way Home is one of those movies that will be remembered for years to come. Not only was it a major Holiday release, but it was also the first time back to the theaters in over two years for a lot of people. And a lot of people certainly came out for this one as it’s currently the sixth highest-grossing film of all time worldwide. But it won’t just be remembered for the amount of money it made.

No Way Home will likely be remembered for its cameos of Matt Murdock, multiple past Spider-Man actors, and the villains that they took on in their universes. But the heart-wrenching scenes of May’s death, Andrew Garfield’s Spider-Man saving 616 MJ, and Tobey McGuire stopping 616 Spider-Man from killing Norman Osborn. But those examples barely scratch the surface of this movie’s unforgettable moments.

Spider-Man: No Way Home is arguably the best movie in Phase 4 at this point and it’s going to take a lot of work for something else to dethrone it (unless we’re talking about TV shows). No other recent MCU film has the heart, action, and even the fanservice that make No Way Home incredible. Even the next Spider-Man movie will have a tough time following up on this one.