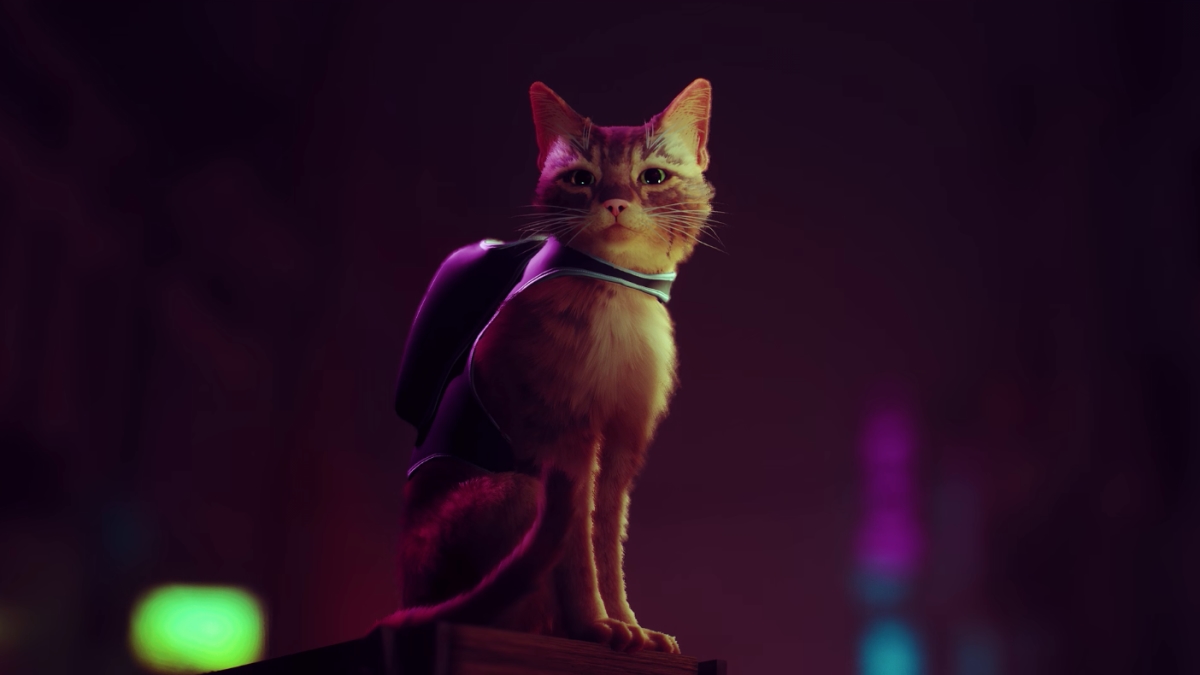 Stray, the latest game from Annapurna Interactive, is having a great launch week, and the game isn’t just popular with the people playing it. Cats seem interested in the game too, and their owners have been posting adorable pictures and videos online to prove it.

The game has players navigating a dystopian, cyberpunk world through the eyes of a stray cat who is trying to reunite with its family. Of course, there are plenty of cat antics that happen on screen, such as scratching with your claws and jumping onto places cats shouldn’t be. There’s even a dedicated “meow” button.

You can see why Stray would catch the attention of pet cats that may be hanging around the room while owners play it more than the typical video game would. Since there’s no such thing as too much cat content on the Internet, we’ve compiled some of the most wholesome pictures and videos of cats watching their owners play Stray for you to enjoy.

Below you can see SaucySione’s black and white cat taking interest in watching the main cat character in Stray move around the environment early in the game, even trying to paw at it at one point.

Laura Varley’s orange cat, who looks just like the playable cat in the game, is completely transfixed on the screen. You can see his attention doesn’t break even once throughout the 45-second clip.

We think that Sean McNelis’s cat wants to be inside the game to play with the other cats, as you can see by the paw on the screen.

Kendall’s cat Mina wants to get a closer look at the game, perhaps even offering to help out.

James Arbogast has two cats; one was desperate to hop in the game by pawing at the screen while the other one seemed completely uninterested.

Lhugy’s cat Vili made a friend in the protagonist and seems confused as to why the virtual cat won’t play back.

Luke Baldrige’s cat wonders why they used his likeness in the game without his permission.

Other owners are having a hard time playing the game because their cats simply won’t let them see the screen, such as this example below.

Brandon Farrington wonders if the developers tested the game around actual cats because he can’t seem to get his own cat to move out of the way.

Lorekeeper Jack says he has experienced many game-overs because his cat keeps getting in the way during fights, but it’s okay because she’s super adorable.

While this cat isn’t necessarily watching its owner play Stray, this video might be the most adorable example ever of life imitating art.

Maybe turning on Stray is the cure for cat zoomies if it can get them to sit still for so long.

Some feline friends might even be enjoying the game more than their owners, which you can tell by Emerson Brooks’s cat.

Who’s going to tell Maria’s cat that the kitties in Stray aren’t real?

Vashti’s cat is completely captivated, as you can see below.

And of course, I have to show off my own kitty, who was very worried about the cat stuck inside my controller.

If you can’t get enough of these adorable pictures and videos of cats watching their owners play Stray, a new Twitter account, aptly called Cats Watching Stray, is documenting them with posts and retweets.

If you’re eager to learn more about the game, you can read our official review of Stray right here. The game is out now for Playstation and PC.