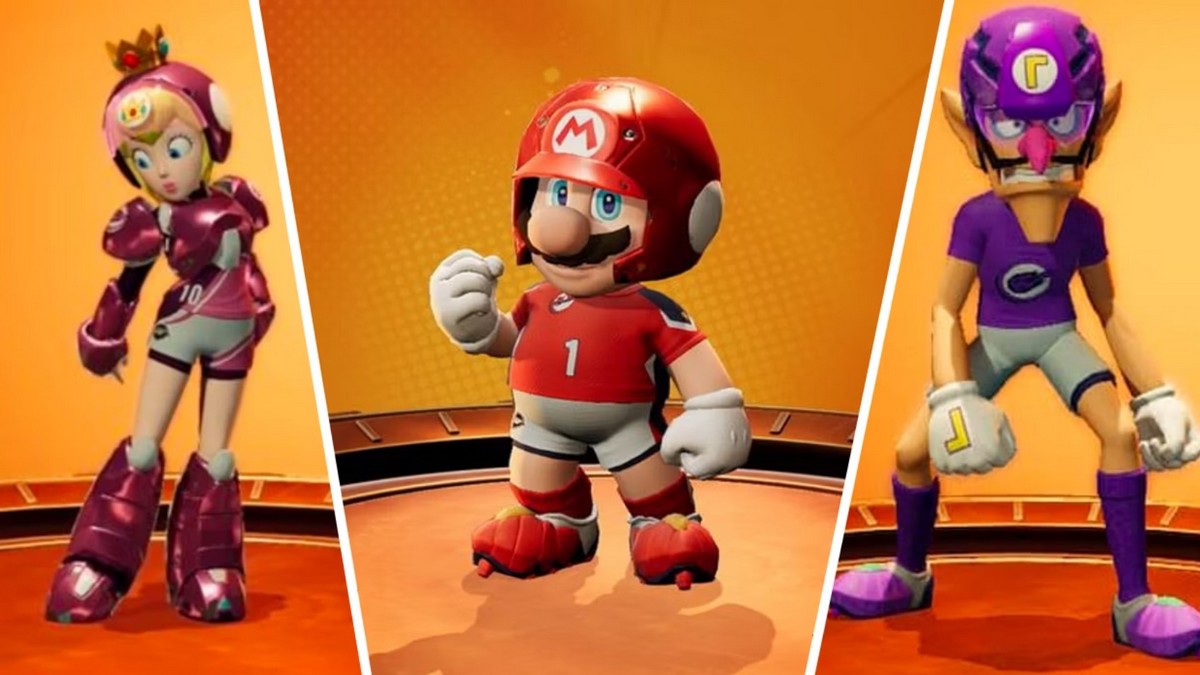 When it comes to Mario Strikers: Battle League, putting together a balanced team may not be enough, especially when you take into account all the various mechanics at play on the pitch. The use of gear also changes things up, and it is in every player’s best interest to enhance their team using these items. If you have been wondering about the best gear for every character in Mario Strikers: Battle League, we are here to help.

Gear in Mario Strikers: Battle League do help in improving the stats of your chosen team, but they always come with a tradeoff in other areas. Instead of trying to build a perfect team, it is more about specializations and balancing out a team that way.

When it comes to knocking folks off the ball and making sure nothing else fazes you on both offence and defence, having high Strength goes a long way in Mario Strikers: Battle League. Take full advantage of these characters with the following gear:

This will see an overall +10 in Strength, but -3 for Speed, Passing, and Technique, as well as -1 for Shooting.

Being fast has plenty of benefits, be it speeding away from chasing defenders or trying to make up ground after losing the ball. If you are in need of a speedster in your team, the following setup will enable these characters to blaze an even faster path on the pitch:

These items will help a character gain +10 in Speed, but -3 for Strength, Passing, and Technique, and -1 for Shooting.

Scoring goals will win you games, and even if your defence is leaky, as long as the scoreboard is in your favor, it doesn’t really matter. For those looking to create a scoring machine up front, be sure to add these gear to your arsenal for some pure shooting prowess:

This will see an overall +8 in Shooting, with the drawbacks of -2 for Speed, Passing, Strength, and Technique.

When facing formidable teams with good defence, it might not always be a good idea to rush into things and use raw strength. Instead, passing can be an effective method to bypass the opposition and set your team up for easier shots on goals. Construct the best passer in all of Mario Strikers: Battle League with these gear items:

This will see an overall +10 in Passing, but -3 for Strength, Shooting, and Technique, and -1 for Speed.

If you much prefer having a technician out on the pitch instead of relying on physical attributes, then this set of gear will definitely be helpful. With these items, you can create a master of both ball control and Hyper Strikes, which will certainly bring you closer to victory against most teams:

This will see an overall +10 in Technique, but -3 for Speed, Shooting, and Strength. Speed will also see an effect of -1.

Getting the Bushido Set in Mario Strikers: Battle League

When the option to purchase new gear items in Mario Strikers: Battle League becomes available, you will find all the above options available except for the Bushido Gear Set. In order to unlock the more Bushido items, you will need to complete Championship Cup on Normal Mode for the first time.

Due to its nature, characters can get the most out of its bonuses for all the stats save for Shooting.

Now that you have a better understanding of the best gear for every character in Mario Strikers: Battle League, it is time to show the world what you are made of. If you are looking for more help, check out the best defenders you can have in the game, master passing with regular and charged passes, or nail down the technique for perfect tackles. For everything else, please search Twinfinite.