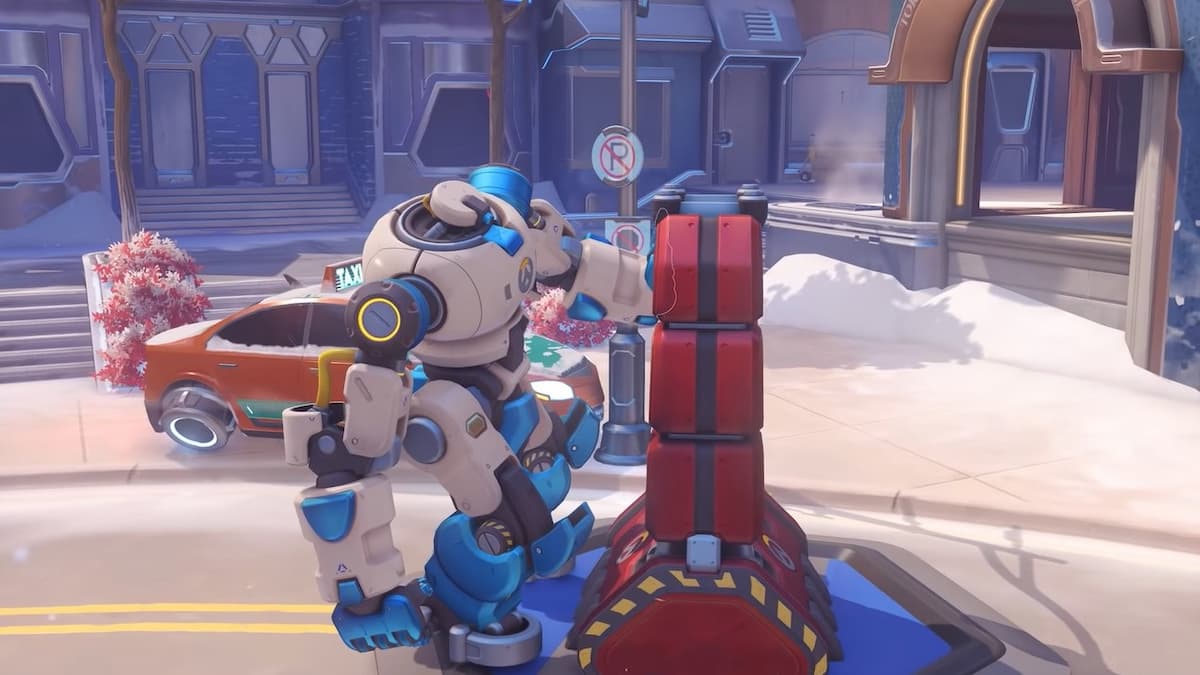 The arrival of Overwatch 2 means new characters, skins, maps, and game modes. One of these new game modes is simply known as Push. It’s essentially a combination of the Payload and Control modes from the original game but with the focus on a certain character and structure being moved. Here’s everything you need to know about who TS-1 and the Barricades are in Overwatch 2.

Who Is TS-1 & What Are Barricades in Overwatch 2?

First off, if it wasn’t obvious enough, both TS-1 and Barricades are integral parts of the Push mode in Overwatch 2. But before we take a look at that big friendly robot, you’ll need to know what the Barricades are.

What Are Barricades in Overwatch 2?

These tall structures are half of the equation to making Push mode work. The whole point of the mode is to push the barricade to the other team’s spawn. Once a team makes it all the way there, they’re declared the victors.

There’s also another way to win in Push mode if neither team is able to get the barricade all the way to the opposing spawn. Whoever has pushed the furthest and is currently pushing after time expires. If the team in control when time expires hasn’t pushed the Barricade further, then the game will go to overtime until the other team stops their progress or the team with less distance moves further and is uncontested.

These Barricades can also act as cover for the team that is pushing, but they don’t appear to be the Torb turret and Bastion nest that the payloads from the original game are.

Like Payload, you have to be close to something in order to move it. However, TS-1 changes things up a bit since the Barricade does not move on its own in Push mode. Players must be close enough to TS-1 in order for the robot to start walking towards a barricade and pushing it.

TS-1’s movement speed depends upon if it’s pushing a Barricade or walking toward one. If a team pushes just a bit, then the other team takes them out, TS-1 will turn around and quickly start moving in the opposite direction (assuming it has players of the corresponding team are nearby). Once the robot reaches the other Barricade, it’ll start pushing the wall and moving slowly again.