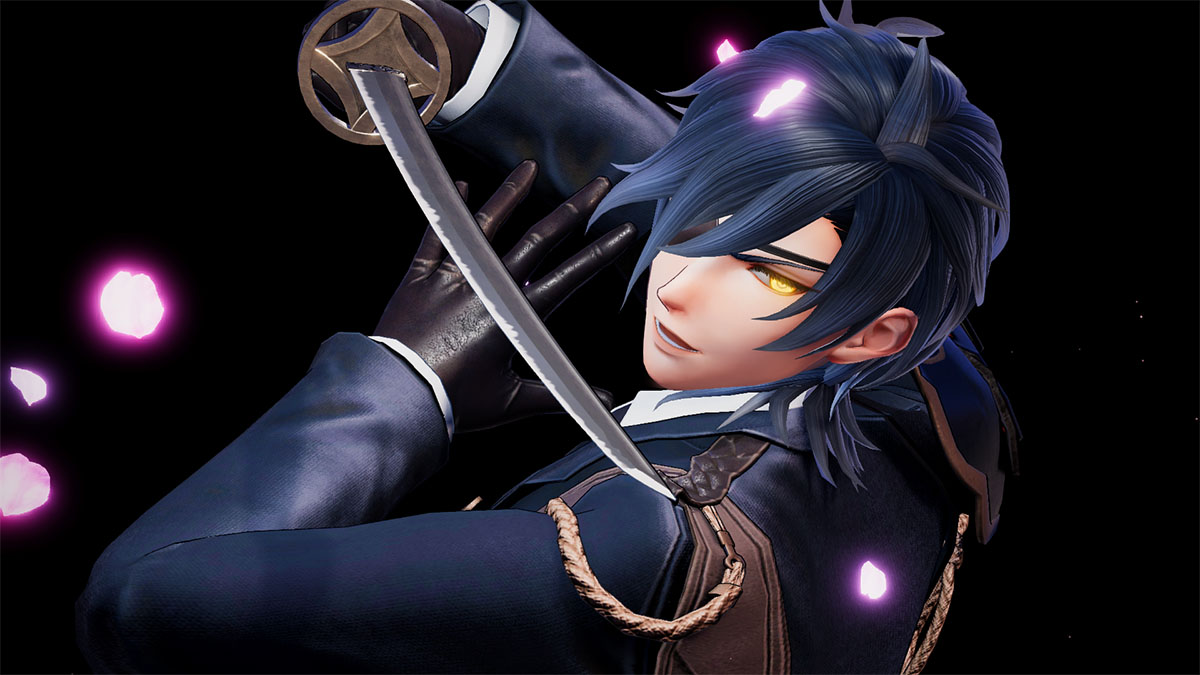 Touken Ranbu Warriors is getting close to its release in the west, bringing the popular Touken Ranbu franchise to the big screen.

It’s also a rare case in which a game in which Koei Tecmo’s otome franchise Ruby Party is involved is localized in the west, albeit this may change as you’ll read below.

Giuseppe: What prompted the idea of creating a Warriors game dedicated to the Touken Ranbu franchise?

Yet, at that meeting, NitroPlus came up with a counterproposal, saying that if we had to collaborate, why not do a Warriors game?

It also just happened to be around the time when a Japanese magazine had done a survey asking what franchise people would like to see collaborate with the Warriors series. Touken Ranbu ranked at the top.

All these separate elements fell into place and we saw it as a great opportunity and I also agreed that it would have been amazing to do a collaboration between the Warriors franchise and Touken Ranbu to create something great. That’s how the project started.

Giuseppe: Touken Ranbu is very popular among women. Do you think this game can find an expanded audience and perhaps even bring new fans to the Warriors genre in general?

Tomohiko Sho: We have been able to bring in a new audience, at least in Japan since the game has already been released here. We found that we have attracted a lot of new fans who have never played a Warriors game before, and they came on board because we collaborated with Touken Ranbu.

Now that the western release is coming soon, we’re hoping that we can attract people who are fans of Japanese anime, especially those featuring characters like the danshi (attractive boys). There are a lot of Touken Ranbu fans overseas, so think we can definitely say that we have been able to attract new fans who have never played before, and with the western release, I hope we can do the same overseas.

Giuseppe: On the other hand, do you think this game can appeal to traditional Warriors fans?

Osamu Mieda: It definitely has that exhilarating 1 vs 1000 style, which is the trademark of the Warriors series, so fans of the franchise will be able to enjoy it.

On top of them, the battle system has a lot of unique characteristics and Warriors fans will enjoy that. Even if you don’t know the Touken Ranbu franchise, we have an expansive story that we think anyone can enjoy, especially Warriors fans.

We have made sure to have many details that can be enjoyed not only by Touken Ranbu fans, but also Warriors fans and fans of action games in general.

Giuseppe: Could you talk about the challenges of translating a franchise born for a free to play browser game into a full-fledged console game?

Tomohiko Sho: The game is an app on smartphones and it’s based on 2D illustrations, while we’re making a 3D game with 3D models. On top of that, people expect a lot more volume of content from a console game. That’s something you don’t usually see in an app title, so that was a challenge.

People have seen the Touken Ranbu characters in anime and even stage plays, but there really weren’t actual 3D models created for them, so that’s something we had to do for the first time. That was in itself also a challenge.

The story in an app game is also not as robust as one would expect in a console game, and that’s another thing we had to pay attention to.

There were a lot of hurdles and some difficulties, but I think we managed to overcome them and make a solid game.

Giuseppe: The original game includes 99 characters. What was the criteria to choose those that would appear in Touken Ranbu Warriors?

Tomohiko Sho: Of course, if it was possible, we would have liked to include all 99 characters, but of course, that would have been difficult. We really wanted to pay special attention to the actions and emotions of each character that appears in the game, so we had to shrink the roster.

This is the first collaboration between Touken Ranbu and Koei Tecmo, and among our strengths, there is also the history of the Sengoku Era, so we wanted to have a story based on that history. That’s why we looked for characters from Touken Ranbu that are appropriate to that era.

On top of that, we also wanted to have a good balance among the weapons in the game.

Mei Erikawa: Since we were making a Touken Ranbu Warriors game, we definitely wanted to create an original aspect to it, and that ended up being a new playable character. That’s why we decided to include him. We also wanted to make sure that he had a key role in the story.

Osamu Mieda: Since the start of development, we wanted to include a new character, but it took us a lot of time to decide what kind of character he would be.

Mei Erikawa: As Ruby Party, we started to localize our games for overseas markets much later than the other brands at Koei Tecmo, so we had a late start.

A couple of years ago, we started expanding with some of our games in Asia, localizing them in Traditional and Simplified Chinese, and we found that there was a market there.

The next step for us is definitely to hit the western English-speaking markets, and we do want to be able to release our titles globally.

I think that in the future there is the potential for Ruby Party games to come out in English and I do think Touken Ranbu Warriors is helping to open the path for that.

Giuseppe: Are there any more Ruby Party games that you’d personally like to release in the west?

Mei Erikawa: Personally, I would like to see the Angelique series released. Specifically, last year in May we released the game Angelique Luminarise, and that’s a game I would like to see localized in the west, mainly because the story is a little bit more modern compared to past titles, and I think it’s really fitting for the times.

So I think that if we could release one in the west, that’s the one I’d personally like to see.

Giuseppe: Could you explain the reason why the PC version of Touken Ranbu Warriors isn’t coming to North America and Europe? Or perhaps, we can expect it at a later time?

Tomohiko Sho: Yes, we do plan on releasing it for PC for the west, and it will be announced on May 17 when you’ll publish this interview.

Giuseppe: You mentioned that this is the first collaboration between Koei Tecmo and Touken Ranbu. Does that mean that there will be more? Are there other NitroPlus IPs that you’d like to consider for a collaboration?

Mei Erikawa: In terms of collaborations with Touken Ranbu, currently there is nothing planned. Right now we have Touken Ranbu Warriors coming out in the west, so there’s nothing planned beyond that. Hopefully, if a lot of people like the game, it would allow us to consider making a sequel. Personally, I wouldn’t want it to end with just this one title and I would like to see the series continue, so I hope fans will purchase the game.

At the moment, there are no talks with NitroPlus about other collaborations, but this doesn’t mean that there won’t be anything in the future, we just don’t know what’s going to happen going forward.

Giuseppe: Is there anything else you’d like to share about the game or the Ruby Party brand with western fans?

Mei Erikawa: Touken Ranbu Warriors is the first game that Ruby Party and Omega Force have collaborated on, and among the Warriors games it’s probably one of the most gorgeous. I think this game has been made for fans of the IP and Warriors fans, on top of people who don’t know the series and even people that are completely new to action games.

In terms of Ruby Party, we’re definitely looking into expanding worldwide. That’s something we’d like to do and I hope we’ll have another opportunity to talk about it.

Tomohiko Sho: It’s not that Touken Ranbu isn’t known in the west, but even if you’re unfamiliar with the IP, the game is something that everyone can enjoy. The fact that it’s completely full of handsome boys sets it apart from other Warriors games, and I think this may be the only Warriors game that doesn’t have a single female character appear. That’s something completely new for the Warriors series.

Touken Ranbu Warriors is coming west for Nintendo Switch and PC via Steam on May 24.