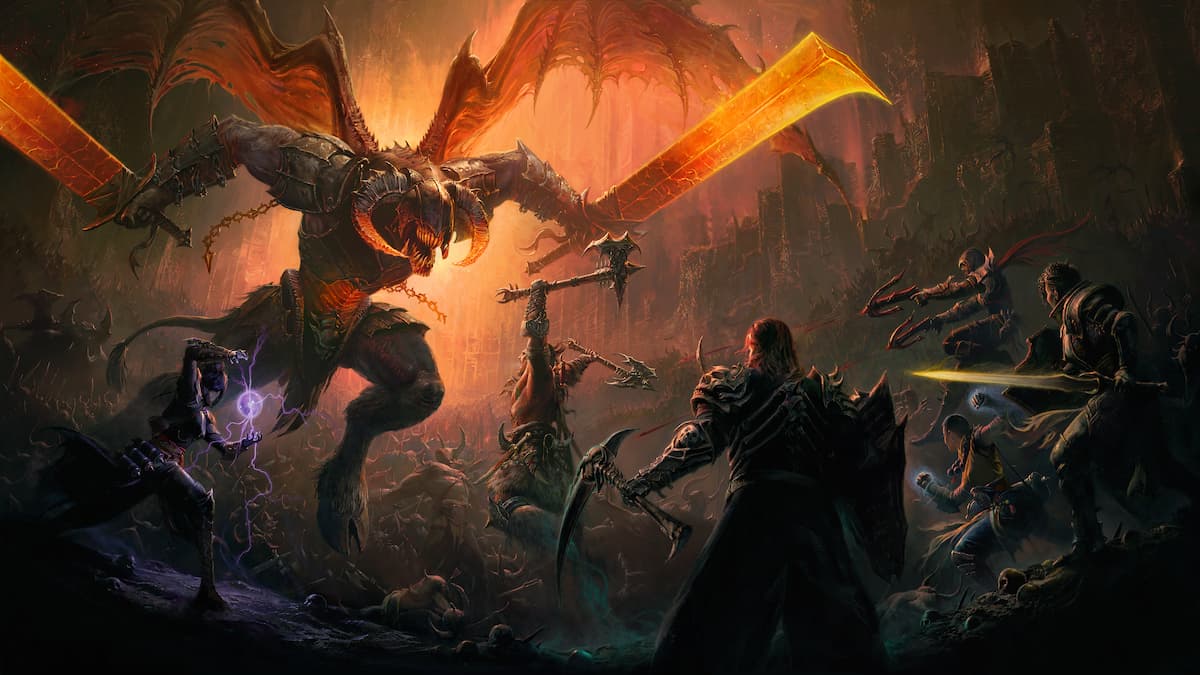 Diablo Immortal is the latest entry in Activision Blizzard’s popular looter-based ARPG series. Releasing on PC, iOS and Android devices as a free-to-play game, it’ll fill the gaps in the story between the events of Diablo II and Diablo III where Archangel Tyrael is presumed dead, the fragments of the shattered Worldstone are tainting the land, and Diablo’s minions are trying to harness their power to bring about the return of the Lord of Terror. Before you hop into your fight against the forces of hell, there’s some things you really should know about Diablo Immortal, so let us run you through them.

Cross-Save & Crossplay Between Mobile and PC

Yep, you read that right. As long as you’re logging into the same Blizzard account on your PC and mobile versions of Diablo Immortal, all of your progress in the game will carry over between the two platforms. That means you can grind out that loot on your PC in an evening, and finish off a quick quest when you’re commuting on your way to work the following morning.

Even better, it doesn’t matter whether your friends prefer to do their looting on mobile or PC, as the game features complete crossplay between mobile and PC. That means you can have a mixed group of PC and mobile players working together to stop the Lord of Terror from returning.

There are a few other ‘compatibility’ issues you’ll need to keep in mind for multiplayer, but we’ll get to those shortly.

The PC Version Is in Beta, So Expect Some Rough Edges (& Changes in the Future)

While the mobile version of Diablo Immortal is rolling out its full release later this week, the PC version will be in beta. This is likely because the game was only ever supposed to release on iOS and Android mobile devices, but after significant pushback from the community, Activision Blizzard decided to release the game on PC, too.

Given the game’s had a shorter amount of time in development, there’s a good chance there could be a number of bugs that will only really be identified when the game’s being played by the masses.

Further, the blog post announcing the PC version of the game did note that the development team “will continue to collect player feedback, make changes, and fine-tune this version of Immortal until we feel it delivers a finalized experience for all courageous adventurers.”

In other words, you might see a few minor tweaks here and there to how the game plays on PC, but don’t expect any major, sweeping changes to the general gameplay mechanics or features.

Microtransactions Are There, But Unobtrusive

It’s not often that microtransactions are something wholly welcomed by fans, but there are ways that developers can integrate them into the game to soften the blow a little. The golden rule tends to be that they shouldn’t feel ‘pay-to-win’ or affect the core gameplay in the slightest bit, and fortunately, Activision Blizzard has confirmed that the microtransactions in Diablo Immortal will be steering clear of doing any such thing.

“A lot of conversation went into our philosophy around it, like the optional purchases are always a bonus, they never circumvent core gameplay,” principal designer Joe Grubb told PCGamesN.

The Diablo Immortal in-game store will allow players to purchase different currencies, a Battle Pass, and ‘booster’ items to speed up Battle Pass progression or guarantee rewards from Rifts, but you won’t be able to buy specific pieces of gear or XP to level up and buff your characters without grinding out in-game.

Exactly what form the microtransactions will take remains to be seen, but we’d expect them to be live when the game officially rolls out on Thursday, June 2 so there’s not too much longer to wait.

You Can’t Change Servers or Play with People on Other Servers… So Coordinate with Friends!

This is the big one you’ll need to consider before you go eagerly joining any random server when you first boot up Diablo Immortal. Regardless of whether you’re playing on PC or mobile, you’ll only be able to play with people on the same server as you. To make choosing the right server even more important, you can’t change your server with a character once you’ve chosen one, so if you pick a different server to the rest of your friends, you won’t be able to play with them.

It’s not an ideal situation for multiplayer, but it’s not the first multiplayer game to limit players to playing with people on the same server or data center. Final Fantasy XIV, for example, requires players to be on the same data center — which hosts a group of servers — to play together, though players can change server every three months, and for a fee.

No similar system has been announced yet for Diablo Immortal, but with a bit of forward planning among you and your friends, you won’t have to worry too much about it.