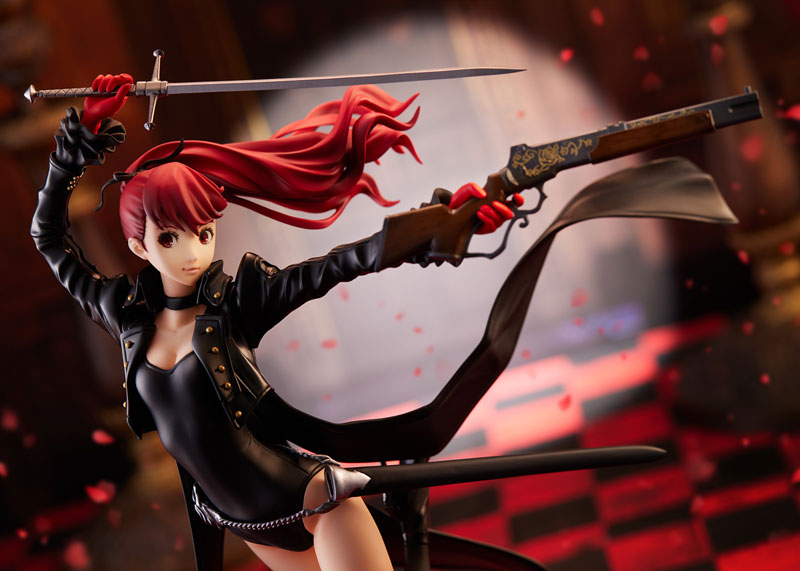 Amakuni and AmiAmi have made a figure portraying Kasumi Yoshizawa from Persona 5 Royal available for pre-order.

You can find her at AmiAmi for 22,000 yen, which translates approximately into $173.

She’ll be released in July 2023, so the lead time is definitely long.

The scale is 1/7 for approximately 25 cm in height. The prototype was sculpted by Vispo and painted by Pinpoint.

You also have a couple of accessories, like the optional mask and the alternate hand holding the gun.

If you’d like to see what she looks like, you can take a look at the gallery below.

Persona 5 Royal is currently available exclusively for PS4. If you’d like to read more, you can check out our review.

In other Persona news, Persona 5 is getting its very own slot machine by Sega Sammy, while plenty more figures are being released including a Nendoroid portraying the hero of Persona 3 and Popup Parade figures portraying Joker and Crow for Persona 5.

The franchise is currently celebrating its 25th anniversary year, and fans are waiting for some juicy announcements.