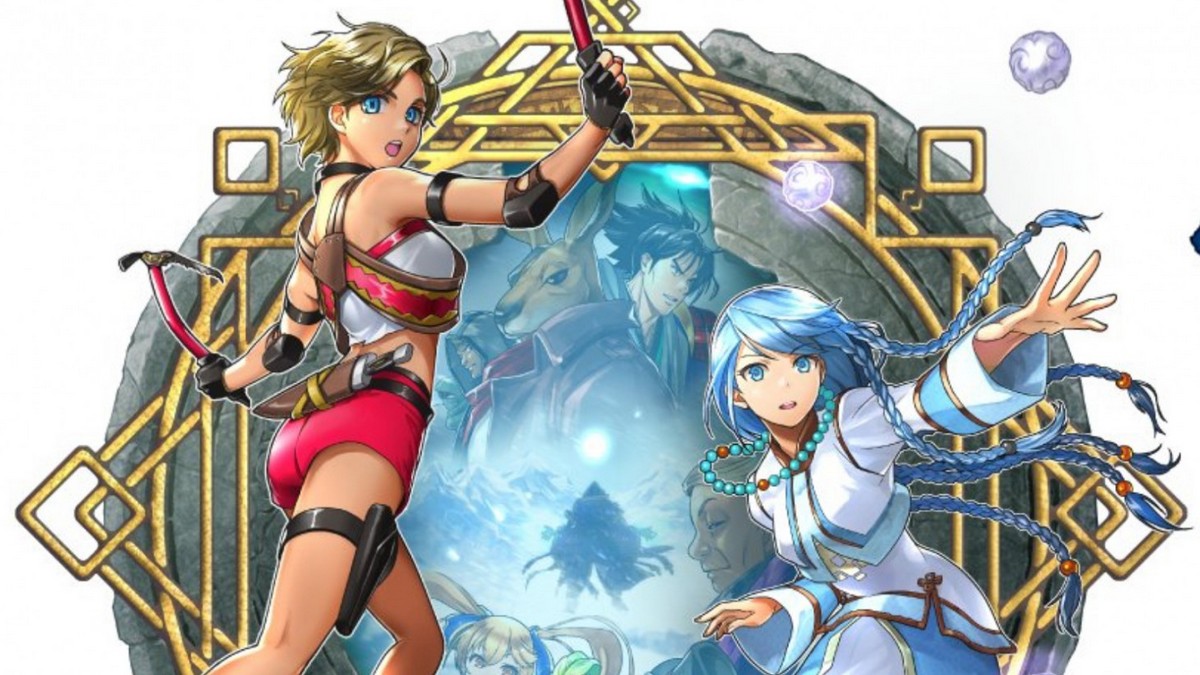 As a huge fan of the classic Suikoden series, it has been way too long since a JRPG delivered the same kind of amazing experience made possible by Konami back in the day. The themes of politics, corruption, revolution, and friendship dovetailed beautifully in each story, and nothing could come close to the enjoyable team-building process and town-building elements.

Set up as a more fast-paced action affair, Eiyuden Chronicle: Rising functions as a companion game that helps flesh out the world of Eiyuden as a whole. Without spoiling anything, players are transported to the continent of Allraan, arriving at a small mining town called New Neveah, and get drawn into a tale of treasure-seeking, mystery, and intrigue as an evil empire threatens the fragile peace of the world.

While it works pretty well as a self-contained story, it stars several characters that will appear in Eiyuden Chronicle: Hundred Heroes as companions, and judging from their personalities and backstories, we are going to be in for a good ride in the present and the future.

From the good-natured and brave CJ, to the heavy-hitting mercenary Garoo, and the magic-slinging Isha, each character has an important role to play in the events that follow in New Neveah. As you learn more about this world and the stories of your companions, tantalizing threads that connect to a wider, overarching narrative are teased every now and again.

While I do not know how the trio and other more outstanding individuals will fit into the next game, it is clear to see that the developers have a good grasp on creating memorable characters and relationships that make sense, and that bodes well for the future of the Eiyuden series. Even if Eiyuden Chronicle: Rising tends to be a little exposition-heavy like any other JRPG, the quality banter that flies around makes it a fun and engaging journey.

Speaking of journeys, Eiyuden Chronicle: Rising is a 12-15 hour long adventure that consists of 2.5D platforming, fast-paced combat, some light puzzle-solving, and plenty of resource gathering to help the town get back on its feet. In the aftermath of an earthquake, New Neveah lies in disrepair, and only by assisting the townspeople and venturing into the wilds can this town rise from the ashes.

Areas, including the different parts of town, are broken into sidescrolling sections, where players can attack and jump around, coming face to face with dangerous creatures or resources waiting to be harvested. As you continue to explore and progress the story, helping the people with fetch quests or conversations to fill out your Stamp Card, Eiyuden Chronicle: Rising begins opening up further.

Shops and vendors start appearing, selling better tools that can harvest rarer materials, making upgrades to armor and weapons possible, and more. This provides players with the impetus to continually head out on resource hunts, beating up the baddies, and earning valuable XP and the in-game currency of Baqua.

Need more space to hold your gains or want better meals that provide permanent stat boosts? Better clear those requests coming from the relevant shops. With 160 requests to get through to finish the various Stamp Cards, there’s almost always something to get done.

Much of that would mean getting out into the world, and similarly, combat becomes a more involved and entertaining affair as progress is made, and especially so once Garoo and Isha join up with CJ. CJ is great with fast and swift combos, but Garoo’s heavy attacks are perfect in nullifying enemies with shields. As for Isha, any foe vulnerable to magic or using magical shields is when she shines.

Rather than making it a turn-based team affair, Eiyuden Chronicle: Rising’s combat features a singular character at any given time, allowing players to switch between them at will. Time your attacks perfectly, and you can unleash even more powerful Link Attacks that look flashy and deal excellent damage at the same time.

This will come in handy not just against the selection of bosses, but also the common foes that populate the Great Forest, the Quarry, and other areas later on in the game. It is best to get familiar with these creatures and the loot they carry, as you will need to run through these areas to get the resources you need.

Eiyuden Chronicle: Rising also has some elements of a Metroidvania, gating certain areas to abilities that can only be gained as players dive deeper into the story. With upgrades and the necessary skills, the party can jump higher, dash in the air, destroy elemental barriers, and more, expanding the various locales even further. There are also accessories to equip to further bolster the party’s abilities, and the use of Rune Lenses to add in the elements of Fire, Ice, Lightning, and Earth to spice things up further.

That said, this cycle of familiar settings and enemies is not for everyone. Even if the story keeps driving you along and the fruits of your labor are tangibly presented, there are only so many fetch quests you can do until you get bored.

At least those requiring resources will often involve combat and exploring, but for the conversation-based ones, it becomes a chore just going from screen to screen to seek out who you need. The map, along with helpful quest markers, and the fast travel system are of immense help, but it does little to mask the problem of the repetitiveness of the tasks ahead. That same problem of overfamiliarity also applies to the enemy designs, with new areas often featuring palette and elemental swaps of enemies. Even for a shorter game, Eiyuden Chronicle: Rising recycles its enemies way too much for it to be ignored.

Resource hunting can also lead to moments of frustration, as you are quite dependent on RNG when it comes to more advanced materials. Unless Lady Luck is on your side, multiple trips would be needed to get all the resources needed for upgrades and quests, although there are accessories that help with that.

At the end of the day, it is quite impossible to look at Eiyuden Chronicle: Rising without thinking ahead to Hundred Heroes. On its own, it is a capable action-JRPG that looks great, with solid combat and platforming to keep players distracted from completing repetitive quests, but as part of the larger universe, it lays an inviting foundation for what is to come with well-realized characters amid a larger unfolding conflict. And as someone hoping for that Suikoden magic to be recaptured, New Neveah becomes an irresistible world to spend time in.