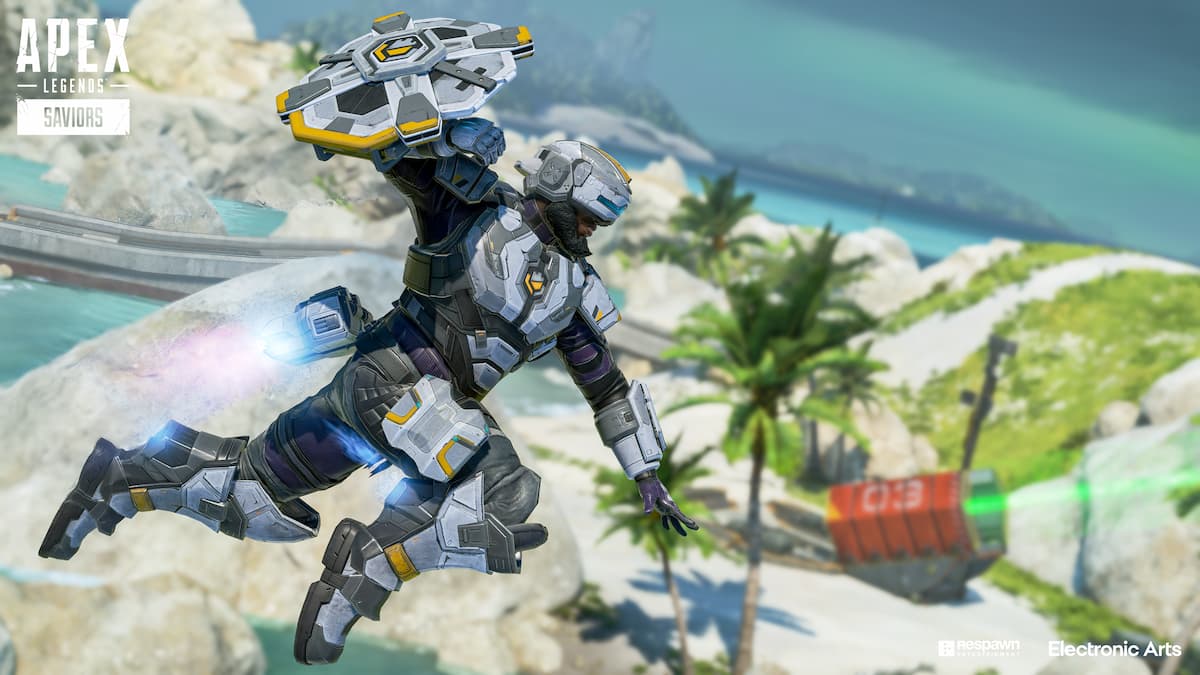 This new Legend brings a more defensive kit to the Apex Games, as he’s all about getting his teammates out of tough situations alive. For those looking to go into Season 13: Saviors as informed as possible, here’s the full list of Newcastle’s abilities in Apex Legends.

All of Newcastle’s Abilities in Apex Legends

Retrieve the Wounded feeds into the “no one left behind” mindset of Newcastle by giving him the ability to drag downed teammates to safety. When he does this, a shield will appear to defend both him and the downed teammate.

The shield will be the same strength/rarity as Newcastle’s Knockdown Shield, so it’s a good idea to start pinging those in Season 13 when he’s on your squad. This is reminiscent of Lifeline’s old revive shield, even though it serves a slightly different function and can actually be destroyed.

Newcastle can deploy a moving shield that protects anyone behind it as he advances. It’s an energy shield like Gibraltar’s, which means that enemies can walk through it if they’re close enough.

Unlike Gibraltar’s dome, though, the Mobile Shield can be destroyed in parts. There’s a top half and bottom half that can be destroyed separately, so it’s not completely infallible. The shield can also be redeployed to change directions if Newcastle presses the Tactical button/ key at another location.

Castle Wall allows Newcastle to leap into the air and slam down a shield that can prevent pushes by slowing enemies who touch it. There’s also an auto-lock feature to lock onto teammates as well, where you can leap to specific, chosen teammates using his visor to reach them and plant a shield down at their location.

This is perfect for aiding teammates who end up stranded or in a tough situation while separated from the rest of the squad. Newcastle will leap into action and create cover to, hopefully, turn the tide of the situation.

That’s everything you need to know about all of Newcastle’s abilities in Apex Legends. Be sure to read up on what’s new in Season 13: Saviors, including map changes, Ranked updates, and more before joining the fight.