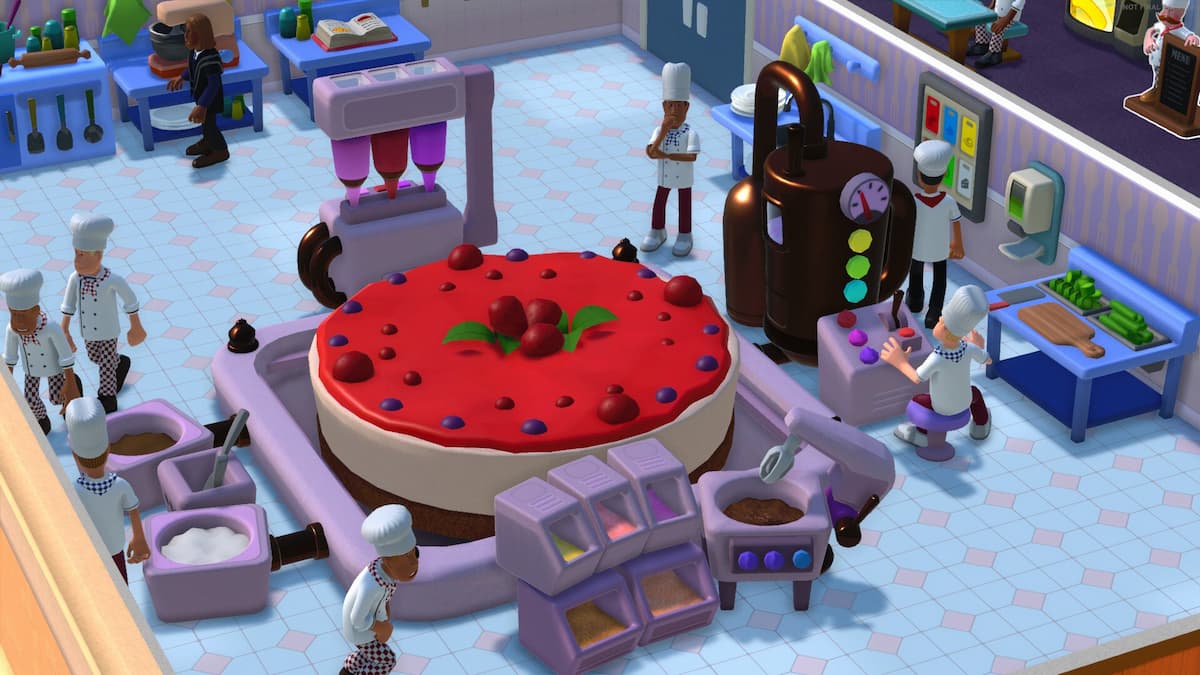 If you are a fan of the simulation genre, chances are good that you already know of Two Point Studios’ excellent work in the genre. Following on from Two Point Hospital, the team is gearing up for the upcoming release of Two Point Campus. Despite announcing a delay from its original May 17 date to August 9, the work-in-progress hands-on preview I had was already quite impressive.

At first glance, the visual stylings remain. After all, this is set in the Two Point universe, so expect the little people running around on the university grounds to look somewhat familiar. However, there is certainly more going on when you zoom in, with more work being done on giving them more emotions and expressions to truly reflect the ups and downs of campus life.

“We got a lot more into making the characters come alive, and there’s been a lot of animation work, a lot of underlying tech, so that if a character is going from a particular state of mind, whether it’s positive or negative, that is something quite unique,” explained Gary Carr, the creative director and founder of Two Point Studios.

“Because they have different reactions to different people that come in touch with as well, we didn’t want to just have that as a kind of one little animation. We wanted it to be a blend of many different things. You’ve got these kinds of nuanced behaviours, which is quite nice,” added Mark Smart, the art director.

That same attention to detail seems to be everywhere players will look in Two Point Campus. From being given the same amount of freedom when it comes to building stuff outdoors, improving both the simulation of academic and business progress, to a deeper relationship system, it is clear that the lessons learned from the studio’s previous games are being put to good use.

Starting with the tutorial level of Freshleigh Meadows, I was introduced to the basics of Two Point Campus in typical style. Build a few rooms, hire staff, and kick off the school year, everything appeared to be par for the course. It is only when the precious students come streaming in do you get a sense of the underlying potential in the game.

“You have to basically take them through this the stages of college life. Initially, it’s giving them a safe place to live and eat, find their social group, find themselves and become more confident and eventually get them on track for the strong education,” Carr elaborated.

These students have to study to get good grades, take part in all sorts of activities to fill out the school year, and form social relationships as part of their growing up process, and the player is able to influence all of that on some level.

It could be hiring the best teachers, ensuring that there are school clubs to join, and making sure there is space for social activities like a concert or party. Not everyone will be enjoying themselves, and striking that balance is at the heart of the simulation.

The social aspect is particularly intriguing, and as the developers shared, having strong social bonds can be a huge factor in the schooling years. Certain students might become “disenfranchised” with the lack of options that appeal to them, but having the “right friend groups can keep them loyal and grounded,” which makes them more likely to “stay even if they are failing.” There is still a chance of redemption for such cases.

As administrators, prep work is key, which is where the school year system comes into play. You have the power to choose the different courses on offer, whether you want to specialize in a few or broaden the campus’ horizons. This will impact the demands required of the school, be it for the grades, equipment, and utilities around. You can then use the lull period to make sure everything is in place before starting a new year. Rather than just a process of problem and cure, the time spent in Two Point Campus is a journey from enrollment all the way to graduation.

Perhaps you are the culinary type and want to create the best cooking school out there. You are going to need the best students and teachers around, and of course, to come in first at various cooking competitions. Getting the academic stuff in order is one thing, keeping your students and faculty happy is another.

Add to that requests from the students, other organizations, and the occasional anomaly of raining frogs and the like, and you will have plenty on your plate to juggle around. There is also the business side of things, so managing your finances and keeping students happy is a great way of being in the black.

There is also an interconnected ecosystem that adds more strategic layers to the game, with courses and facilities working in tandem with each other to liven things up. A gastronomy-focused school will always have wonderful food to serve, campuses that have room for aspiring bands might get a boost in their performing arts courses, and there is definitely more in the pipeline for players to think about when building their schools.

Carr further emphasized that what players will essentially hope to achieve is “building this infrastructure which has multiple facets, where you’re just trying to find a blend of students that work well together and they don’t all naturally work well together because we have this underlying system called the trait system. Students can be lonely, moody, overexcited, or a number of different things that could just change their personality and that plays out in the game through their interactions. So you’re kind of managing the overall situation having lots of people together.”

Having spent a few hours in Two Point Campus, it has become harder to jump back to Two Point Hospital with all the improvements made, and that is a good thing. There is simply more to do, more to care about, and having the freedom of choice to change things up gives you more ownership over the fate of your school.

With the game slated for a release in August for both consoles and PC, your academic journey will begin soon enough. Here’s hoping we are all ready to give these students a campus life to remember and set them on the right path, or at least have a great time doing it.